May 26, 2016: Cardinal Loris Capovilla, Secretary to St. John XXIII, Dies on the Feast of Corpus Christi* 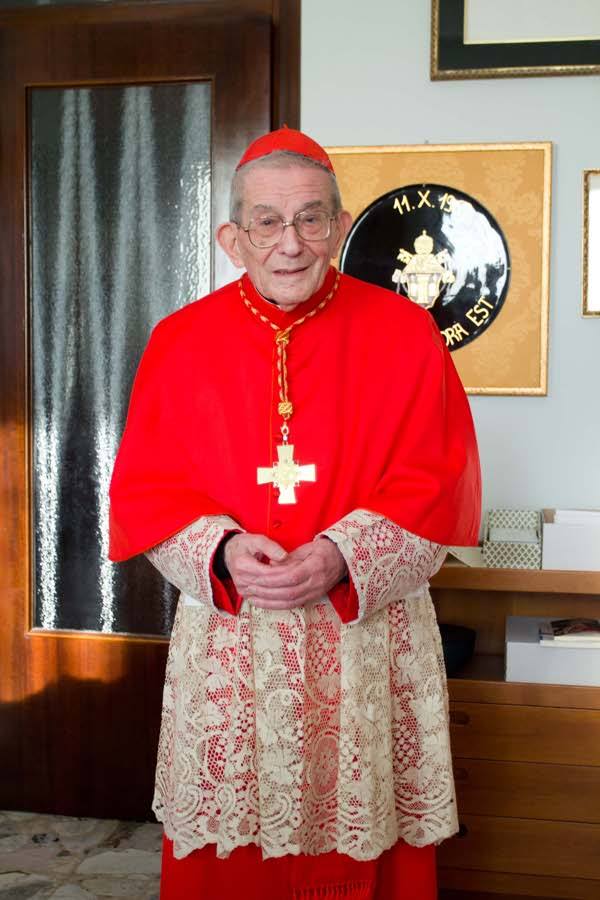 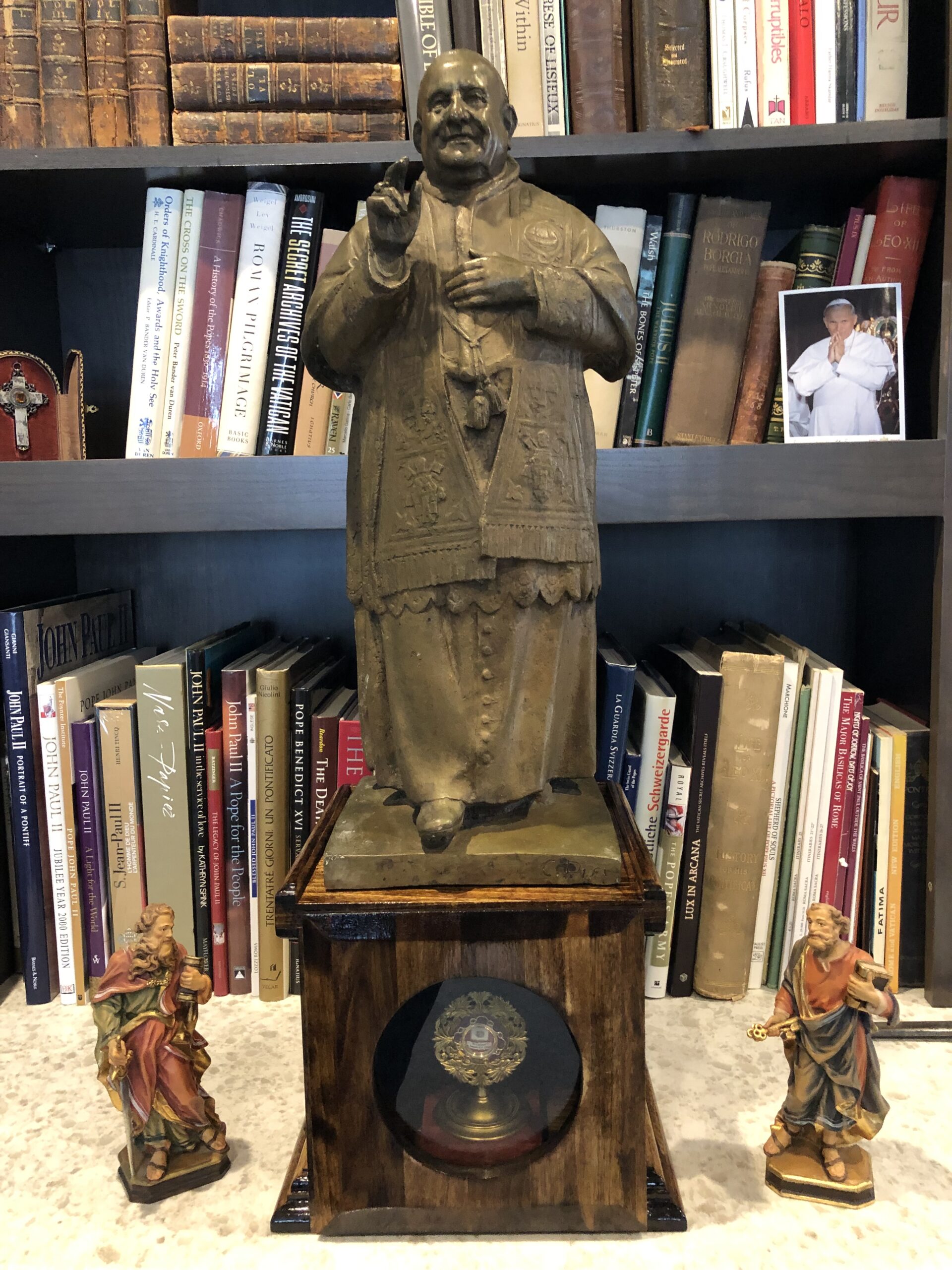 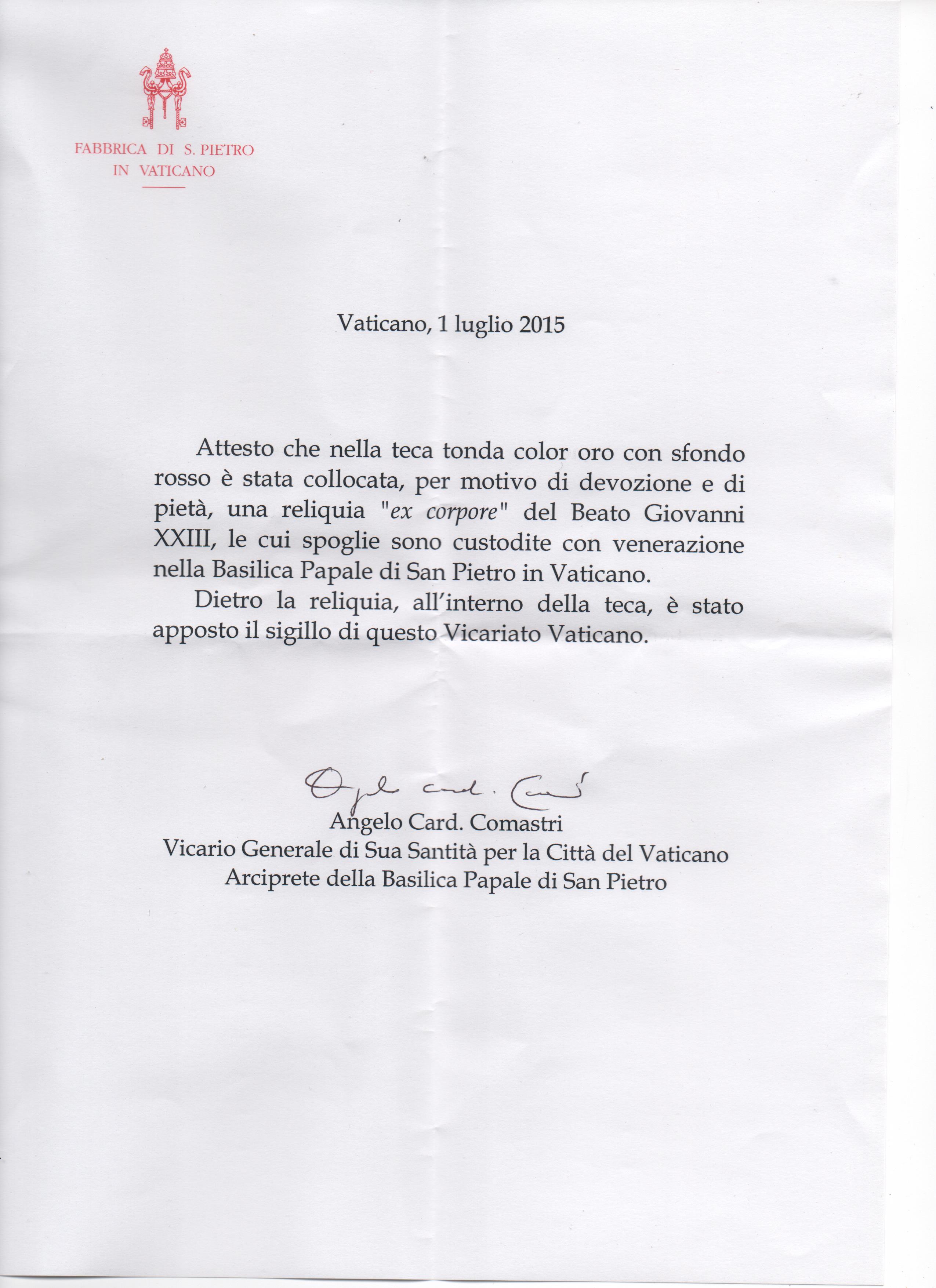 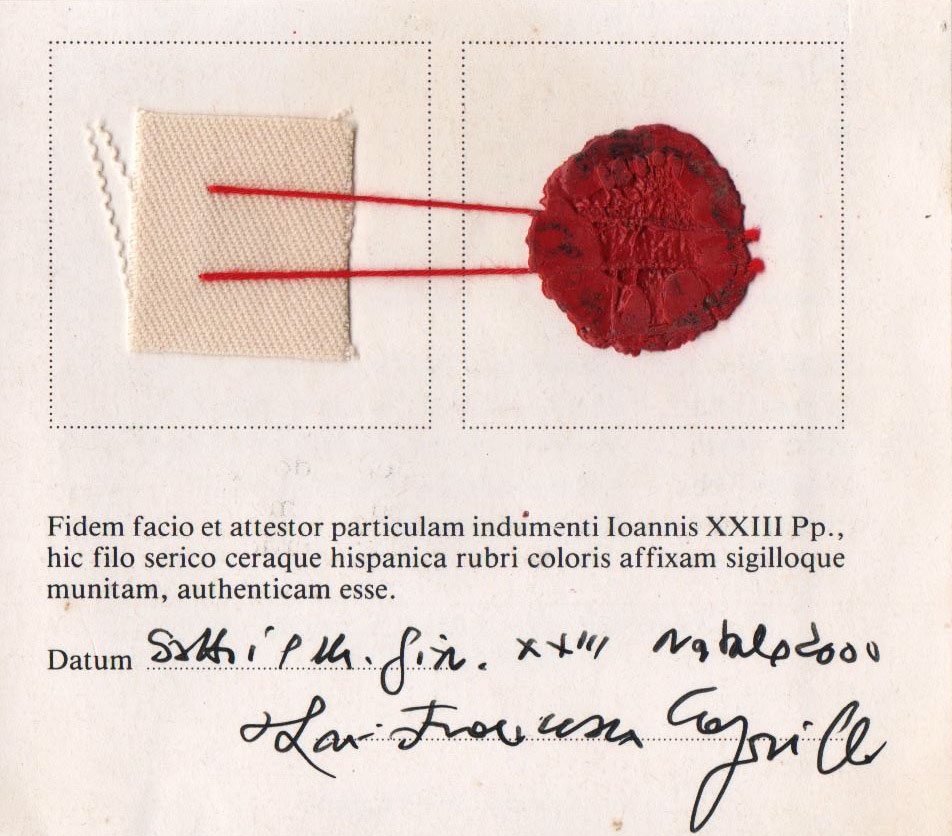 Cardinal Loris Capovilla is one of them.

The certificate of authenticity is dated July 1, 2015.  It states that Cardinal Angelo Comastri attests to the validity of the relic and that it is to be used only for pious devotional purposes.

The second relic is a white swathe of cloth from his papacy, suggesting it is an article of clothing worn by the Pope.  It is a second class relic.

Loris Francesco Capovilla,  was one of the oldest Roman Catholic bishops, and, since his elevation in February 2014, the oldest member of the College of Cardinals, died today, May 26th, on the Feast of Corpus Christi. 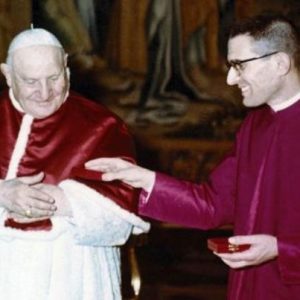 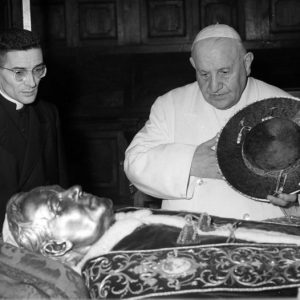 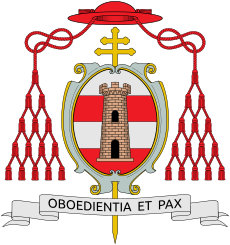 *Note: In most parts of the world, excluding the United States, the solemn feast of Corpus Christi is celebrated on May 26th.