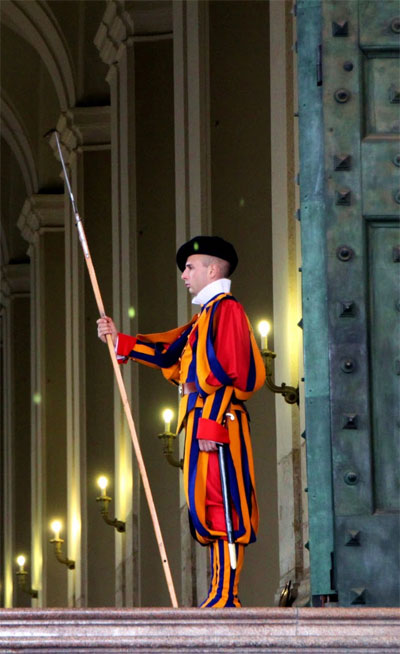 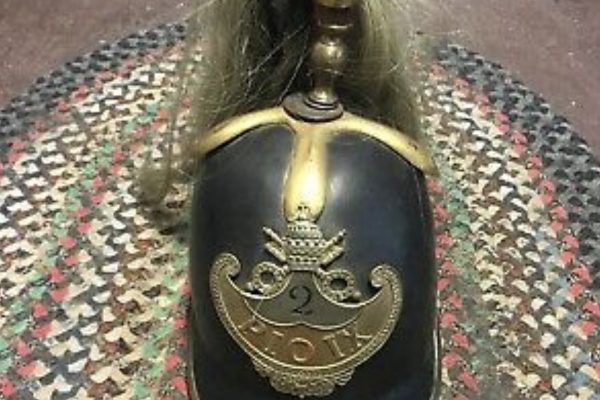 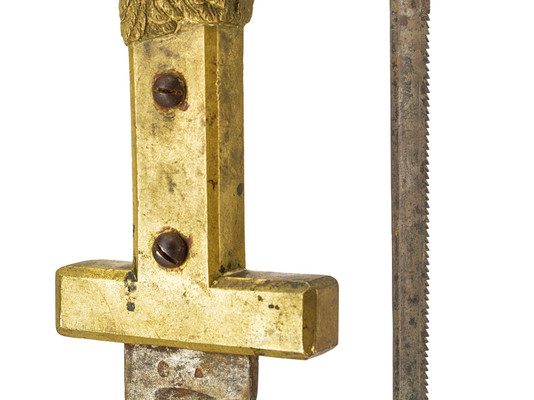 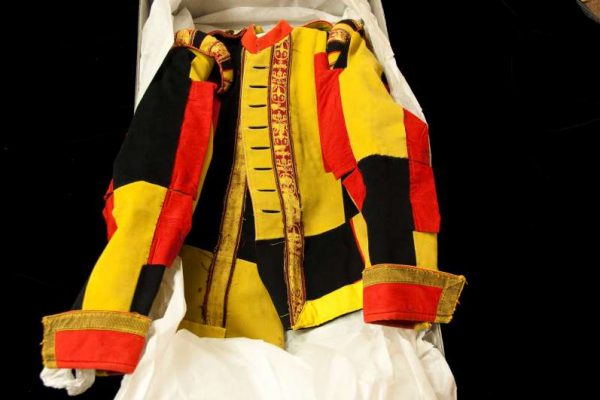 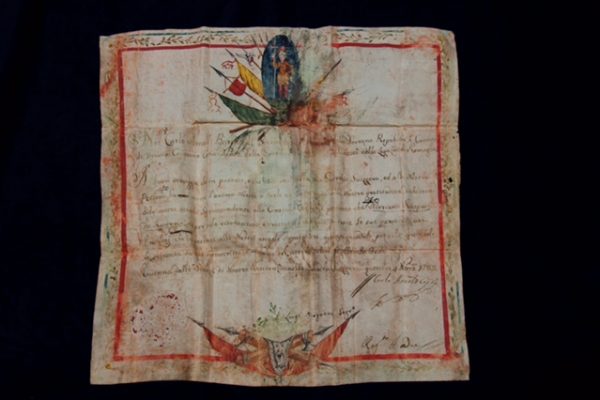 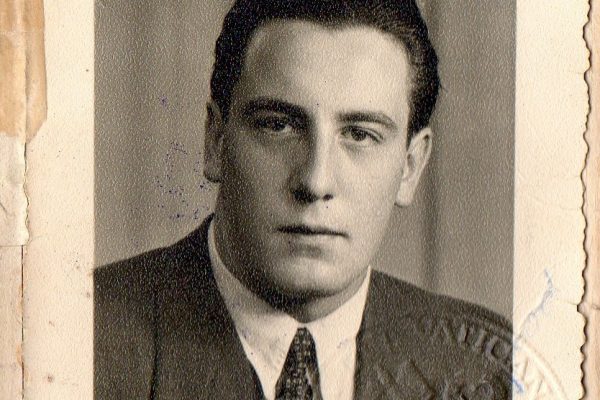 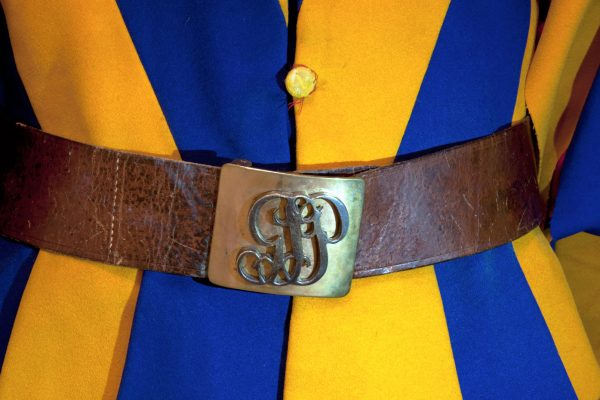 Swiss Guard Uniform from the Pontificate of Pius XII 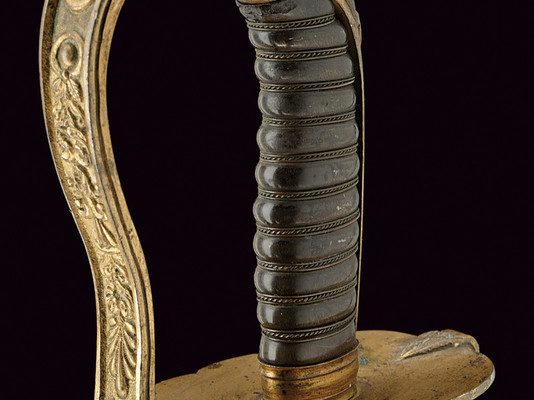 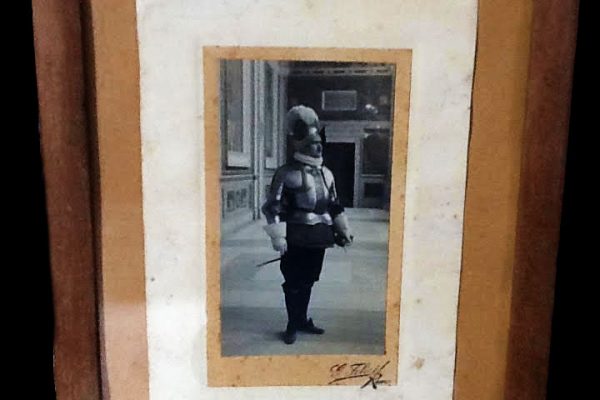 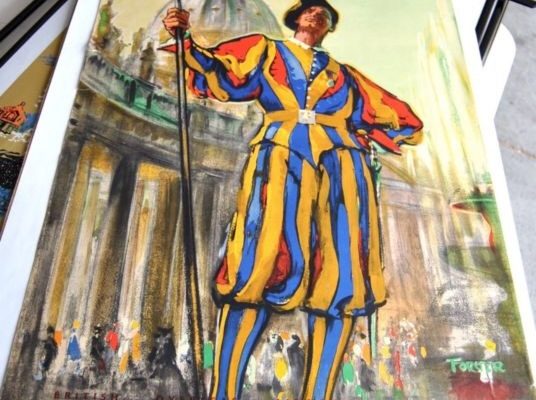 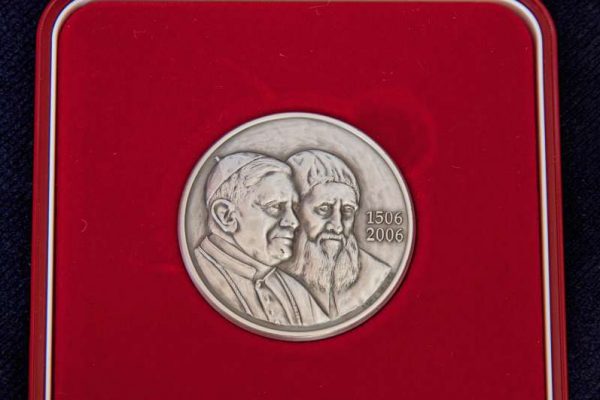 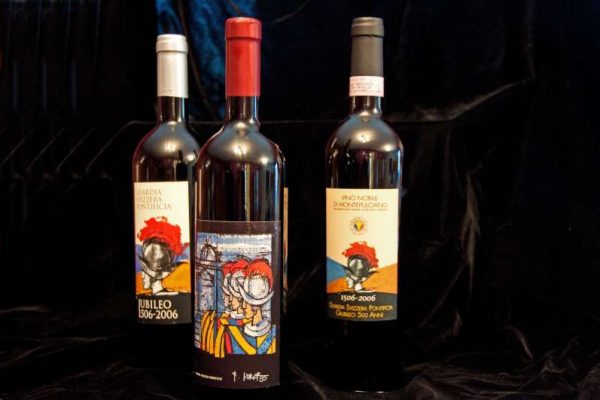 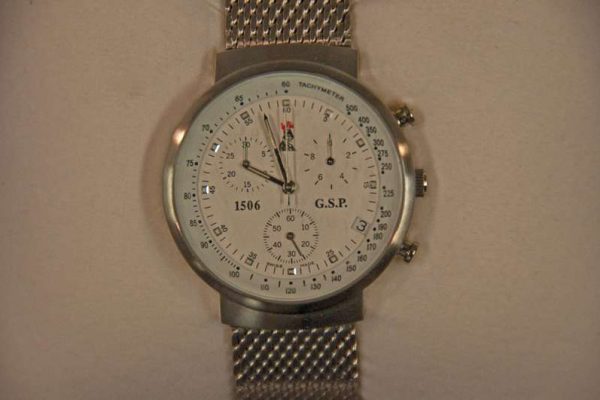 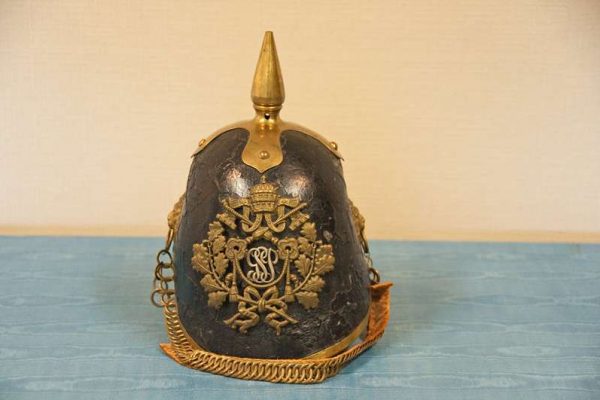 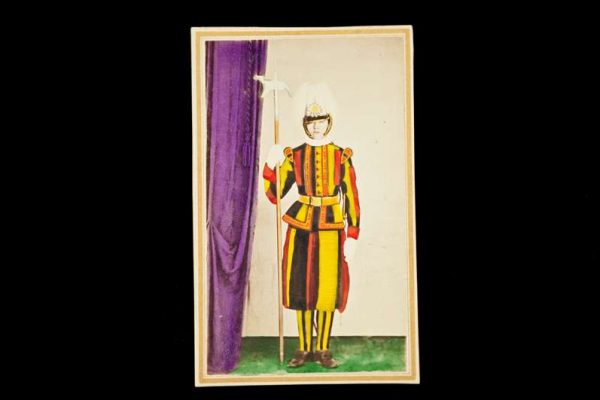 Hand-Painted Photo of a Swiss Guardsman 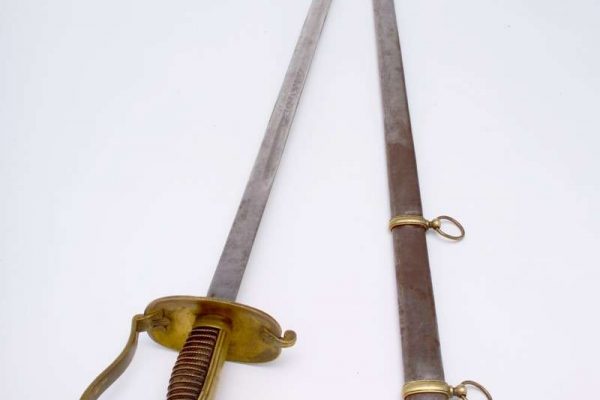 Sword of the Swiss Guard Used for Ceremonial Purposes after 1870 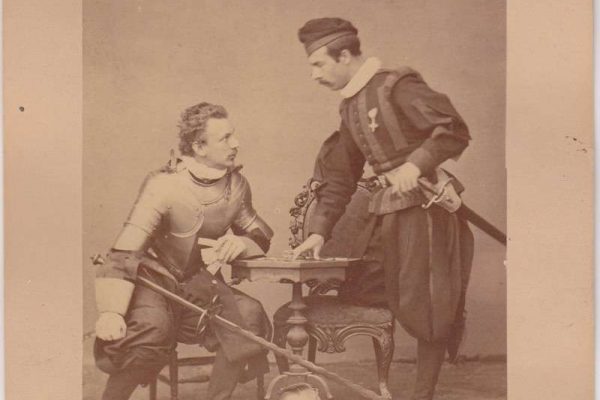 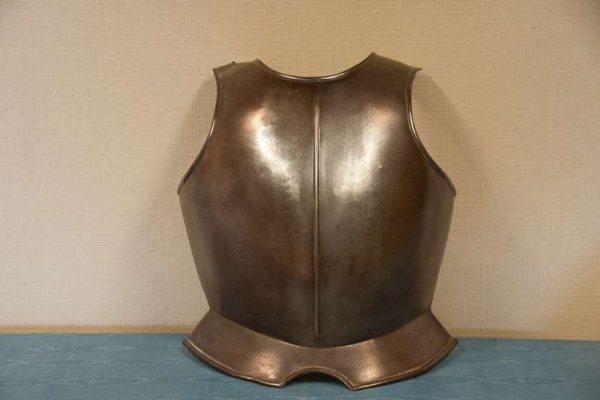 Breast Plate of the Swiss Guard 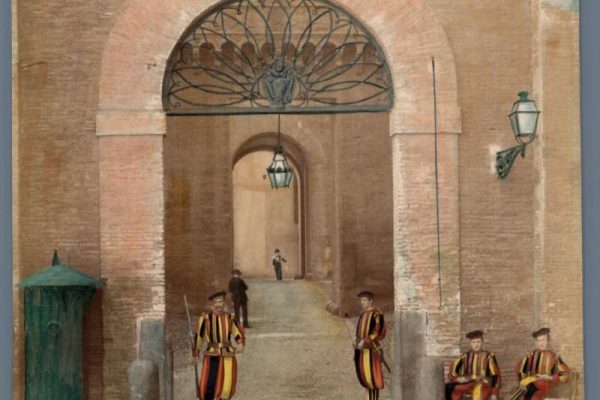 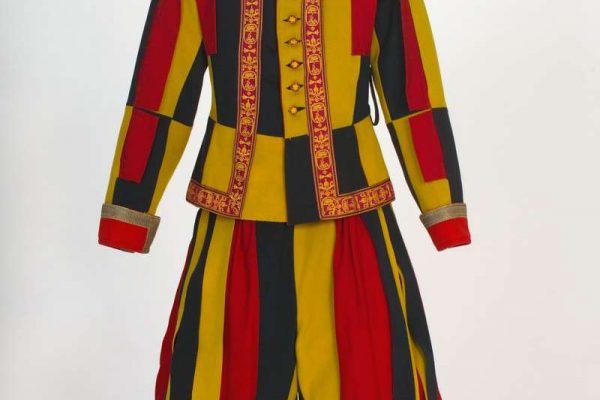 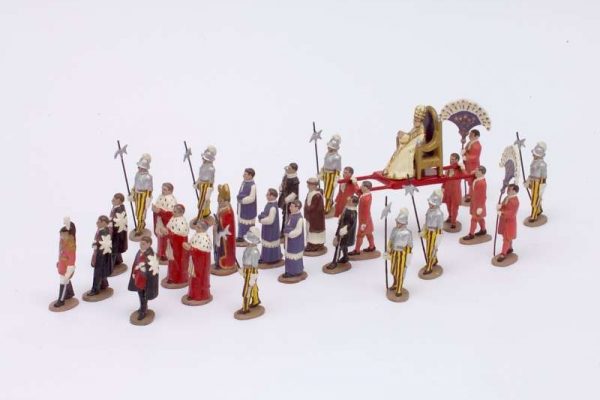 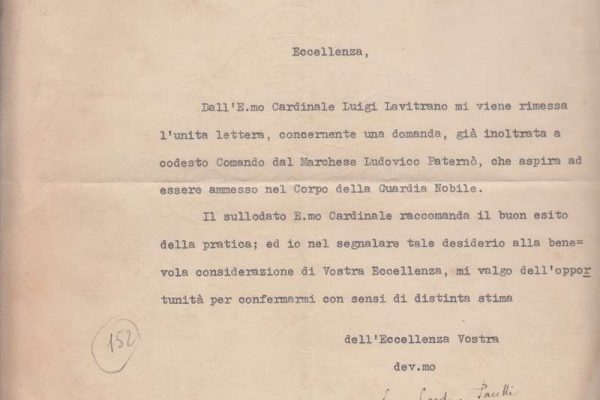 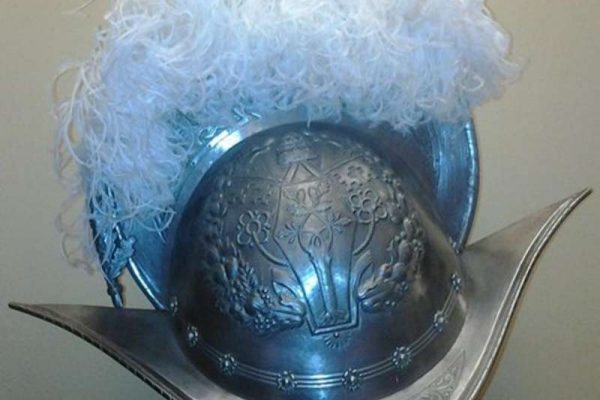 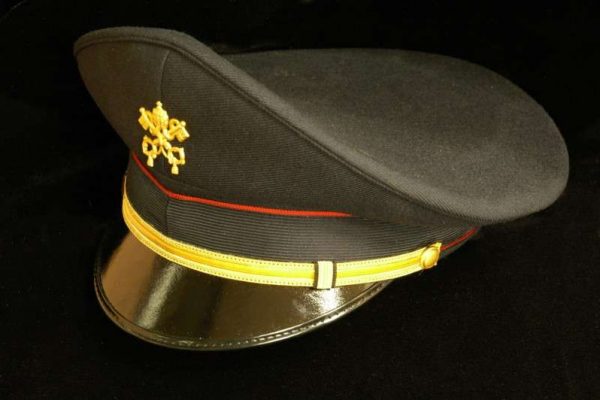 A Police Hat from the 1970s Vatican Police 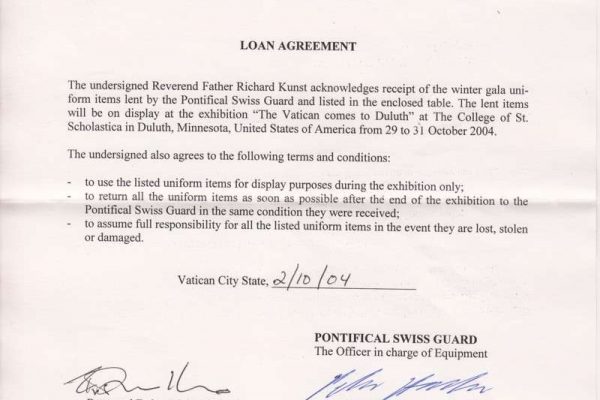 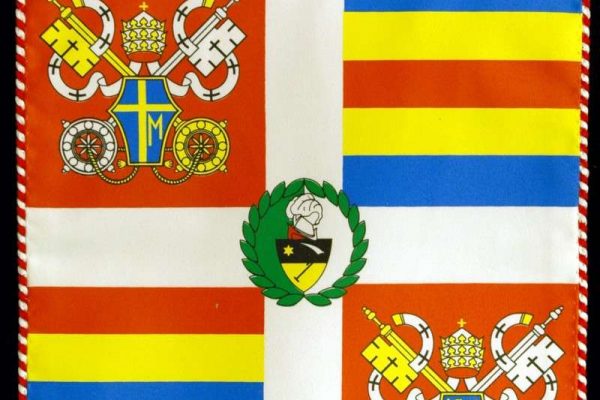 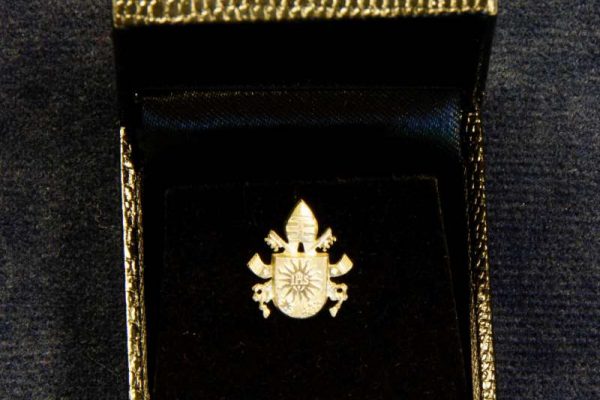 Lapel Pin with the Coat of Arms of Pope Francis, Made Specifically for the Swiss Guard