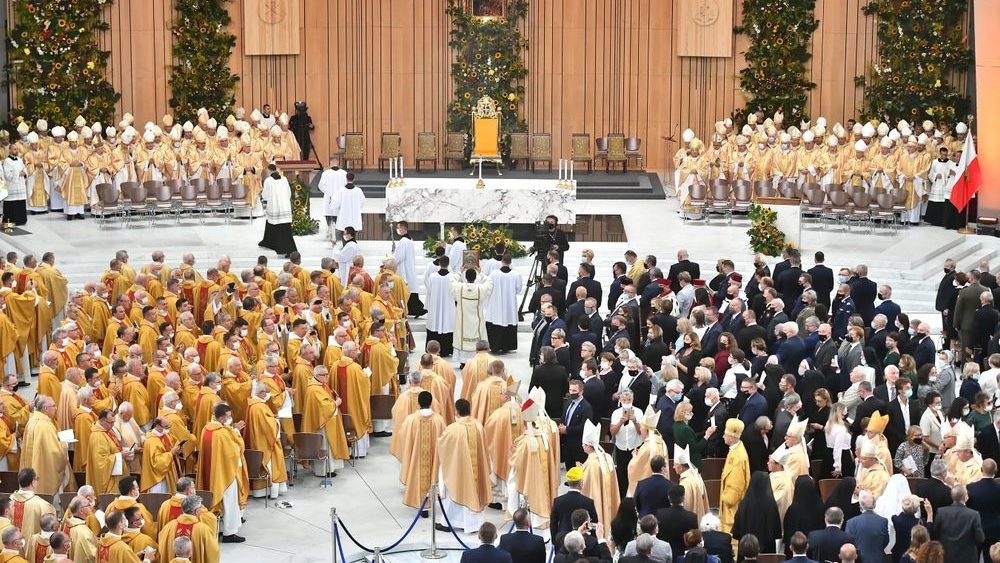 A beatification mass for Cardinal Stefan Wyszyński and Mother Elżbieta Czacka has gathered crowds of people at the Temple of Divine Providence in Warsaw, including Poland’s top officials.

The mass was said by Marcello Semeraro, the Vatican’s prefect of the congregation for the causes of saints.

During the Holy Mass, Semeraro red out a letter from Pope Francis, officially declaring Wyszyński’s and Czacka’s beatification.

Semeraro said in his homily that Wyszyński’s life “was marked by numerous ordeals which he faced with trust and determination.”

Speaking of Czacka, Semeraro praised her service to the blind.

“Afflicted at the age of 22 with a total loss of sight, she decided to devote her life to the service to blind people, who at that time could not count on aid or education in Poland,” the Vatican official said.

Polish President Andrzej Duda said before the mass that Wyszyński “greatly contributed to our survival as a nation, as Christians, as Catholics,” adding that the cardinal “lived in one of the toughest times for the Church in Poland.

“And he survived and was able to overcome the difficulties, retaining great dignity,” the president added.

Mateusz Morawiecki, the prime minister, said in a Facebook post that Poland welcomes Wyszyński and Czacka among those beatified by the Catholic Church.

Cardinal and Polish Catholic Primate Stefan Wyszyński (1901–1981), who is considered a national hero and often called the Primate of the Millennium, was made a cardinal on 12 January 1953 by Pope Pius XII.

He is credited for the survival of Polish Christianity in the face of repression and persecution under communist rule between 1945 and 1989. He was imprisoned by the communists for three years.

The case for his beatification and canonisation opened in 1989 and had many supporters in the Vatican and his native Poland, where he is revered for his heroic and principled stand against Nazism and Communism, and because of his connections to Polish-born Pope John Paul II.

Elżbieta Czacka (1876-1961) was a Polish Catholic nun who was blind. She was a pioneer in the study of blindness, adapting Polish phonetics into the Braille alphabet, which ultimately became mandated in all schools for the blind since 1934.

Here is a Rome Report before the Sept. 12th Beatification. Blessed Wyszynski, Pray for Us!