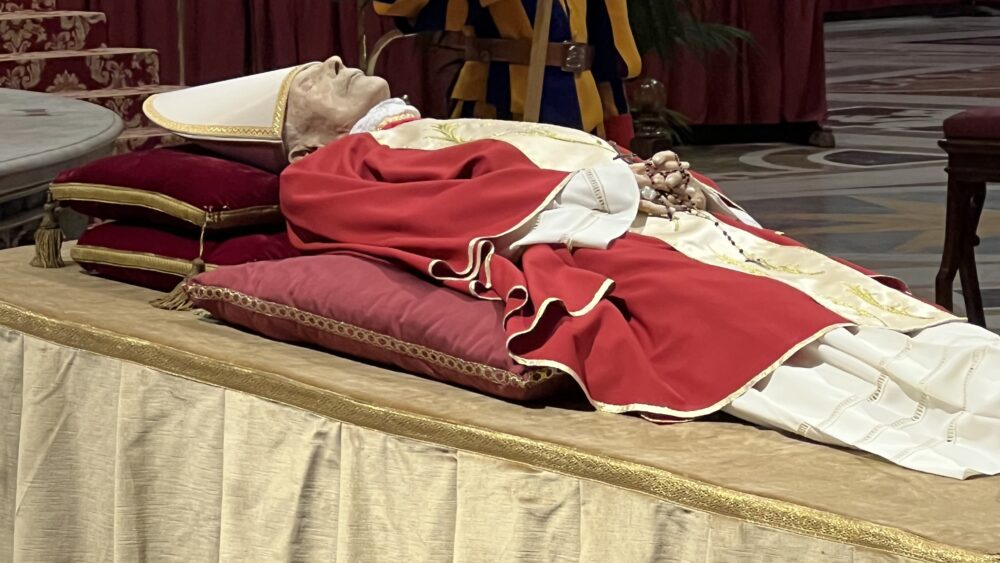 Where will Pope emeritus Benedict XVI Be Buried?

One of the questions following the death of Pope emeritus Benedict XVI is where he will be buried.

The Holy See has confirmed that the Pope emeritus’ body will be moved to the Crypt of the Popes at the end of Thursday’s funeral.

His remains will rest in what was the tomb of St. John XXIII until 2001 and that of St. John Paul II until 2011, before both were moved to the Basilica above.

This is one of the chapels in the Vatican grotto that is closest to the tomb of St. Peter. It is decorated with a relief image showing Mary and the child Jesus.

The tomb will not be carved in stone or marble like other papal tombs. Rather, it will be a tomb in the ground and sealed with a tombstone like that of Pope Paul VI.