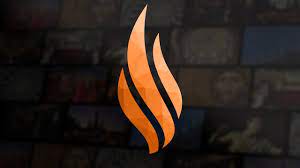 The Second Vatican Council Commenced on October 11, 1962–60 years ago. Word on Fire has put together a miniseries to acquaint us with the workings of this council. We are happy to share this information with you, beginning with Session I. We hope you take the time to avail yourselves of this information! Thank you, Word On Fire and Dr. Richard Declue!

From 1962-1965, Catholic bishops from around the world gathered for the Second Vatican Council, known as Vatican II. There is still much confusion surrounding Vatican II, stemming not only from a lack of familiarity with the Council’s documents but also from a lack of understanding about how its various teachings fit together.

In this miniseries, Dr. Richard DeClue sheds light on precisely what the Catholic bishops discussed and debated at Vatican II, and he explains why it is important for Catholics today to understand.

A&C Lecture 1: What is the Second Vatican Council?

In this lecture, you’ll receive background information on the Second Vatican Council and an overview of the ecumenical councils. Dr. Richard DeClue, the Cardinal Henri de Lubac Fellow of Theology at the Word on Fire Institute, guides you through the documents and puts to bed the common misconception regarding whether Catholics have a choice in assenting to Vatican II.

What constitutes an ecumenical council? An ecumenical council is an extremely rare occurrence, a “solemn” exercise of episcopal power (CCC 884). We hope you enjoy this series; you can learn more about the Catholic faith through courses, forums, and community at the Word on Fire Institute. Hope to see you inside!