Blog
Papal Artifacts / News / The Papacy: The Father over the Household
Aug 17 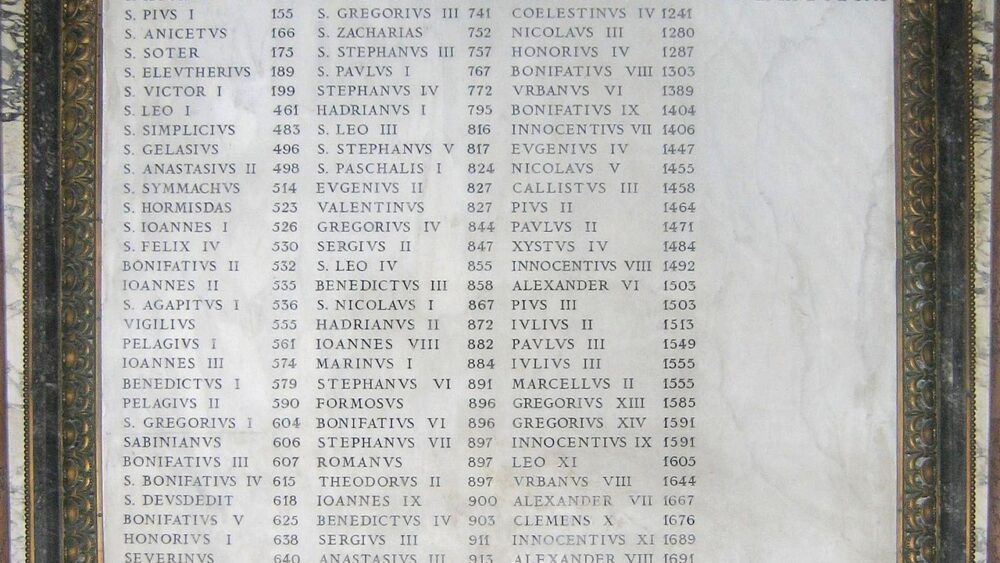 The Papacy: The Father over the Household

What follows is a wonderful commentary from the Book of Isaiah, Chapter 22, which describes the “al-habbayit,” the father of the household and the forerunner of St. Peter, the first Pope (Papa/Father).

With thanks to the Bible in a Year with Fr. Mike Schmitz & Jeff Cavins, Day 201: The Keys to the Kingdom

Papacy – The Father over the Household (Prophesized in Isaiah)

In order to understand the Papacy, we need to put on the lens of the Israeli Kingdom, not this 21st-century lens. The King was the supreme authority, but when he was going away, he would give all governing authority to the “al-habbayit” he would give him this big Key that he would literally carry on his shoulder. He would have the same authority as the king, along with authority he was also given the responsibility to be a father to the people. As we read the below verses we can read about the authority and the role of the al-habbayit/stewart/father over the household.

“In that day I will summon my servant, Eliakim son of Hilkiah.  I will clothe him with your robe and fasten your sash around him and hand your authority over to him. He will be a father to those who live in Jerusalem and to the people of Judah.  I will place on his shoulder the key to the house of David; what he opens no one can shut, and what he shuts no one can open.  I will drive him like a peg into a firm place; he will become a seat of honor for the house of his father. All the glory of his family will hang on him: its offspring and offshoots—all its lesser vessels, from the bowls to all the jars. Is 22:20-25

This prophecy is fulfilled when Jesus instituted Peter as the first Pope (Papa/Father) the “al-habbayit”.

And I tell you that you are Peter, and on this rock, I will build my church, and the gates of Hades will not overcome it. I will give you the keys of the kingdom of heaven; whatever you bind on earth will be bound in heaven, and whatever you loose on earth will be loosed in heaven.” Then he ordered his disciples not to tell anyone that he was the Messiah. Mat 16:18-20

The concept of the papacy is not something new that was introduced by the catholic church it’s seen back in Isiah. The al-habbayit who had the key which opened the gates of the kingdom and the treasury, he had the authority to bind and loose. The first pope Peter did this very role, we can see the evidence in the Acts of the Apostles and other letters – they would always consult Peter on doctrine. This did not end with Peter, it was handed down to Linus, and Clement (who are mentioned in the NT).

We can trace back – every single Pope, it’s not fiction it’s history – you can find all of the 266 Popes listed here https://en.wikipedia.org/wiki/List_of_popes

As we know Jesus did not give us a book, He gave us a Church. This authority was passed down even until this current day Pope. Although there have been bad Popes, there have been far more good ones. God who led Israel with good and bad leaders – continues to lead the Church with good and bad Pope. Even Peter was not faultless – remember he denied Jesus 3 times, but Jesus gave him a second chance and asked him if he loved him, and commissioned Peter to feed his lambs and tend his lambs.  The Pope was given the keys to the kingdom to bind and lose, the church has used this authority to further explain the teachings of Jesus in the form of dogmas, canon law, teachings, catechism… A lot of inspired teachings from saints, fathers of the church, holy men, and women over the centuries are what shape and form the church teachings, they are all guided by the Holy Spirit.

Of course, the Pope does not just decide everything, there are councils and synods and various levels of prayerful discernment for something to become an official church teaching. A good example would be – If I gave you my car keys, you could drive wherever you like but if you try to sell my car, no one will buy it because it is registered in my name. The Pope cannot make changes just as he feels inspired, just because he has the key, there needs to be an agreement with the church and with heaven.

Let us love being part of the true flock of God, the flock that has the genuine al-habbayit, the father of the household, the Papa, the Pope.