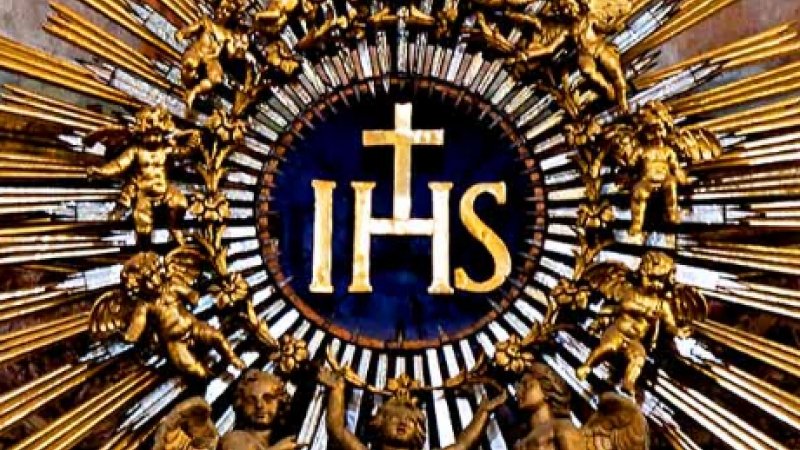 The Feast of the Most Holy Name of Jesus & Popes

Traditionally, the month of January is dedicated to the Holy Name of Jesus

Devotion to Jesus’ name dates back to the time of the apostles.  Over the years, the Franciscans and many saints have promoted devotion to his holy name.  St. Bernard (1090-1152) wrote a hymn about it.  St. Bernadine of Siena (1380-1444) was instrumental in having the name of Jesus added to the Hail Mary.

Pope Sixtus V (155-1590) even granted an indulgence for praying, ”Praised be Jesus Christ.”

Since the end of the 15 century local parishes have celebrated the feast in various times throughout the liturgical year—usually on the Sunday between January 1 and 6.

In 2002, Pope St. John Paul II restored the feast as an optional memorial for the first free day after January 1.