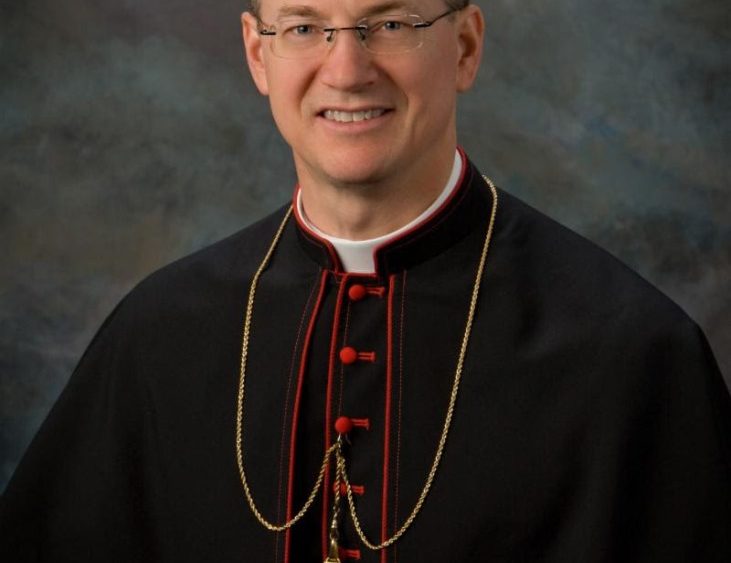 The Diocese of Duluth, MN Mourns the Death of Bishop Paul Sirba: Requiescat in Pace

We extend our sympathy to the Diocese of Duluth’s clergy, laity and friends upon the death of their beloved bishop, Paul Sirba. He died unexpectedly on December 1, 2019, the first Sunday of Advent.

Bishop Sirba was on his way to preside at Mass when he collapsed and died of a massive heart attack.  He was 59 years.

About the Photo:  Father Kunst, along with his co-host, Father Ryan Moravitz often interviewed Bishop Sirba on Real Presence Radio, and the image depicts a moment of fun among the three of them. 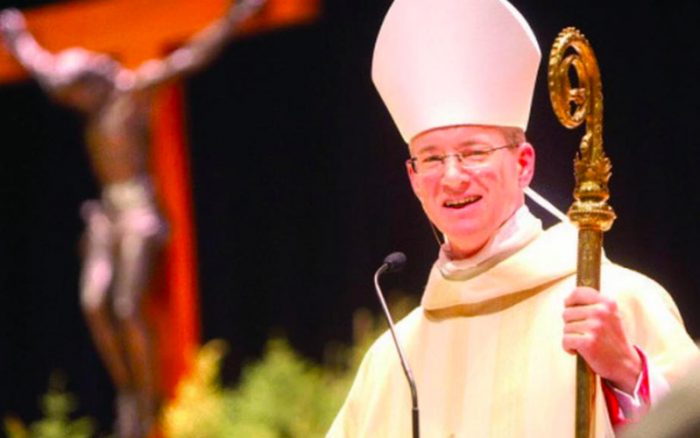 Bishop Paul David Sirba, Roman Catholic Bishop of the Diocese of Duluth, MN, beloved shepherd of the people of the Diocese of Duluth, dear son, brother, uncle and great-uncle died of apparent cardiac arrest at his home in Proctor, MN on Sunday morning, December 1, 2019, the First Sunday of Advent. Bishop Sirba was born in Minneapolis, MN on September 2, 1960, to Norbert and Helen Sirba. He attended Nativity of Mary Grade School in Bloomington, Academy of the Holy Angels in Richfield, and the College of St. Thomas and St. Paul Seminary in St. Paul. Bishop Sirba received his Master of Divinity degree from St. Paul Seminary as well as a Masters in Arts from the Notre Dame Apostolic Catechetical Institute in Arlington, Virginia. Paul Sirba was ordained a priest for the Archdiocese of St. Paul and Minneapolis on May 31, 1986 and served in the following parishes: St. Olaf, Minneapolis; St. John the Baptist, Savage; and Maternity of Mary, St. Paul. He also worked in the Spiritual Formation Department at St. John Vianney College Seminary in St. Paul and was a Spiritual Director at St. Paul Seminary in St. Paul. He was appointed Vicar General and Moderator of the Curia for the Archdiocese of St. Paul and Minneapolis on July 1, 2009, and was subsequently appointed by His Holiness, Pope Benedict XVI, as the Ninth Bishop for the Diocese of Duluth. He was ordained Bishop of Duluth on the feast of St. John of the Cross, December 14, 2009.

While a member of the United States Conference of Catholic Bishops, Bishop Sirba was a member of several committees including the Priority and Plans Committee, Administrative Committee, and the Catholic Home Missions Committee. Bishop Sirba was also an active member of the St. Paul Seminary Board of Directors and the Episcopal Advisory Board for the Institute on Religious Life. He also served as the state chaplain of the Knights of Columbus. 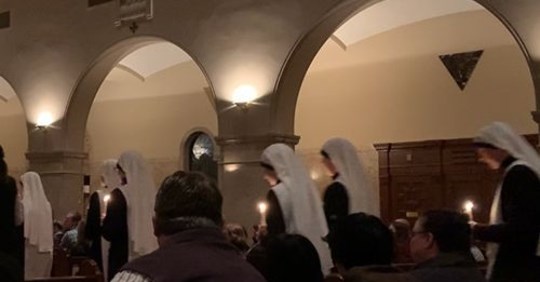 The Handmaids of Jesus Christ Sing the 23rd Psalm at the Wake of Bp. Paul Sirba