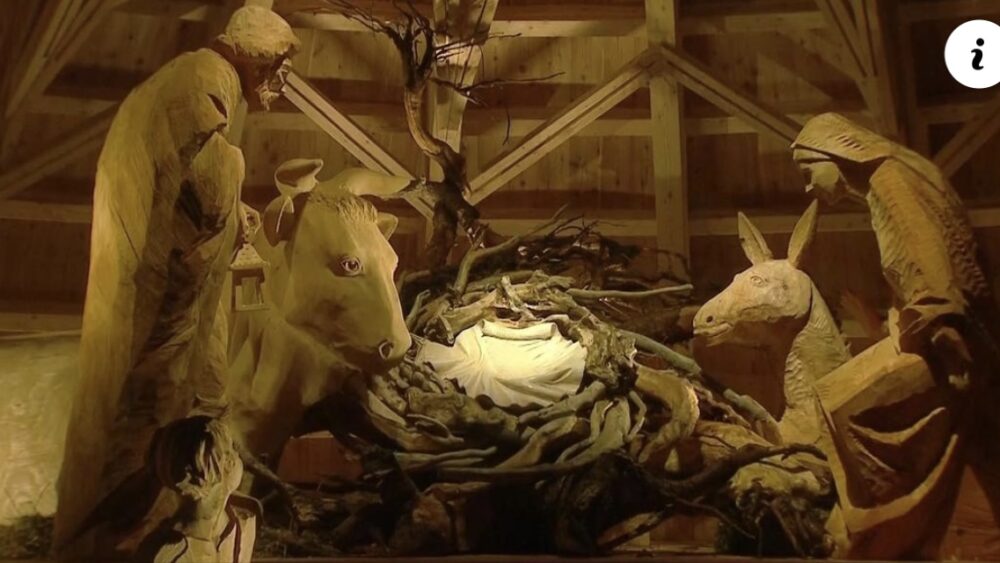 This is the moment in which the Nativity scene in St. Peter’s Square came to life. It is a set of hand-carved wooden pieces from Udine, Italy, near its border with Austria.

And the tree lighting was no less exciting.

It comes from the central Italian region of Abruzzo. Though it’s arrival in St. Peter’s Square was a surprise. The original tree selected for this year turned out to be planted on a nature reserve, and an environmental activist stopped it from being cut down, and another tree was chosen at the last minute.

The rain forced the inauguration ceremony inside the Vatican’s Paul VI Audience Hall. In attendance were the president of the Governorate of Vatican City State, Cardinal Fernando Vérgez, and its secretary general, Sister Raffaella Petrini.

That morning, Pope Francis met with the delegations that donated the tree and Nativity scene, and asked them to live out the spirit of Christmas, embodied by a God willing to become a child out of His love for humanity.

POPE FRANCIS
It is necessary to lower yourself, to make yourself small, to leave all vanity behind, in order to reach where he is.

In addition to two delegations from Italy, a third came from Guatemala, which donated the Nativity scene placed inside the Paul VI Audience Hall.