Blog
Papal Artifacts / Uncategorized / St. Pius V: An Incredible, Historical Artifact in the Collection & Commentary from the Curator
May 21 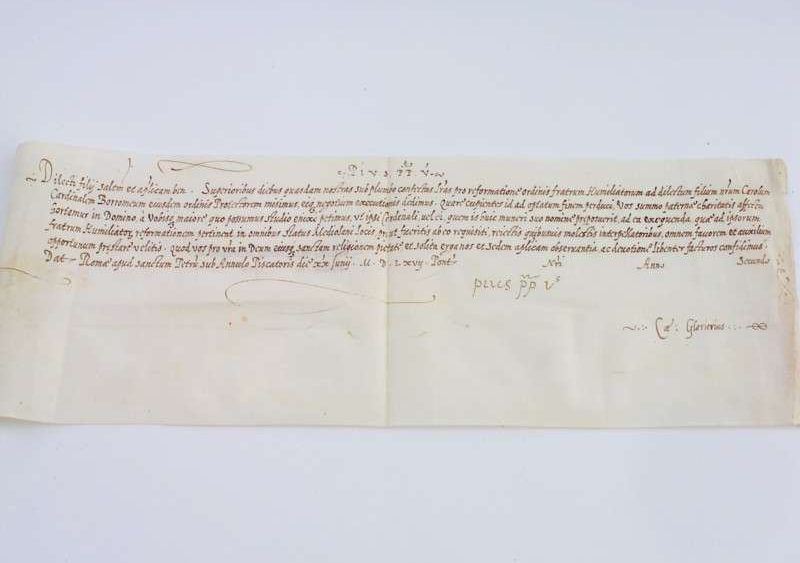 St. Pius V: An Incredible, Historical Artifact in the Collection & Commentary from the Curator

Pius V is one of the last two popes, along with Pius X, to be canonized a saint. His time frame was the 1560s. And this item is referred to as a ‘breve’. That’s a ‘brief’. And it’s a brief letter to the Senate of Milan asking them to help support the bishop of Milan, Charles Borromeo, the greatest saint of the Counter Reformation, to suppress a religious order called the “Humiliati