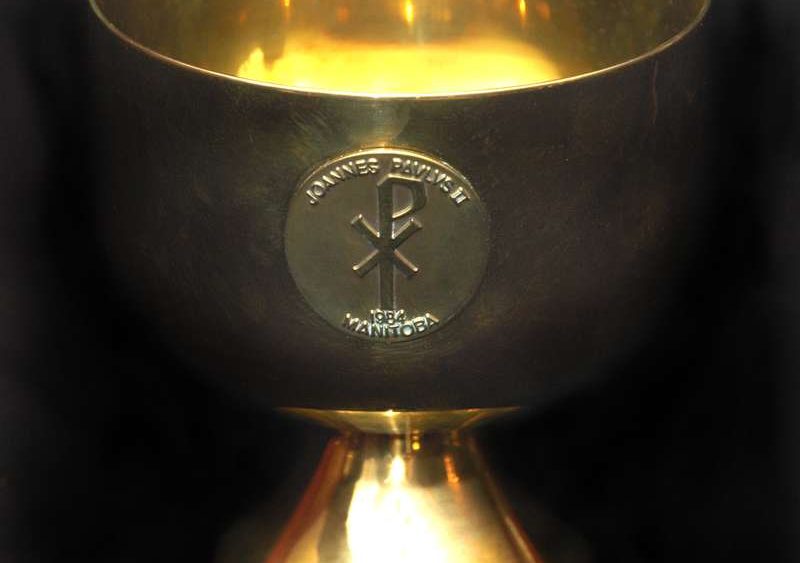 One of the defining characteristics of John Paul II’s pontificate, even in years to come, will be his travel. He will be remembered the most for that.  He traveled more than any other pope by far, probably more than all of them put together. He made over 100 trips outside of Italy. In fact, if I remember correctly, he spent over three years outside of the Vatican in a papacy of 26 ½ years.

The connection these items have with the Lord and with the Eucharist, and the fact that the Holy Father consecrated the Hosts that were received from this ciborium is a beautiful thing.

And I think of being a shepherd, being a priest myself, but the Holy Father being the shepherd of the universal church, and our goal is to bring Christ to others, and this is a great example  of the reality that John Paul II brought the Lord and the Eucharist to the ends of the earth. He went virtually everywhere.

I  had the experience of concelebrating Mass many times with John Paul–three times at his private chapel, and those are memories that I hold dear. Other times were at beatifications, world youth days, and in Saint Louis. So early in my priesthood I was able to concelebrate many times with this man who was my hero, which is so incredible to even think about.