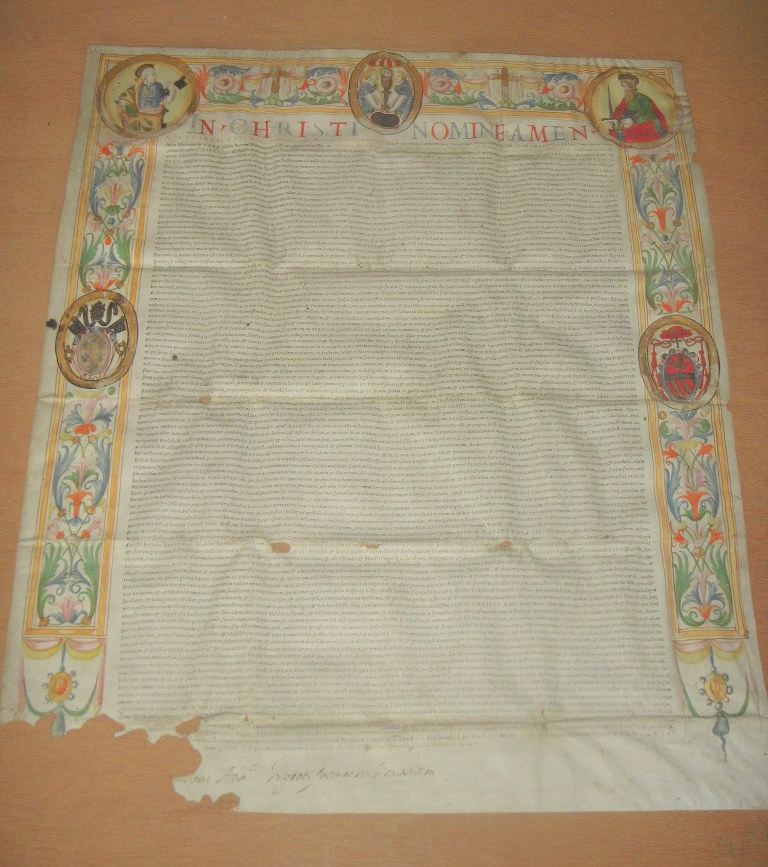 Cardinal Castagna, who was elected Pope Urban VII in 1590, who was the Protector of the Order of Preachers (S. Maria sopra Minerva was their principal seat at the time; they have since moved to Santa Sabina),  seems to be reauthorizing the Confraternity of the Holy Spirit, which had been founded by Pope Paul III,  to carry on its activities.  The Confraternity ran a Hospital among other things. Their leaders were Francesco Corner, Bishop of Treviso (he became a cardinal in 1596); Anselmo Dandini, a Protonotary Apostolic; and Antonio Maccarano, a Roman Patrician (a civilian).  The whole text is legible (it is printed, after all)

Unfortunately, the best part of the subscription is gone.  All I can read from the photo is the word  “Adm(inistrat)or”.  Somebody must have cut out the Cardinal’s chirograph.

The illuminated manuscript is, indeed, a remarkable addition to the Papal Artifacts’ Collection. 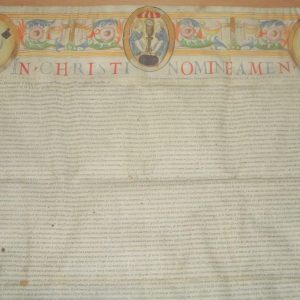 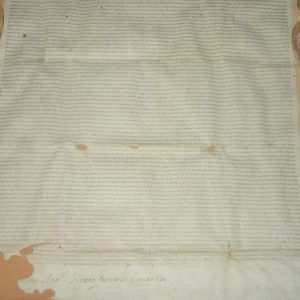 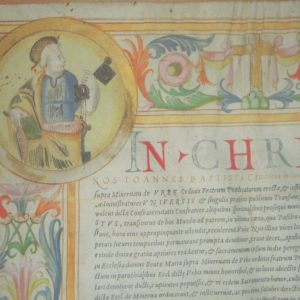 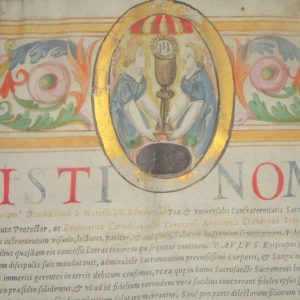 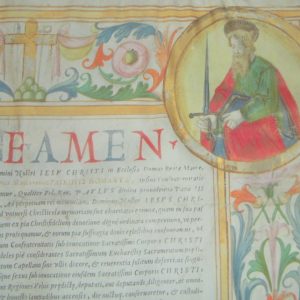 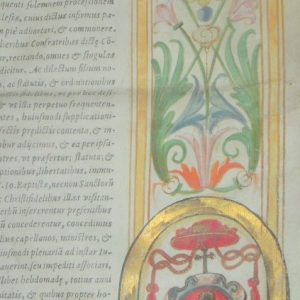 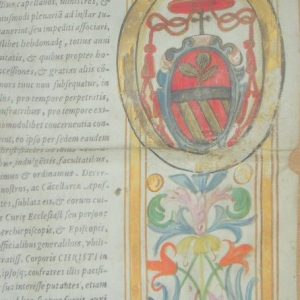 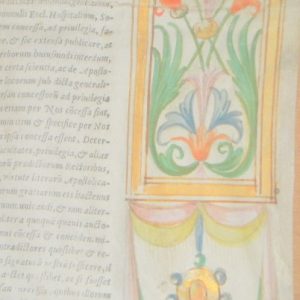 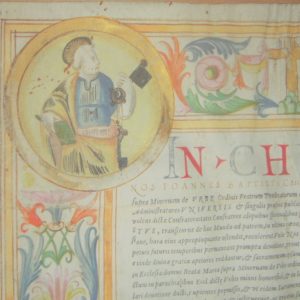 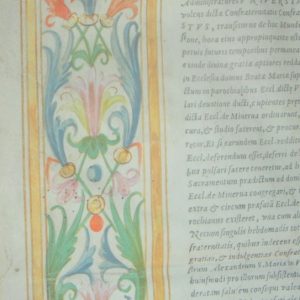