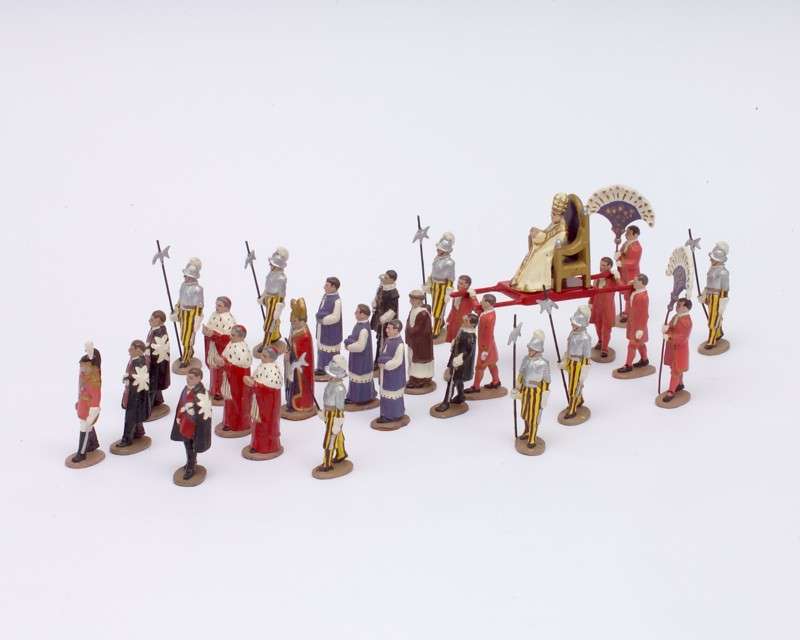 The artifact is in excellent condition. It is very rare to
have a complete set of a papal procession, which makes it
a great asset to the Collection.