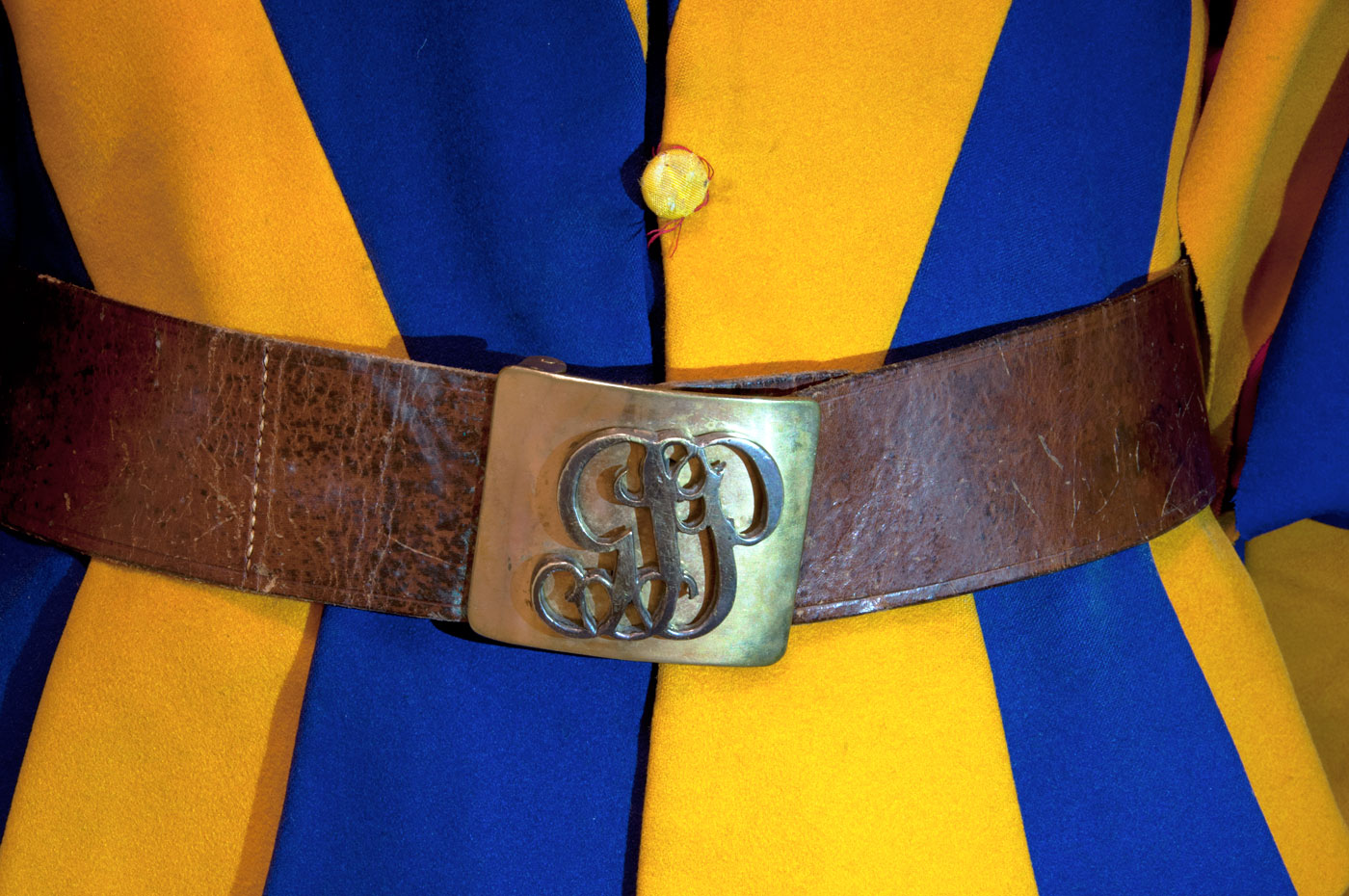 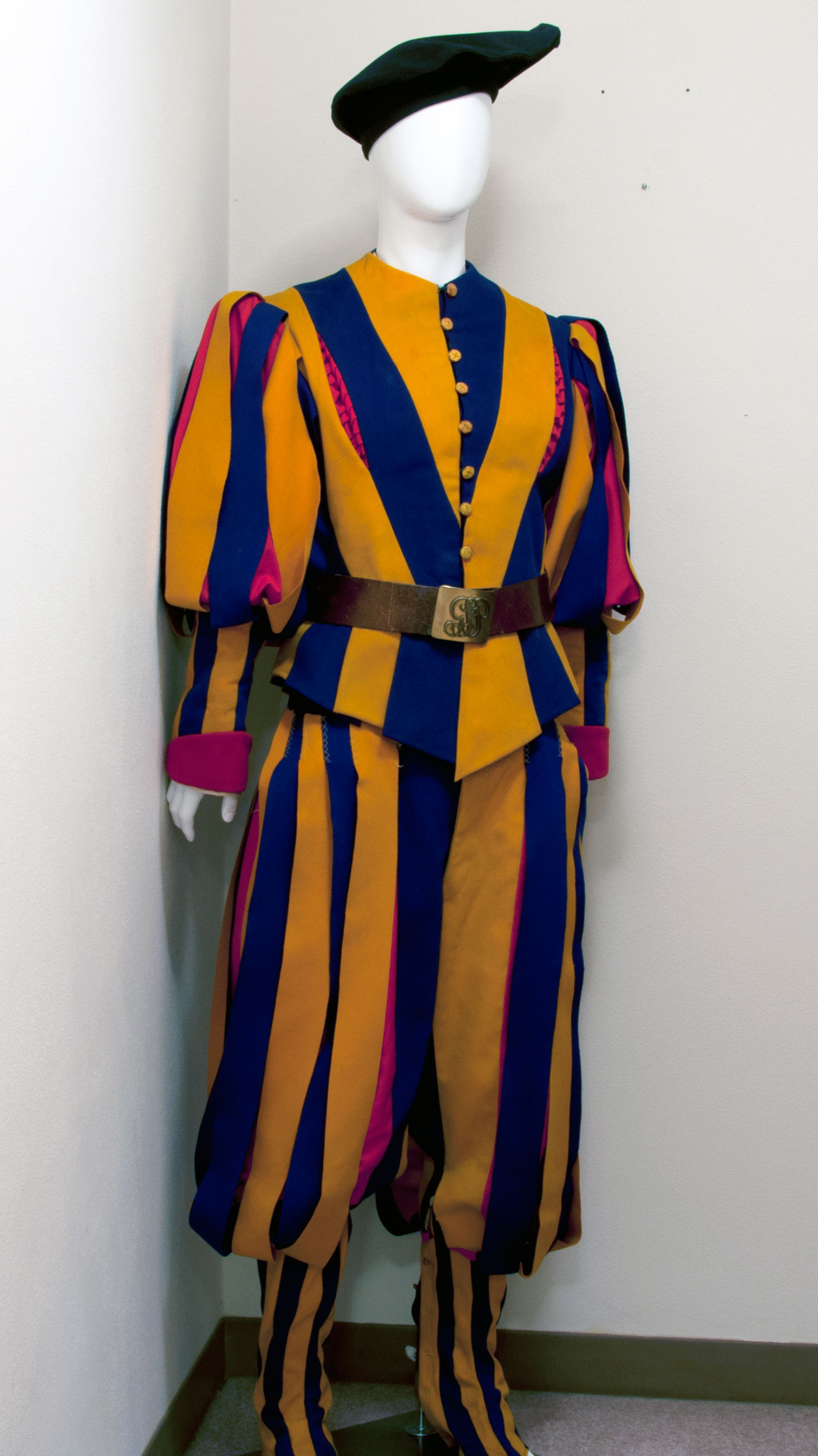 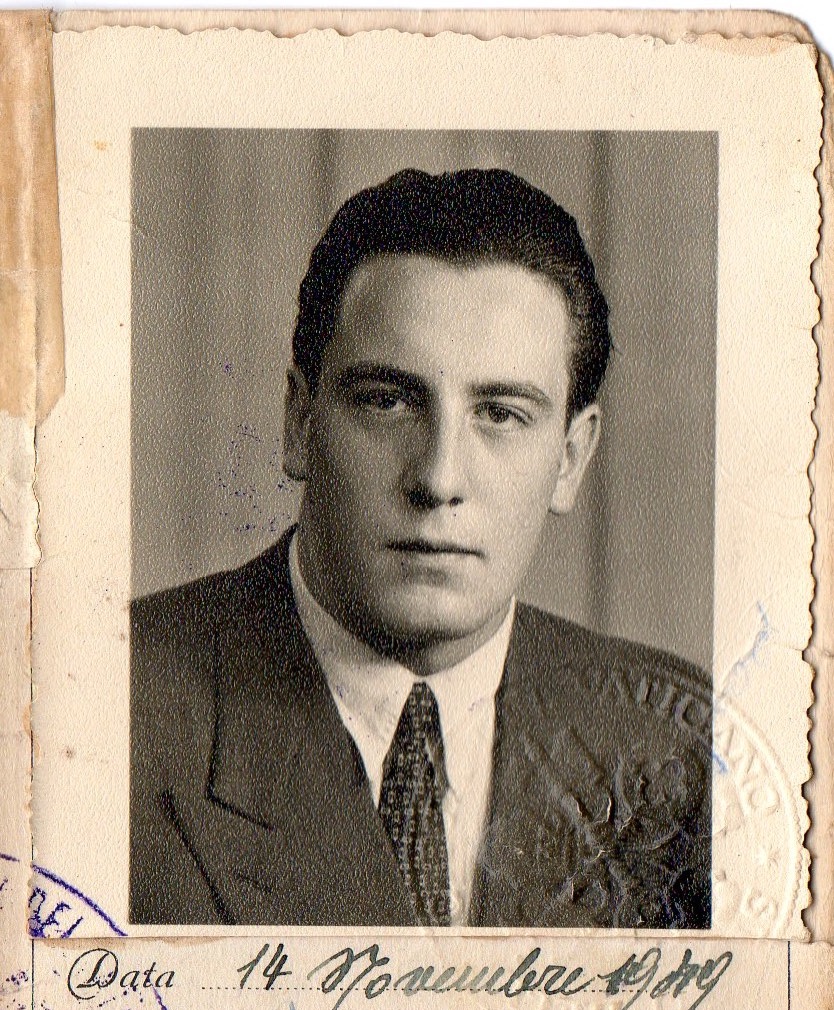 A couple weeks ago, I had a hard time falling asleep, and for some reason this old Swiss Guard popped in my head again, and because I remembered his name I once again tried to track him down.   This time I had great success!! We spoke on the phone a few times, and it turned out that he was a Swiss Guard under Pope Pius XII,  from  1949-1951.

After his telling me many great stories from his time in the Guard I inquired if he would consider donating his uniform to my collection, and he said, yes!! I am very excited about this as I have tried to get one of the “modern” guard uniforms for years, but they are nearly impossible to acquire.

Recently I traveled to southern Wisconsin to meet the former guard and to pick up his uniform!  It was a great visit, and over dinner, I recorded a conversation between the two of us.  He told me many great stories connected to his time at the Vatican.  He also shared several photos from that time, as well as the program from his swearing-in ceremony on May 6, 1950 and his Vatican ID.

I am indebted to Mr. Paul Good for his generosity.  This is an incredible addition to the Papal Artifacts’ Collection.