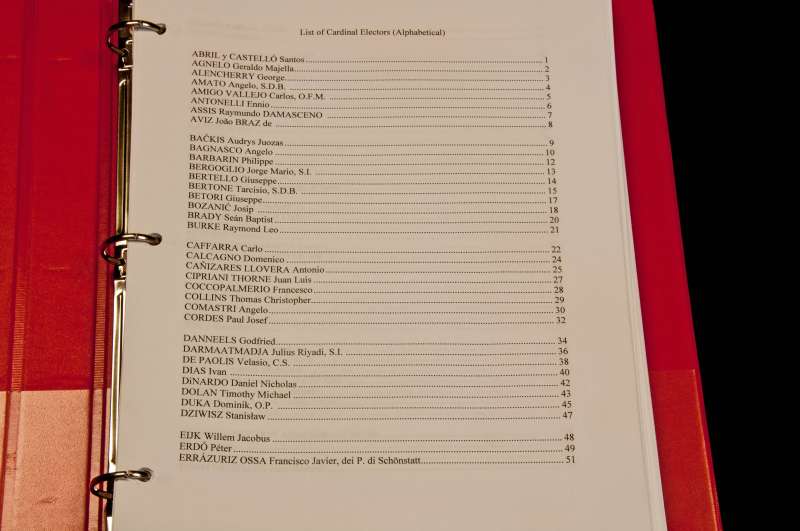 The document is a collection of biographical information on the cardinals who participated in the conclave that elected Jorge Bergoglio Pope in 2013.

A photograph of the cardinals identifies each of them, and the material itself is a study guide for Cardinal George to help him determine who the best candidate to be elected was.

The document is from a suite in the North American College in Rome where the cardinals from the United States were housed before the 2013 Conclave. It is an interesting and valuable addition to the Collection. 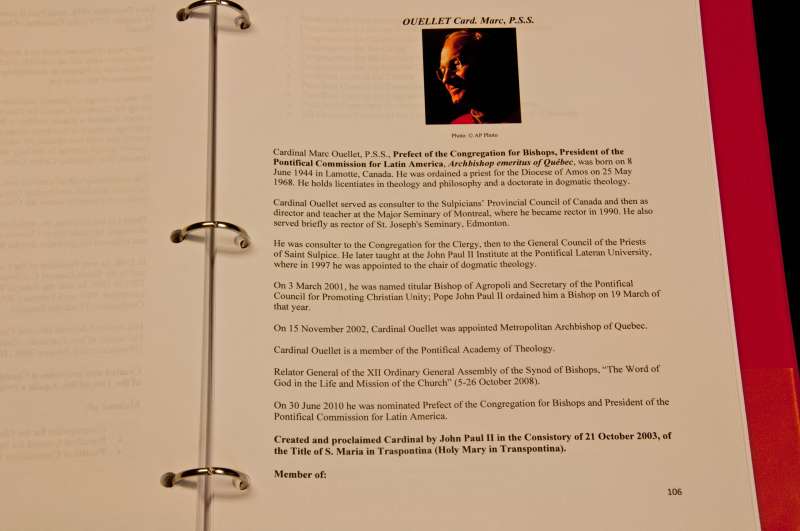 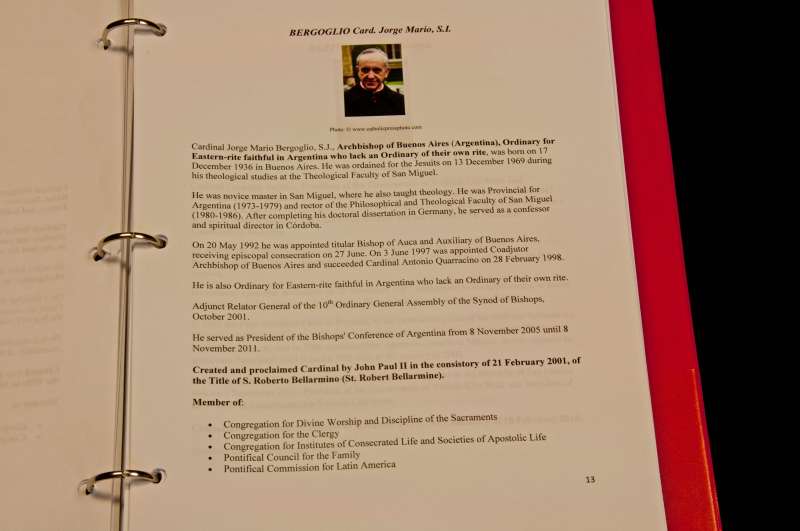