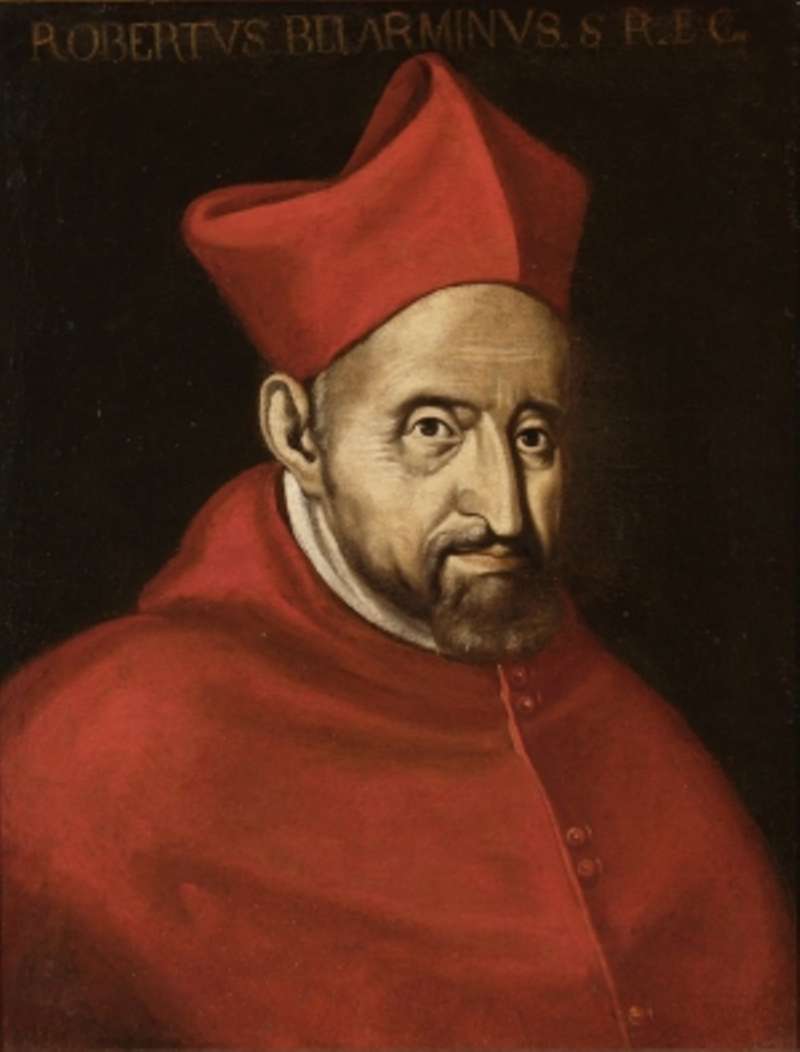 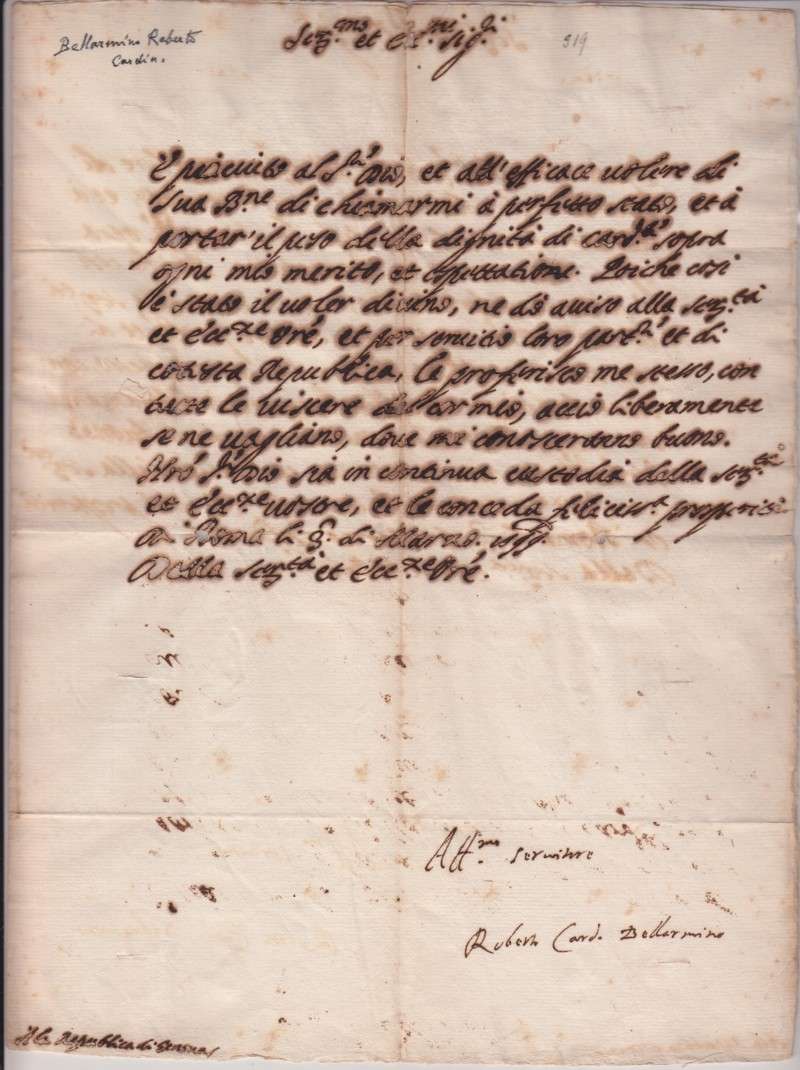 Robert Bellarmine was born October 4th, 1542 at Monte Pulciano in Tuscany to a noble though impoverished family. His mother was the sister of Pope Marcellus II whose papacy lasted for twenty-two days in 1555. While still very young, Bellarmine distinguished himself academically. He knew Virgil by heart and was himself a poet writing in both Italian and Latin. In 1560, Bellarmine entered the Jesuit order and began a systematic study of theology. By 1569 he was sent to Leuven to study the prevailing heresies of his time. He was ordained there and earned a reputation as a professor and preacher. He was the first Jesuit to teach at the university and his course was the Summa of Thomas Aquinas. He taught for seven years before study and asceticism compromised his health. In 1576 he journeyed to Rome where Pope Gregory XIII commissioned him to teach polemical theology at the new Roman College. He taught for eleven years and also wrote his Disputationes which was a compilation of the various controversies of his time. This work had an immense affect on Protestants
and to this day it is still the classic treatise on the subject.