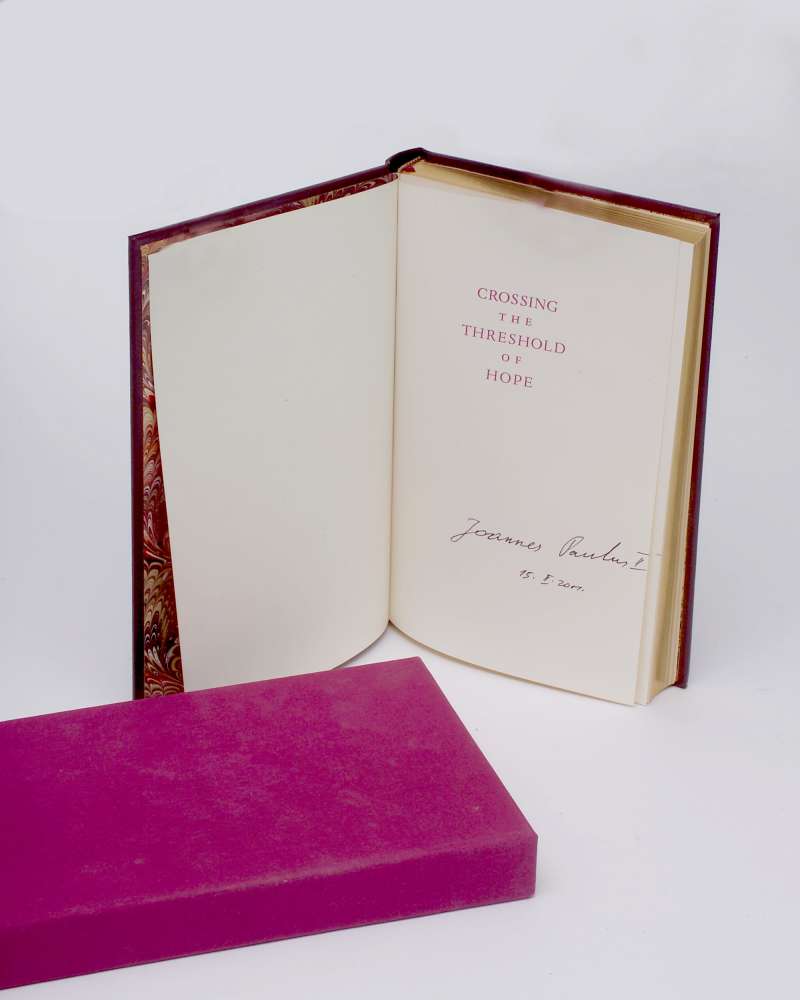 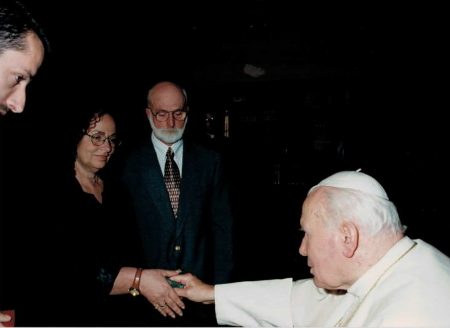 I was just bragging that I was able to concelebrate Mass with Saint John Paul on a number of occasions. One of the times was in the year 2000, and I was able to have my parents come to Rome with me, and again, we had Mass in the private chapel of John Paul. And my Mother is Jewish, and she still is today, and I introduced her to John Paul II as my Jewish Mother. And he said, “A Jewish Mother to a Catholic priest: beautiful!”

Afterwards, Bishop Dziwisz, who was the Pope’s secretary at the time, cornered my Mother and said, “Are you really Jewish?” And so they had a bit of a conversation, and after that, my Mom and Bishop Dziwisz started to correspond with one another. So my mother was able to get this autographed copy of Crossing the Threshold of Hope from Bishop Dziwisz. Actually, she sent him the copy and asked if the Pope would sign it. So this is again, one of those things for me, personally, that transcends the notion of the Collection. It’s a very personal connection for me—you know, my Jewish Mother, corresponding with the Pope’s secretary, was able to get that for me.

(Father Moravitz) And the significance of you having a Jewish Mother as Christ did. The connection there that John Paul II simply was drawing is a beautiful thing. And his love for mothers and motherhood and his striving to raise that up was a beautiful thing. To have had such a personal connection is a grace-filled blessing for you, Father Rich.