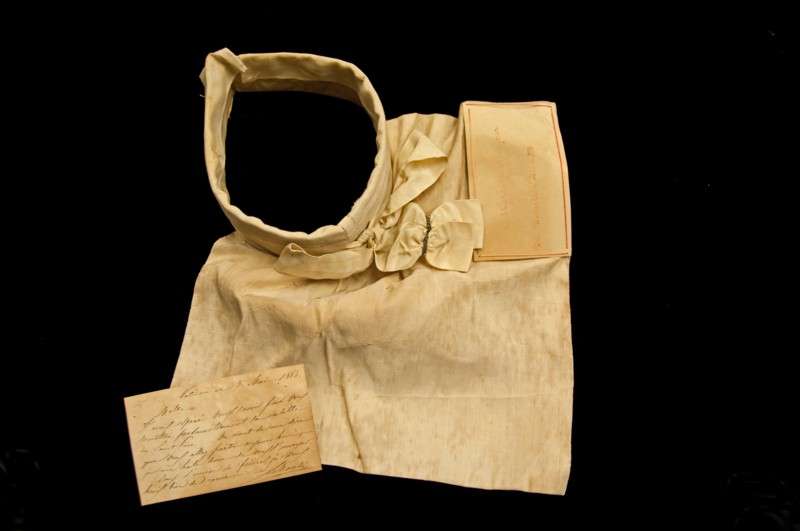 The collar has a card with a seal attached to it authenticating it.

There is also a card from a member of the papal household verifying that Pope Leo XIII owned it.

This collar is not the traditional Roman collar as we know it. Instead it is a fairly large piece of cloth with the basic collar. Additionally there is a cloth coming down over the chest.