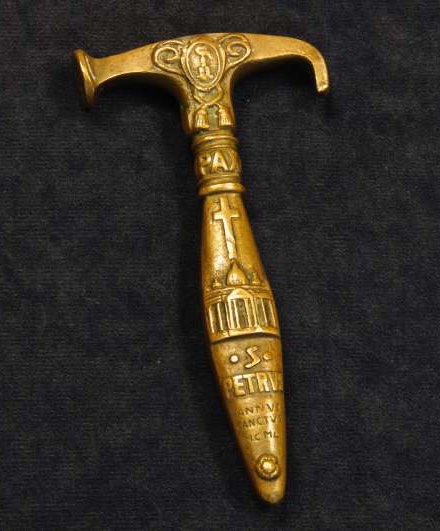 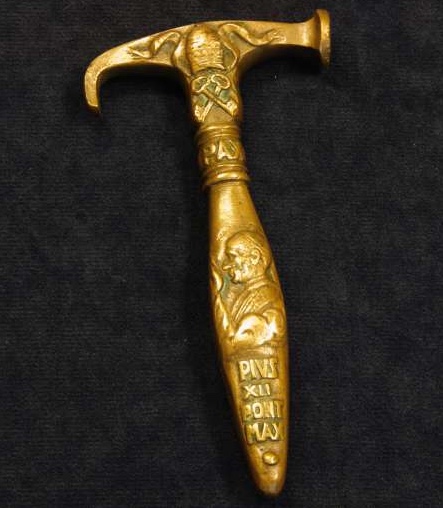 In the Catholic tradition a Holy Year, or Jubilee Year, is a great religious event, a year of reconciliation and forgiveness. It dates to biblical times and was evident even in the Law of Moses where it was celebrated every fifty years.

Holy years are marked with much pomp and ceremony by the Vatican. There are specific Holy Doors at each of the four main basilicas, and they are marked by the Holy Year bricks which are ceremoniously removed, using a special hammer, before the pope can walk through the Holy Door to signify the start of the Holy Year. This hammer, a replica of the one used by the Pope, is a souvenir item that can be purchased in Rome during the time of these great festivals.

You may view several different ones from different papacies in the Collection.