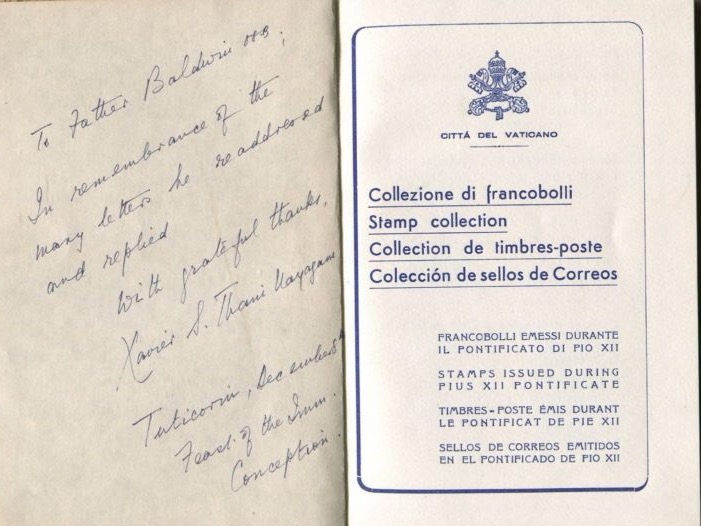 Philately is the collection and study of postage stamps. This album’s contents were all issued during the reign of Pope Pius XII and include stamps issued for prisoners of war, the 1943 episcopal jubilee of the Pope, stamps for ordinary usage, express mail, overdue mail, etc.

Included with the album is an inscription by Xavier S. Thani Nayagam, Ambassador of Tamil. It reads, To Father Baldwin, OSB In remembrance of the many letters he addressed and replied. With Prayerful Thanks, Xavier S Thani Nayagam.

The collection is dated, Feast of the Immaculate Conception Dec 8 (probably 1950).

Reverend Xavier S. Thani Nayagam (August 1913 – 1 September 1980) was a Tamil scholar known for setting up the International Association for Tamil Research (LATR) and organizing the first World Tamil Conference.  He is praised as the, Roving Ambassador for Tamil.

The spine of the book features the papal coat of arms and its title: Collezione di Francobolli (A Collection of Stamps).

The album features identification of the stamps in four different languages.

A unique and interesting addition to the Papal Artifacts’ Collection.

The Papal Artifacts’ Collection features many unique stamps, including Vatican issues from the II Vatican Council, and Sede Vacante stamps from 1913 – 2013 and many others.  On the home page of this web site, scroll to the bottom and type  Stamps in the search engine to view many examples of papal stamps.

According to Father Kunst, the Vatican post office has operated its own postal service and issued its own postage stamps since February 11, 1929, after the signing of the Lateran Treaty, which made Vatican City State the one remaining “papal state.”

Additional Pages in the Album 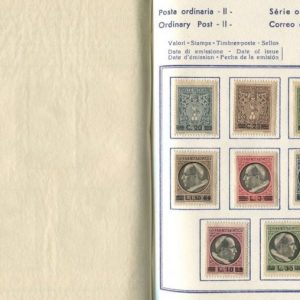 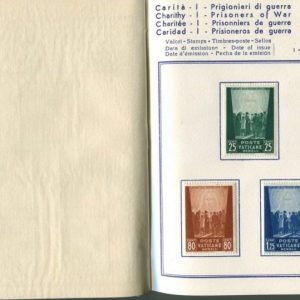 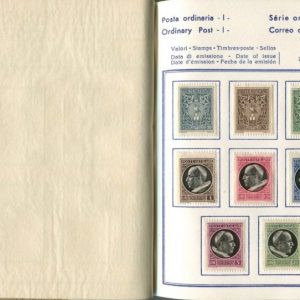 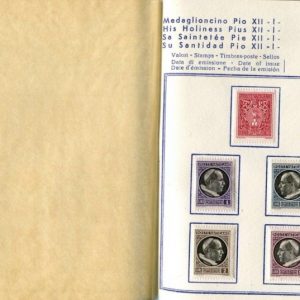 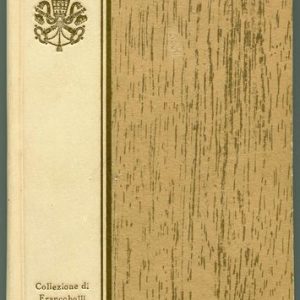