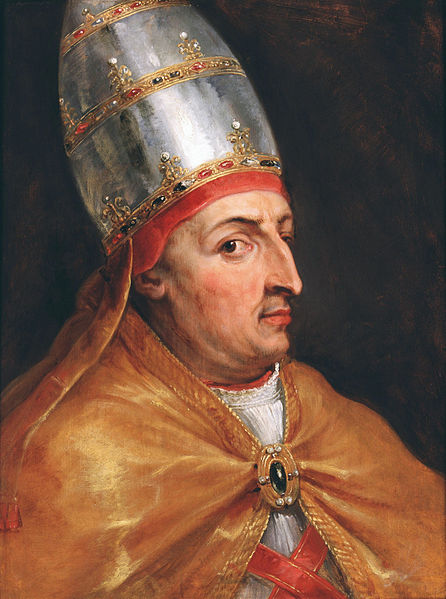 He was born Tommaso Parentucelli, a man of sincere piety with  simple and temperate habits.

He was entirely free from the bane of nepotism, and exercised great care in the choice of cardinals.

He was responsible for one of the brightest pages in the history of the popes, as he is generally credited with the creation of the Vatican Library, although Sixtus IV, better known as the pope who built the Sistine Chapel, was primarily responsible for its expansion in the early years.

The Renaissance had fully emerged and the first pope of this glorious period was a man of art and learning who strove, among other things, to make the Church the cultural leader of its day.  Chosen as a compromise candidate, Tommaso Parentucelli was born on November 15, 1397, at Sarzana, Italy, the son of a physician.  Lack of money forced him to interrupt is studies at the University of Bologna and to take on tutoring positions with some of the wealthier families of Florence.  For two years Tommaso steeped himself in the beauty of the Renaissance, thus forging the humanist he was to become.  Returning to Bologna, he completed his doctorate in theology and joined the staff of Bishop Niccolo Albergati who ordained him priest.  Loyal to the bishop, he moved with Albergati to Rome in 1426, joined the curia, and rose steadily in the papal service.  On his election, Parentucelli chose to be called Nicholas, after his former bishop and friend.

Diplomatic, patient, and kind, Nicholas was highly successful in establishing peace throughout most of his pontificate.  Well received not only in Rome, where he maintained order, Nicholas managed to contain the Papal States as well.  By the end of his reign, through secret negotiations, diplomacy, and prudence, all of Italy, save Genoa, was enveloped in a peace which lasted twenty-five years.  In 1448, Frederich III of Germany signed the concordat of Vienna, recognizing the papal rights and authority in the Church there.  Further, his negotiations with Felix V led to the antipope’s resignation in 1449 and an end to the bothersome schism begun at Basle.

The year 1450 was proclaimed a year of jubilee, and as thousands of pilgrims made their way to the center of Christendom, the papal treasury grew, enabling Nicholas to pursue his cultural and artistic goals.  It was a promising time, and that same year the Pope solemnly canonized the outstanding Franciscan, Bernadine of Siena.  Legates such as Cardinal Nicholas of Cusa and Cardinal d’Estourteville were sent to Germany and France to work for reform in those countries.  In 1452 Frederick III came to Italy to receive the imperial crown in St. Peter’s; it was the last coronation of its kind to be held in Rome.

A scholar himself, he carried out extensive searches for classical manuscripts which he arranged to have copied and translated into Latin, along with those of many Greek authors.  Notably, Nicholas was the founder of the Vatican library.  His passion for art and architecture was equally important. While men like Fra Angelico were creating masterpieces in the Vatican, noted architects like Alberti were designing strongholds.  Nicholas initiated a vast rebuilding program which ranged from churches to bridges, leaving little untouched in Rome.

The great tragedies of his pontificate, however, came during the last years of his reign.  In 1453 an assassination plot was uncovered, and although the conspirators, led by a Republican fanatic named Stefan Porcaro, were executed, Nicholas was badly shaken and distrustful.  Six months later the news that Constantinople had fallen to the Turks took a heavy toll on the Pope’s health.  Realizing that Western support for the Greeks had been woefully lacking, Nicholas was tormented by feelings of inadequacy and disappointment which deteriorated his health to the point of death.  On March 24, 1455, Nicholas V, plagued by gout, died. 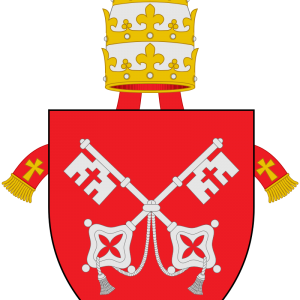 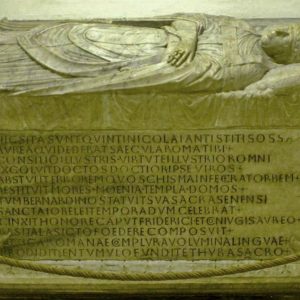 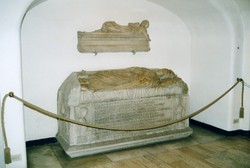