Pope Nicholas V: A Gold Ducat with His Coat of Arms 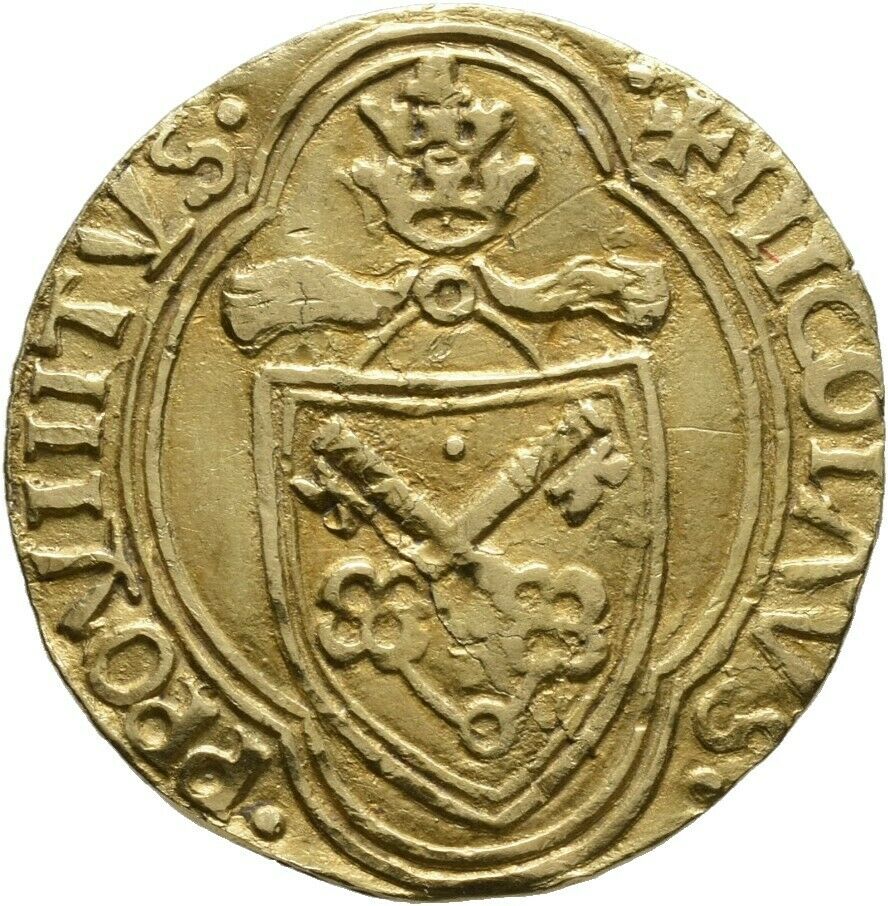 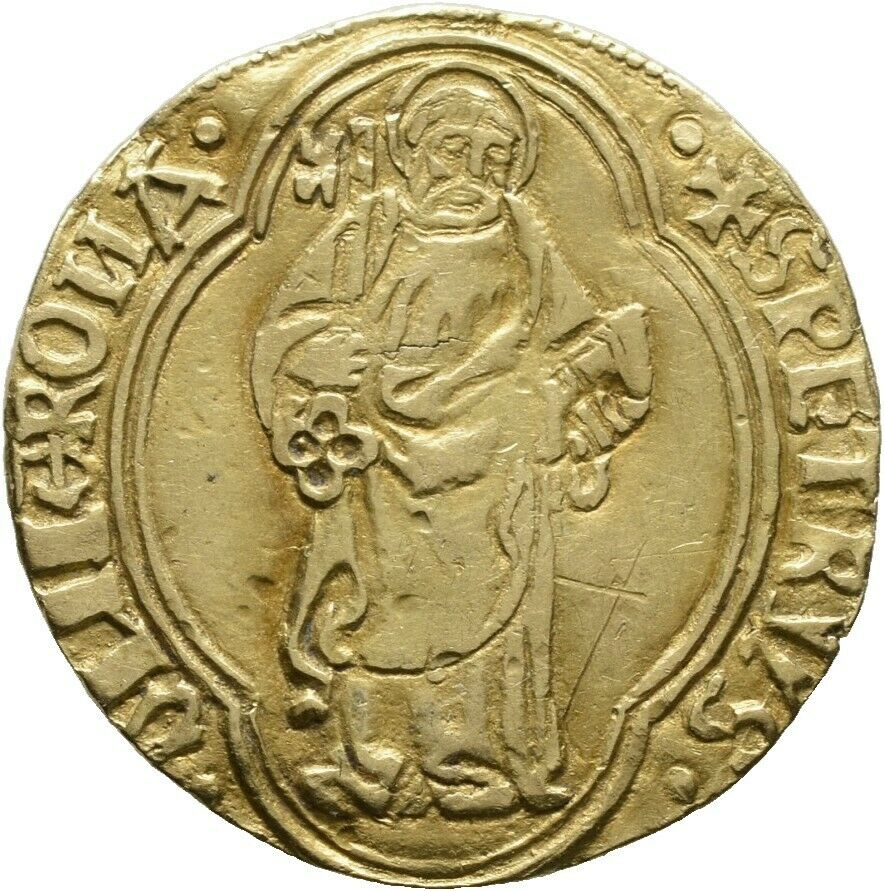 Pope Nicholas V: A Gold Ducat with His Coat of Arms

This particular ducat bears the coat of arms of Pope Nicholas V on the obverse side, with his name along the right side of the coin.

On the reverse side is an image of Pope St. Peter holding the cross keys, the symbol of the papacy. 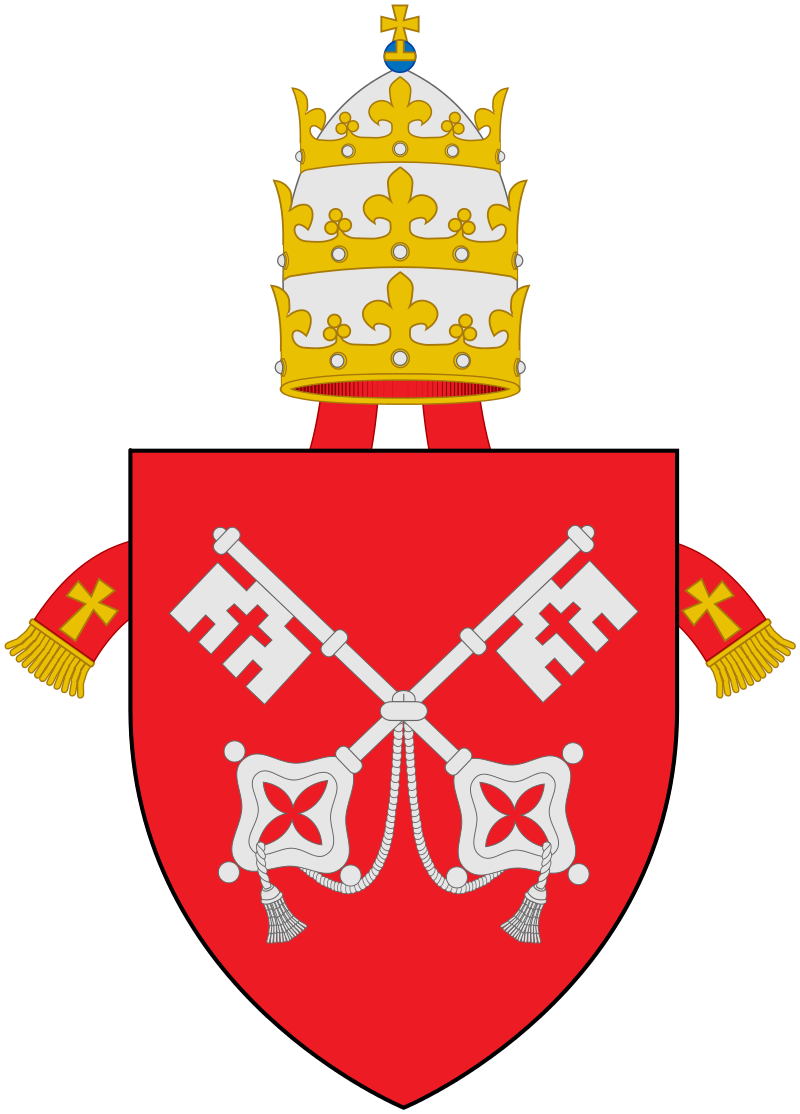