Pope Leo XIII: A Wallet with His Coat of Arms 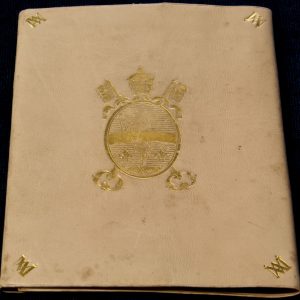 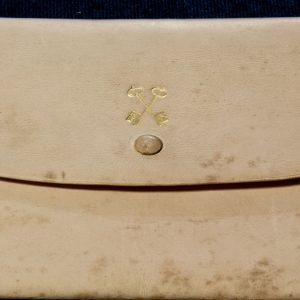 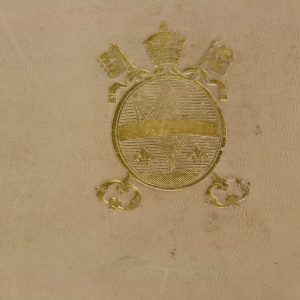 Leo XIII Wallet & Close up of Coat of Arms

The wallet has the coat of arms of Pope Leo XIII.

This is an incredible addition to the Collection when one considers it was the wallet of the Rerum Novarum Pope.  The face of the modern Church took shape under Leo XIII. He expanded the role of nuncios, giving them precedence over local bishops. He exercised tight control over bishops’ conferences. Most importantly he came to be seen as the chief teacher of Catholicism, publishing eighty-six encyclicals, eleven alone on Mary and the rosary which lead him to be known as the rosary pope. The most famous of his encyclicals, Rerum Novarum in 1891, established him as the worker’s pope as he examined the evils of capitalism and insisted upon a just wage, dignity for workers and families and workers’ rights to organize. Rerum Novarum was considered to be the best Catholic social teaching of its time, a serious effort to articulate a Christian ethic for an industrial era, (becoming and remaining) the starting point for all Catholic social teaching.