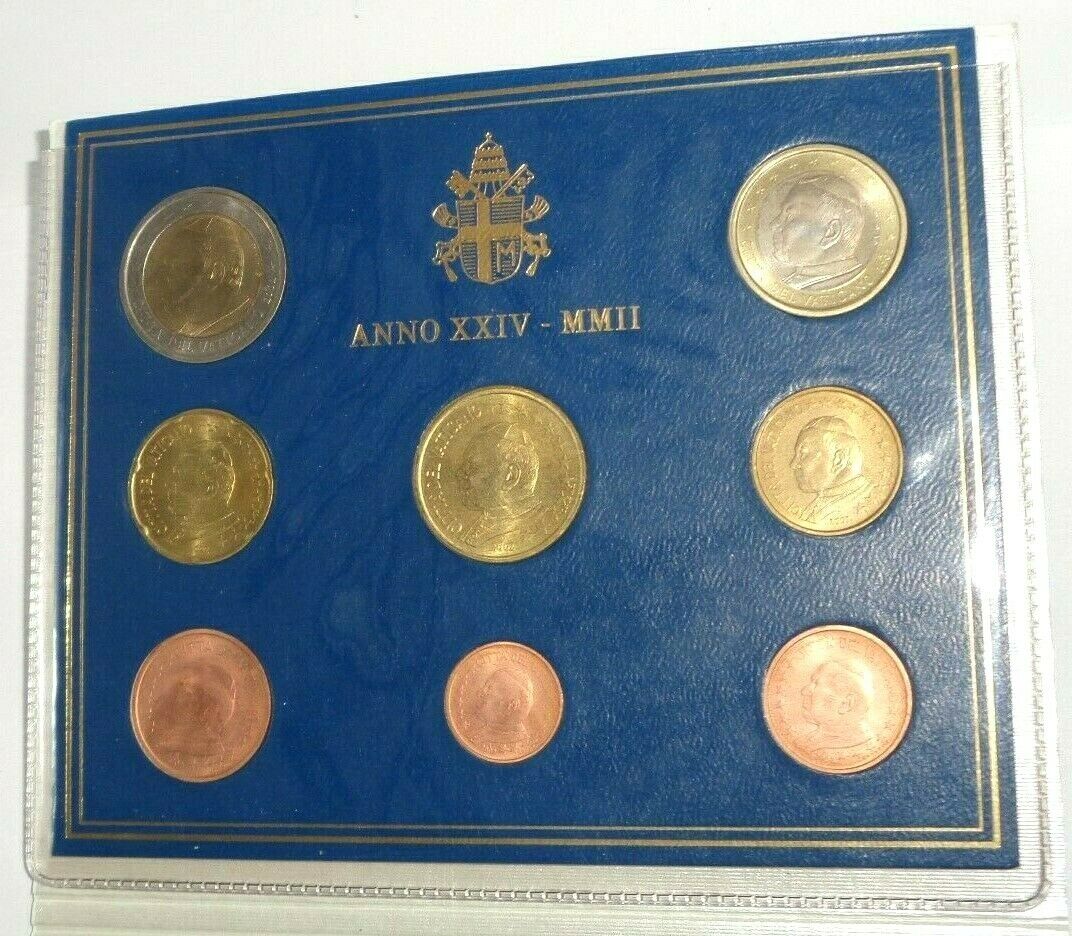 The item is a 2002 VATICAN CITY First Issue 8 Coin Euro Mint Set of Pope John Paul II.  They are uncirculated coins in their original folio. The very rare set is in pristine condition, still in its original packaging.

The set contains 8 Euro coins from 2002, 1 cent through the 2 euro,  the first year in which euros became standard coinage throughout the European Union, including Vatican City State.

This collection is special because it is the first euro Vatican set and depicts the 24th year of the pontificate of John Paul II.

The obverse side has the of the Pope.  Around his portrait, in a semicircle, is the inscription,”Citta del Vaticano,”  and the coin mintage year, 2002.

On the reverse side is the routine euro coin value. 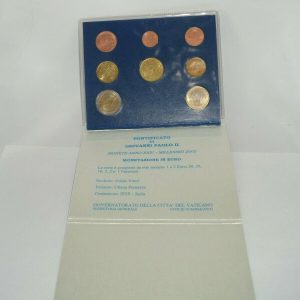 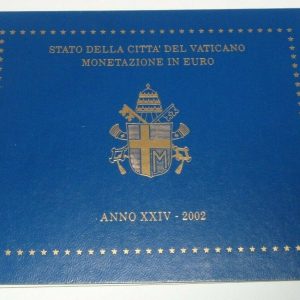 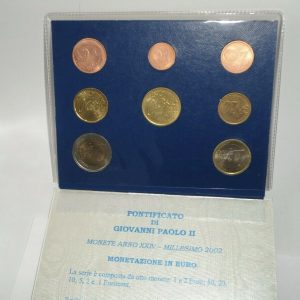