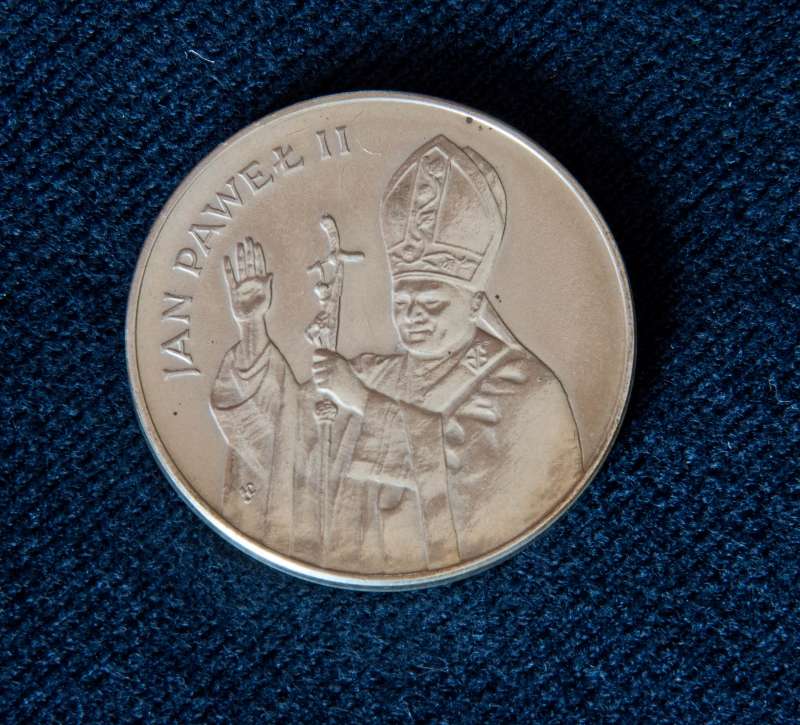 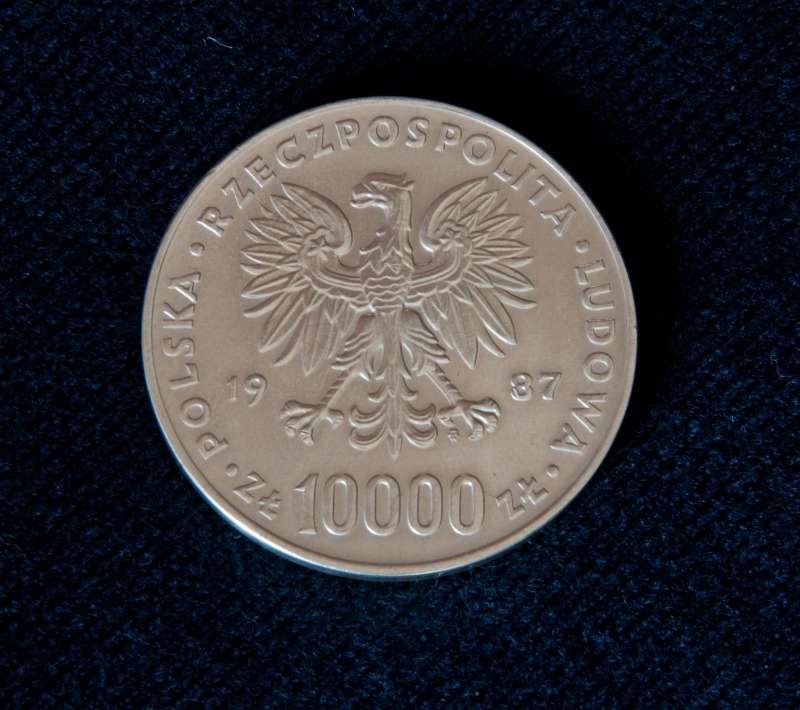 It is not surprising the Polish government issued a coin with an image of Pope John Paul II in 1983. It must have coincided with his second visit to Poland and would have been considered an honor for the Polish pontiff.

Zloty, which means golden, is the currency of Poland. The modern zloty is subdivided into 100 groszy and is recognized in English as the word, zloty.

Value of currency in all countries undergoes change dependent upon the economy. Thus, in 1995, 10,0000 old zlotych became one new zloty.

The coinage is as old as the Polish-Lithuanian Commonwealth in 1794. 1,000 zlotych were issued under the authorship of Tadeusz Kosciuszko, but were very rare.

From that point on, the coinage underwent many changes until the one shown in the Collection. Between 1950 and 1990, one having a foreign exchange value was used for calculation purposes only. At the time it was not convertible, and the rate of exchange was dependent on the purpose of the transaction.

Because of conditions connected to Poland’s joining the European Union in May 2004, the country will be obliged to adopt the euro, though not at any specific date.