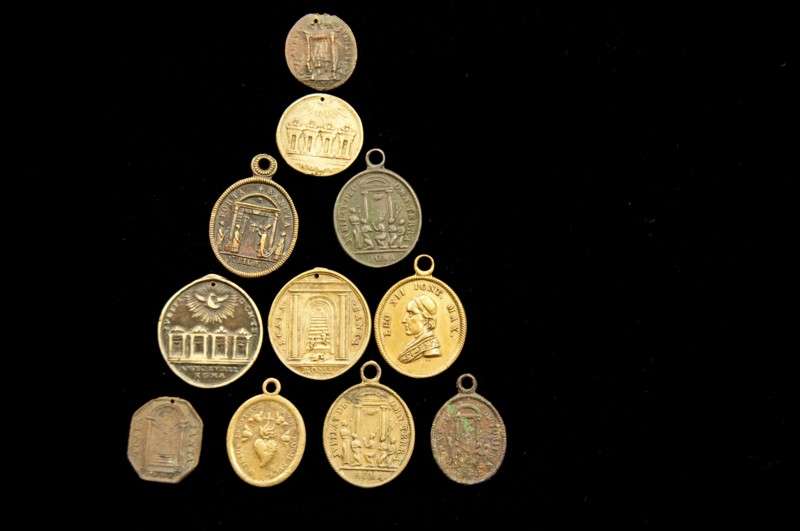 Four of these medals have dates on them between the years 1700 and 1826 (which would have been the end of the Holy Year of 1825). They are all quite old and generally have an image of the Holy Year Door with the pope opening or closing it.

In some cases, there are four doors on the pendants signifying the four major basilicas in Rome, all having their own Holy Doors.

Some have images of the Holy Stairs, the Sancta Scala, the stairs purportedly to be the ones Jesus walked when condemned to death. These stairs are close to St. John Lateran Basilica.