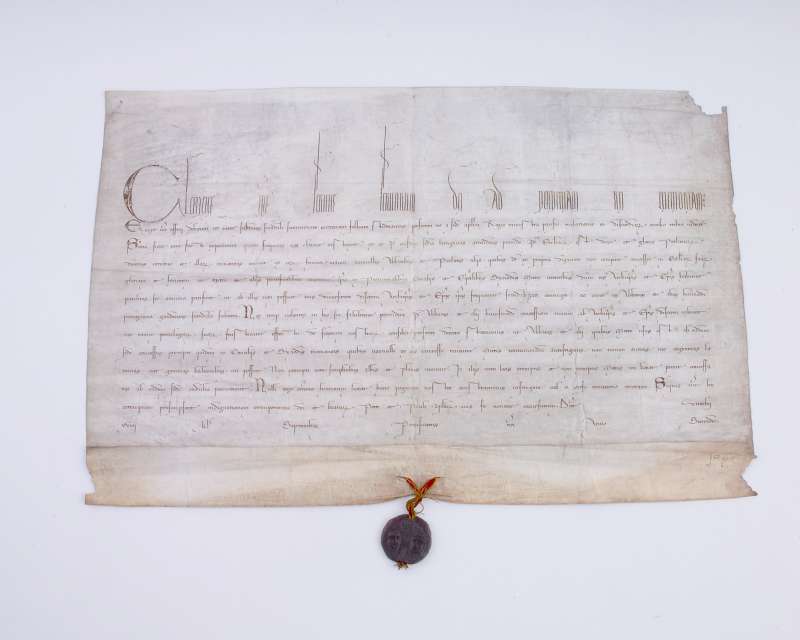 The following commentary is from the EWTN series, The Papacy: A Living History, The Papal Artifacts Collection of Father Richard Kunst. This artifact is the oldest document in the Collection and was featured on Episode 5 of the series, Popes of the 17th Century and Earlier.