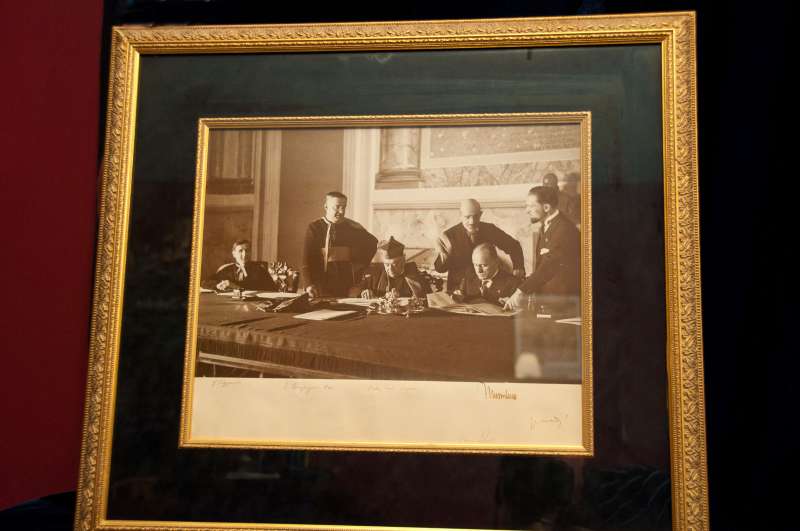 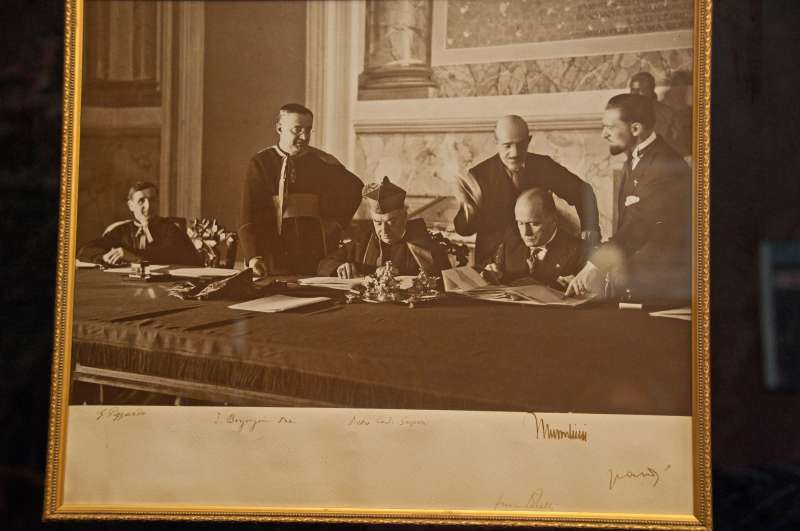 Below the photograph on the lower right side is the original ink embossed signature of the important Official Papal photography studio G Felici.

Giuseppi Felici started this studio, and his son took over after his death in 1923.  Felici photographs very rarely come to market and what I have found is they are mostly in museums and institutions.