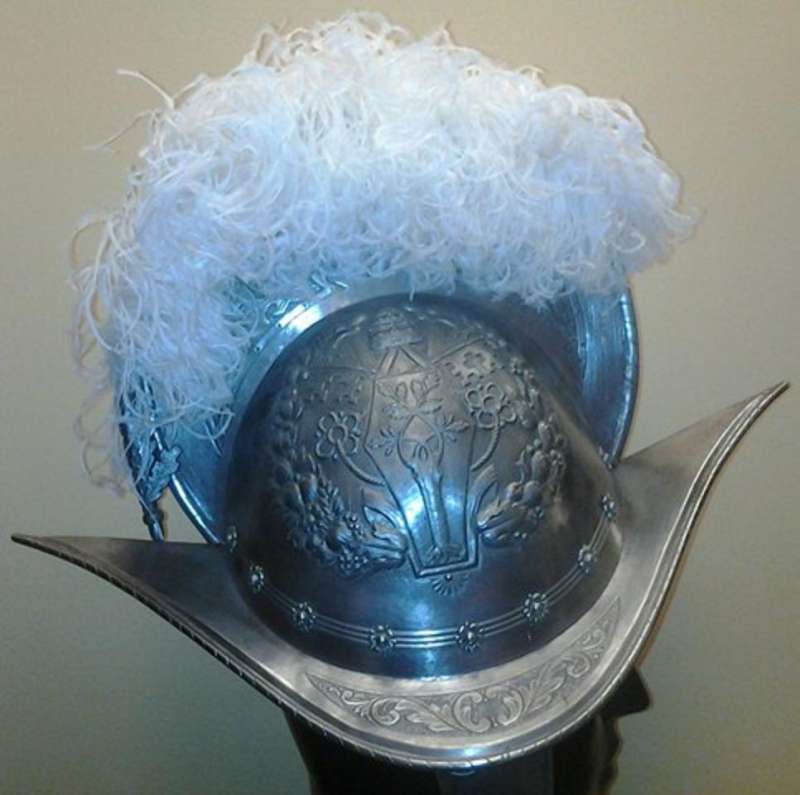 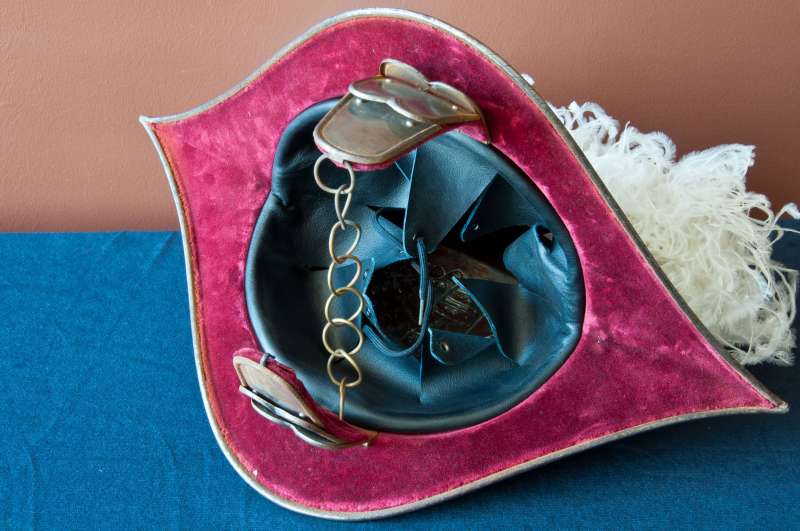 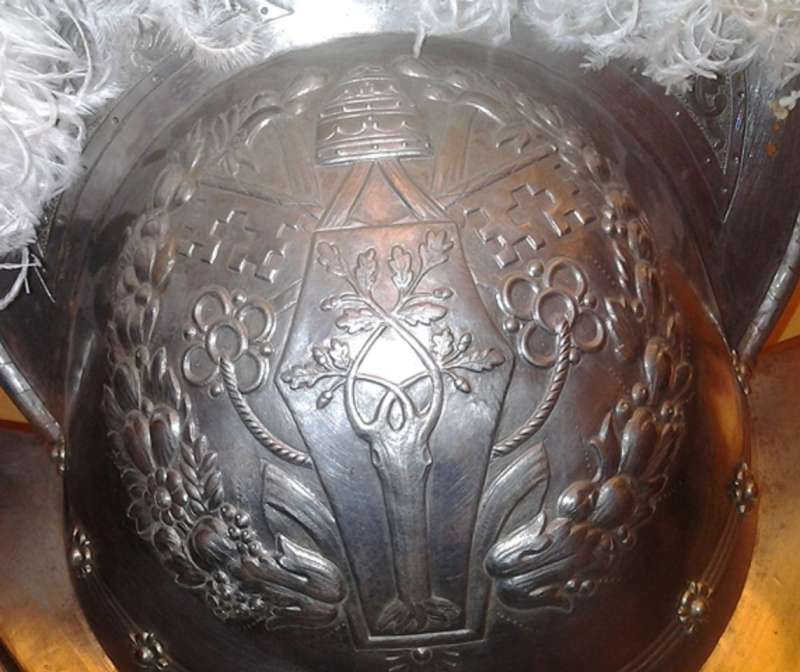 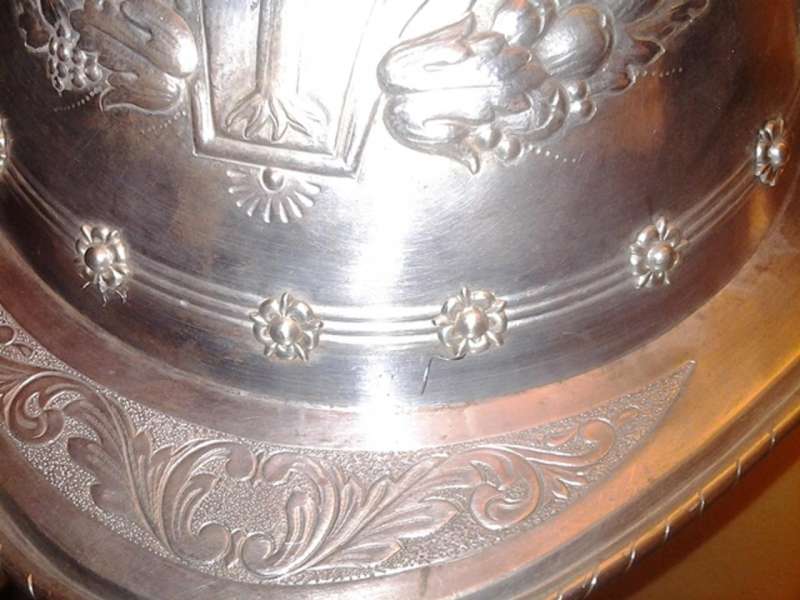 Both the first and second pictures of the helmet clearly reveal the coat of arms in the embossing. (Page 5 of Papal History also has an image of Pope Julius’ coat of arms.)