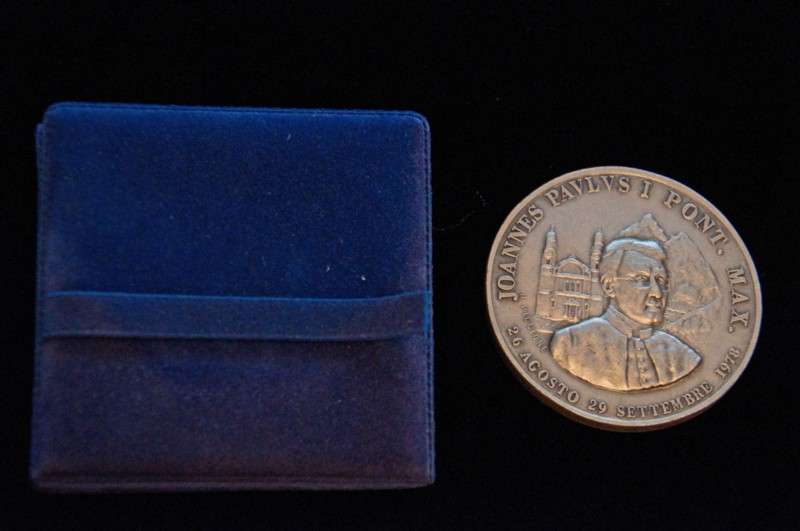 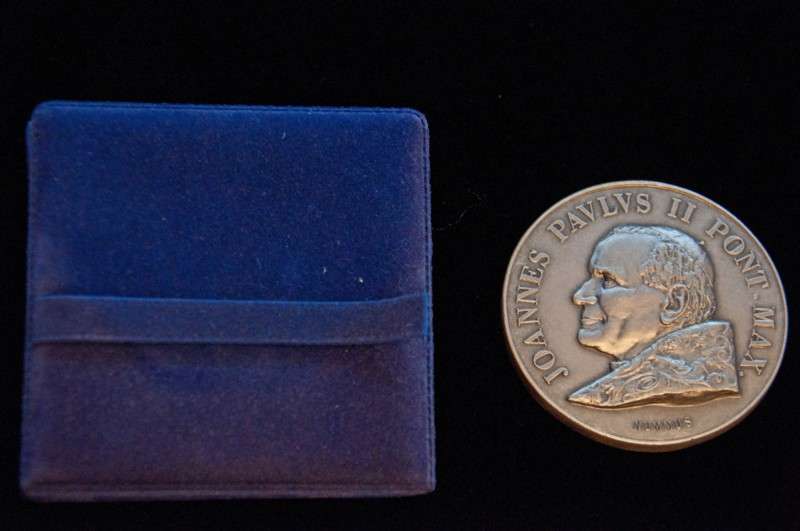 In 2001 Father Kunst and his father went to northern Italy, to an area called Belluno where Pope John Paul I lived. They visited his family, in particular, his niece, Pia Luciani, and his brother, Eduardo, and his sister-in-law. They spent the day with them visiting the home where the Pope was born. Father Kunst asked for a memento of John Paul I.

One of the items Eduardo gave Father Kunst was a medal that was from 1979 when Pope John Paul II, upon the first anniversary of Pope John Paul I’s death, went to Belluno to visit the family and the house. This medal commemorates that event.