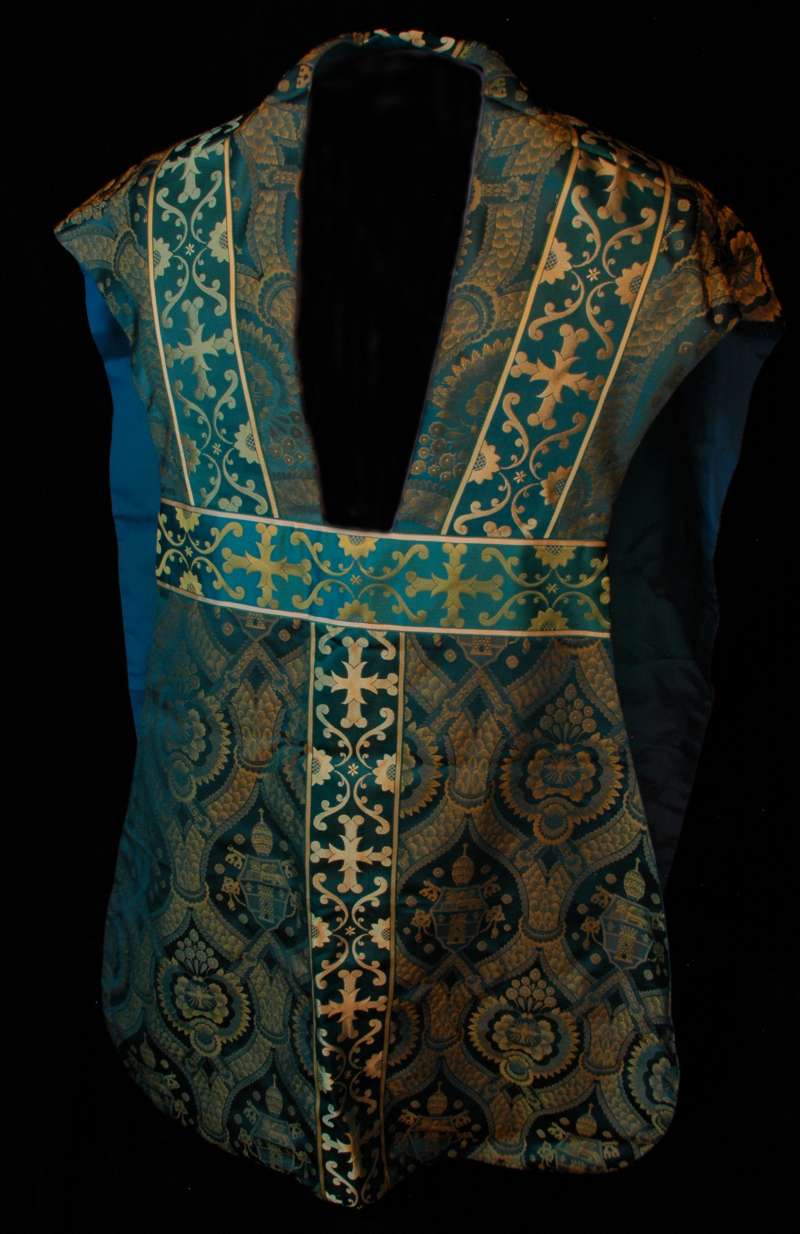 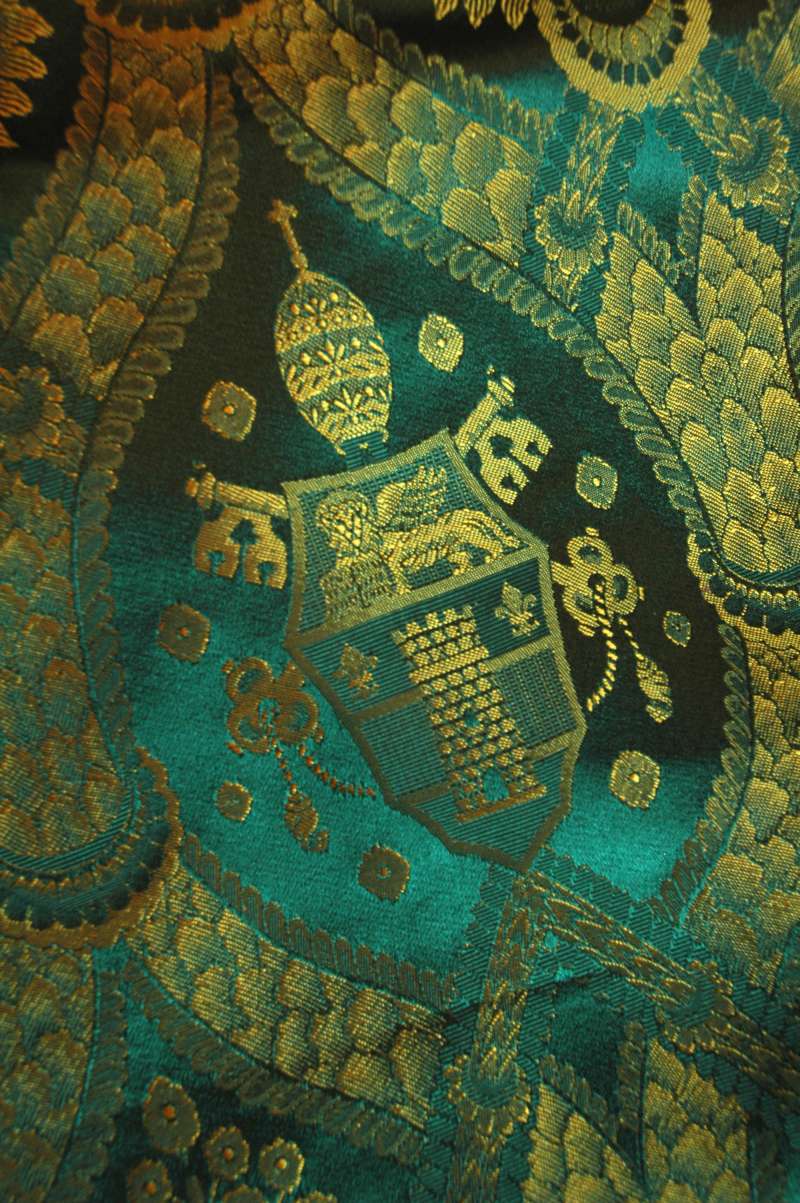 The commentary provided here is a compilation of the conversation between Father Richard Kunst, the Papal Artifacts’ Curator, and his co-host, Father Ryan Moravitz.

(Both priests concurred that since their ordinations they have been privileged to say Mass in Saint Peter’s Basilica many times.) It’s a great experience as a priest to go to Saint Peter’s and be able to do this. And this is a privilege open to any priest. You just go there in the morning and go to the sacristy, and they will bring you to any altar that is free.

Just as we see his cardinal coat of arms in the thank you card from his elevation to the cardinalate, now we see the papal coat of arms of John XXIII embedded in the chasuble.
This chasuble brings us right back to the great celebration of the Eucharist. We always come back to that with these items, and certainly the priests celebrating in Rome during his time as our Holy Father reminds me of how privileged I have been to have been able to do that. And so many priests prior to us have celebrated Mass in that Basilica. It’s just a great component of our spiritual wealth and the richness of our tradition and our unity in the Eucharist.