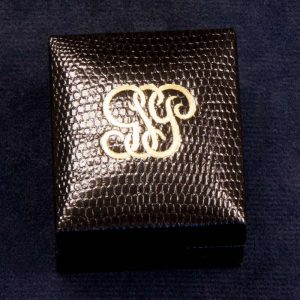 The Papal Swiss Guard was founded in 1506 and has served successive popes since that time. It is significant that a pope has never been killed on their watch.

This silver lapel pin has the coat of arms of Pope Francis on it and was made specifically for the Swiss Guard.