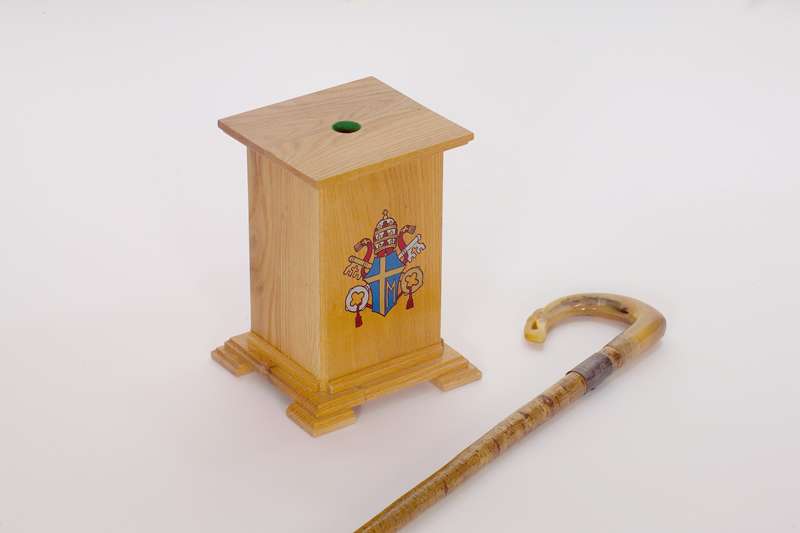 The following commentary is from the EWTN series, The Papacy: A Living History, The Papal Artifacts Collection of Father Richard Kunst. This hiking stick, used by Pope John Paul II, has a silver clasp and a hook made of a hand-carved ram’s horn. Included with the walking stick is the stand that shows Pope John Paul’s coat of arms. The hiking stick was featured on the first episode of the series, Popes Benedict XVI and Blessed John Paul II.