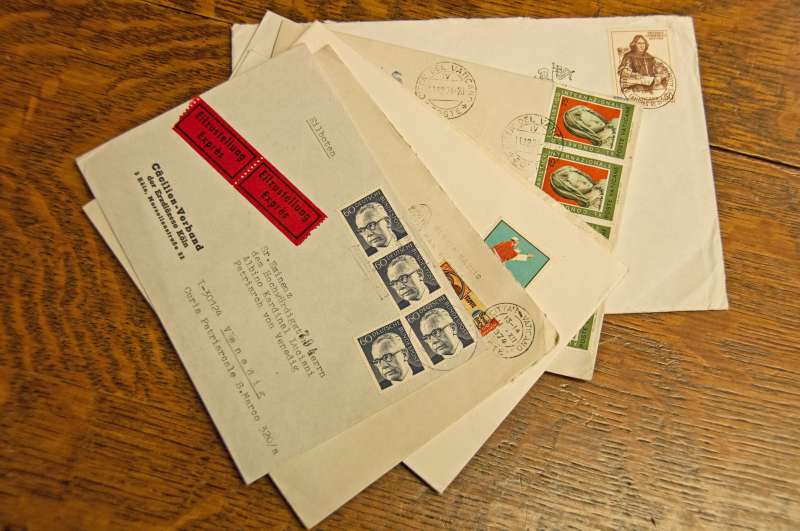 A collection of envelopes addressed to Cardinal Ablino Luciani, the future Pope John Paul I.

Father Kunst has maintained a correspondence with Pia Luciani, the niece of John Paul I. As a young person she collected stamps. Knowing that, her uncle, who was at that time an archbishop and later, a cardinal, would save envelopes that he would get from different countries. He would give her the envelopes because of the stamps on them.

She gave Father Kunst about a dozen of these envelopes that were addressed to her uncle as Cardinal Albino Luciani.