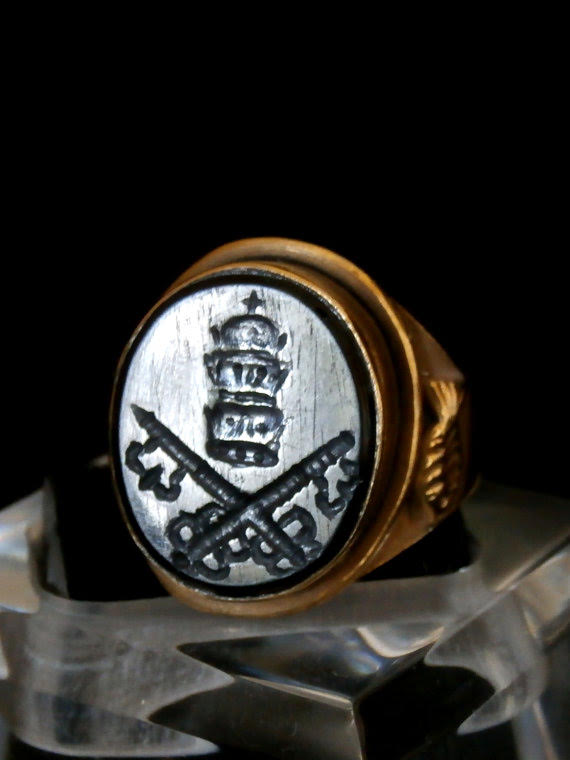 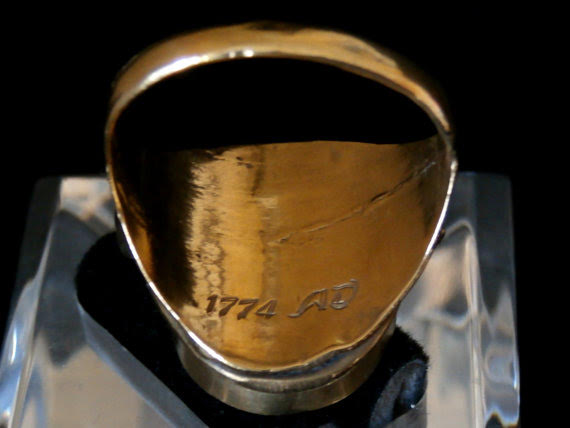 This is an extremely rare ecclesiastical Georgian style ring.  It is a commemorative ring, possibly remembering the death of Pope Clement XIV, dated 1774.

It is an extremely interesting ring of unusual design and powerful in its simplicity.  The ring is of fine silver with a mercury applied gold gilt surface.  The band is of a flattened convex type which rises to wide signet shoulders.  To each shoulder a Christian symbolic fish is seen.  The bezel frame is a counter sunk oval at 2 cm in length with a finial lip casting and typically Georgian in style with a closed reverse case.  Rising above the lower bezel is a collar case which holds a jet black onyx gem of chalcedony.  The stone is cut as an intaglio and details an expertly ha d crafted image of the cross keys symbol, indicative of the  Holy See of Rome and the Vatican symbol of State:=.  The ring has a date inscription in italic script to the reverse of the bezel case reading 1774 AD.