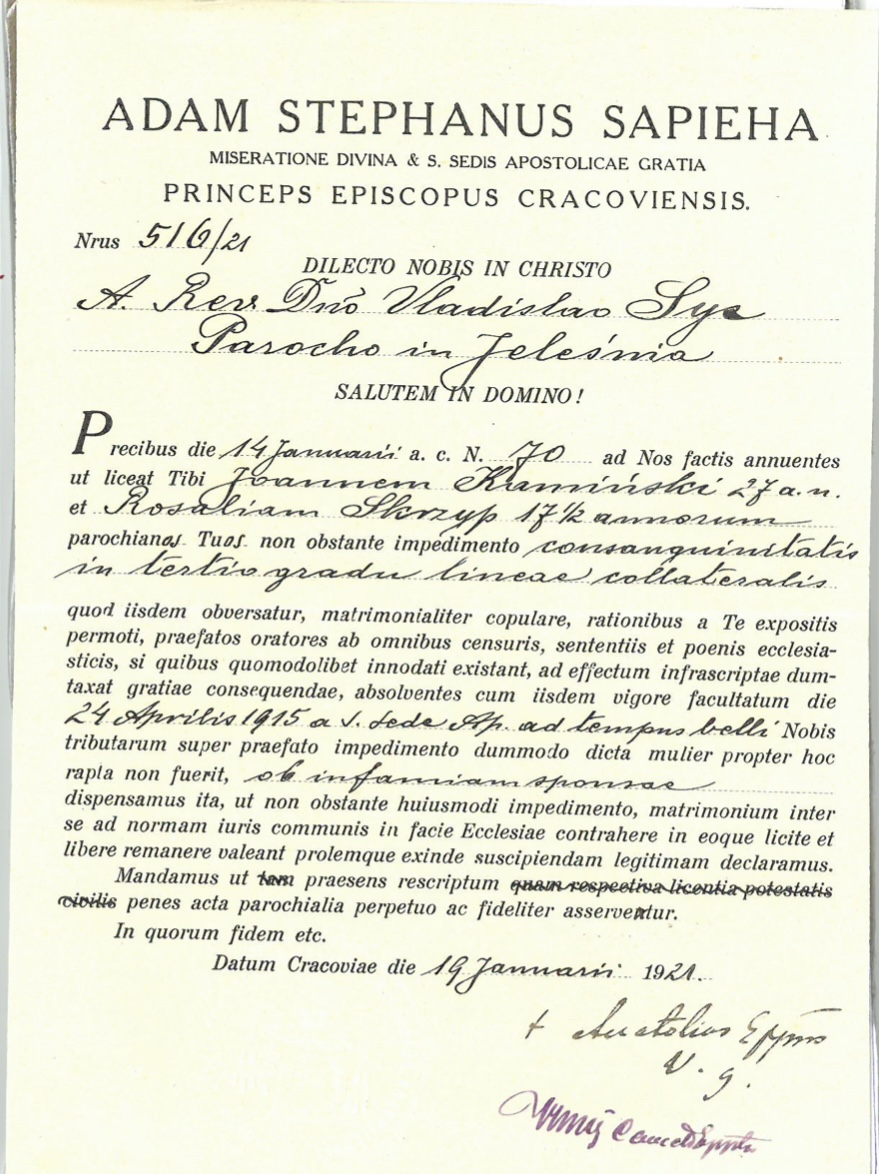 The one page document was signed by  the archbishop (and future cardinal) of Krakow in 1921.

Father Kunst is very happy to have this document added to the Collection given the significance of Cardinal Sapieha.  He has never seen material of his offerred.

A hero of Poland, known as “The Unbroken Prince,” he was also one of the most significant mentors in the life of the future Pope St. John Paul II, even ordaining Karol Wojtyla in 1946.

Although he is noted for his contributions to the life of the future pope, Adam Sapieha’s importance and heroism in his church and country can never be overemphasised. 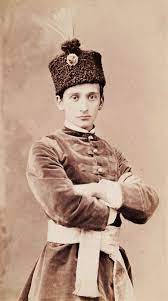 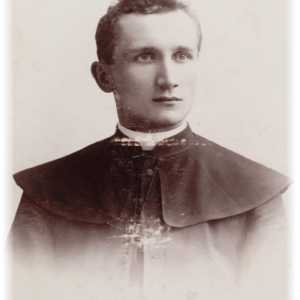 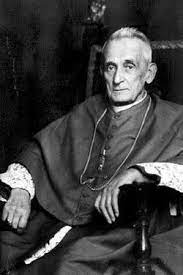 Prince Adam Stefan Cardinal Sapieha was born May 14, 1867 to members of Polish nobility, of Polish & Lithuanian descent. He was the youngest of seven children born to Prince Adam Sapieha-Kodenski and Princess Jadwiga Sanguszko-Lubartowicza.

Known for intellectual prowess, Adam enrolled in the Law Department at the University of Vienna and also at  a Catholic law institute in Lille (a city in the northern part of France in French Flanders).  Further studies continued at the Jagiellonian University in Krakow.  Theological studies at various institutes of higher learning, both in Innsbruck and in seminary, concluding at the Gregorian University in Rome, were followed by  ordination  to the priesthood on October 1, 1893.  Studies then continued and included a doctorate in civil and canon law and the study of diplomacy.

In 1897 he returned home, becoming the vice-rector, then rector, of the seminary in Lviv.  After resigning from this post he first traveled for six months in the United States and then quickly was appointed to papal posts as a representative of the Polish Catholic Church at the Roman Curia.  He served as secretary to Pope Pius X who personally consecrated him a bishop in the Sistine Chapel on December 17, 1911.

George Weigel, renowned scholar and biographer of Pope John Paul II, said of him, “he was a short man of iron will, a leader with a great natural authority that reflected his innate dignity and strength of character.”  One of the ways this dignity presented itself was in his action upon being consecrated bishop.  Instead of going where he was expected by the gentry honoring him he went to visit people living in a poor house.

Archbishop Sapieha could trace his roots to the martyred St. Stanislaw, the, “defender of the city of Krakow,” and give added meaning to that title.

Travails ensued for the new bishop as he became a vocal opponent of the concordat between the Vatican and the new Polish state. (Poland was not an independent state from 1795 -1918).  He believed the Church should be completely independent of the state.  Conflict with the Polish nuncio, Archbishop Achille Ratti (the future Pope Pius XI), over this decision carried into future dealings with him as pope. This was manifest when Ratti became Pope and did not make him cardinal although that was the tradition for bishops of Krakow.

Weigel further states, “these two strong personalities had crossed swords and the red hat was denied him.”  Pius XI died in February of 1939 and Sapieha had asked to be allowed to resign just a week beforehand.   This letter was never answered due to the Pope’s death.  When asking the newly elected Pius XII for the same permission, he was again denied due to the political situation all across Europe and impending war.

February 18, 1946, Sapieha was created cardinal by Pope Pius XII, and on November 1, 1946, Sapieha  conferred priestly ordination upon Karol Wojtyla in his own chapel.

During that terrible nightmare of WWII, Sapieha never left Poland although significant others did.  He grew stronger as he grew older and became the voice of legitimate authority, “in a nation run by gangsters.”

In 1944 he operated the Polish seminary underground since the Nazis killed seminarians whenever they found them.  He moved them into the Bishop’s Palace in Krakow. Karol Wojtyla (the future John Paul II) was one of them.

Early on in Wojtyla’s high school life, the Cardinal had met him and knew he was destined to become a priest.  It is significant that in the future Pope’s own residence only two photos were present: a photo of his parents and the Primate of Poland, Cardinal Adam Sapieha.

One of the best anecdotes connected to Sapieha involved the governor, Hans Frank, who ordered him to hand over the keys to Wawel Castle.  His reply?  “But don’t forget to give them back to me when you will be leaving Wawel.”

Cardinal Sapieha died July 23, 1951 and was buried in Wawel Cathedral in the crypt under the confessional of St. Stanislas. 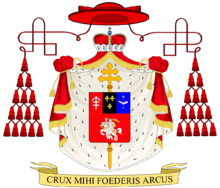 For Me the Cross is a Pledge of the Covenant 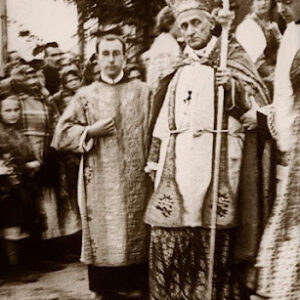 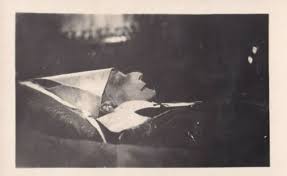 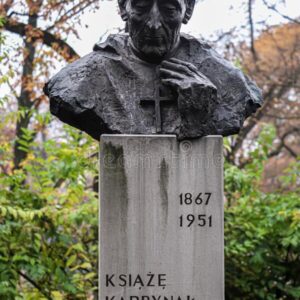 With special thanks to George Weigel 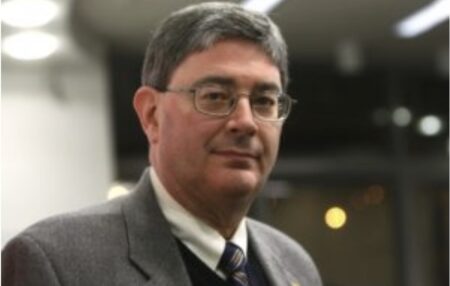