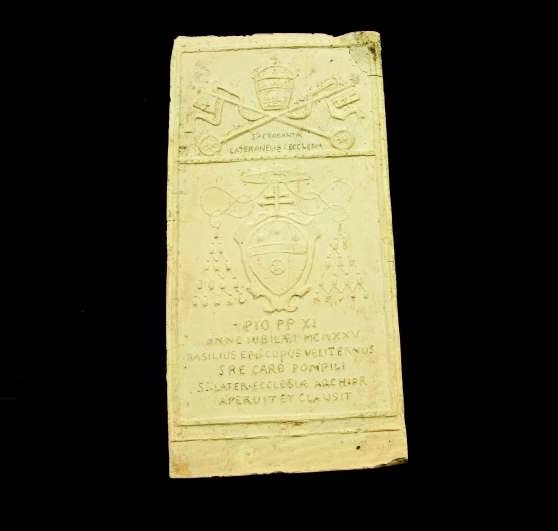 In 2008 Father Kunst purchased a series of holy year bricks from a Roman citizen selling them on auction. They belonged to the man’s grandmother who had recently died at 104 years of age. The man’s grandfather worked at the Spanish Embassy at the Vatican. On one of the bricks is written the notation that it was intended as a gift to his grandfather and his family.