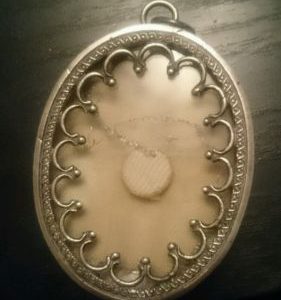 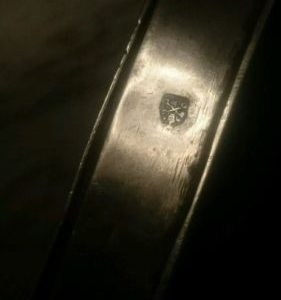 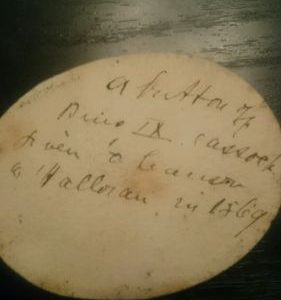 Blessed Pius IX: Back of Locket with Information

The item featured here is a very rare silver locket from Vatican City with a button and material from Blessed Pope Pius IX’s cassock. It is hallmarked with the cross keys & tiara, the symbol of the papacy.  The locket is from the 1860’s and weighs 23.81 grams.

A cassock is the ankle length garment worn by clergy with a close fitting waist and sleeves and a fascia (sash) around the waist.

They are the actual remains or an object associated with a saint or martyr. These remains or objects are esteemed and venerated in many religious traditions because of their association with the person.