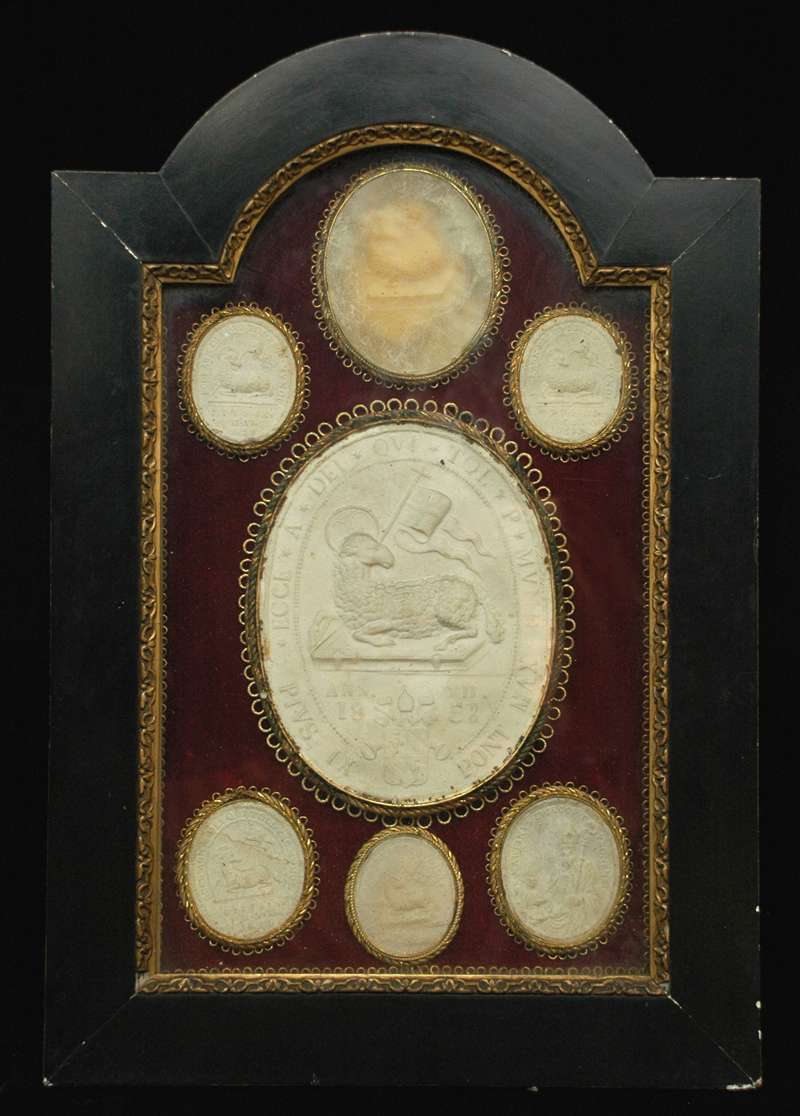 These were cylinders or small disks of wax that were created by melting the previous year’s Easter candles of Rome’s Churches. This took place at the beginning of Lent each year. They were put in a big cauldron and melted. From them, small disks of wax were created with a picture of the Lamb of God on them. Sometimes a Saint was put on the other side of the disk. The Pope’s name and sometimes his Coat of Arms was included as well as the year.

Chrism oil was also poured into the cauldron. The Pope, then, blessed them. They were given as Sacramentals to pilgrims to Rome. Pilgrims experienced, then, a connection to the paschal candle, to the chrism oil and to the Pope himself.

This item is a framed piece with seven Agnus Dei. They are of various sizes and the middle one is very large. They are from the pontificate of Blessed Pius IX, the longest reigning pope in history.

There is a crack in the glass of this frame but seems to be an original and probably dates to near the time of his pontificate.