Pope John Paul I: A Ticket to the September 13, 1978 General Audience 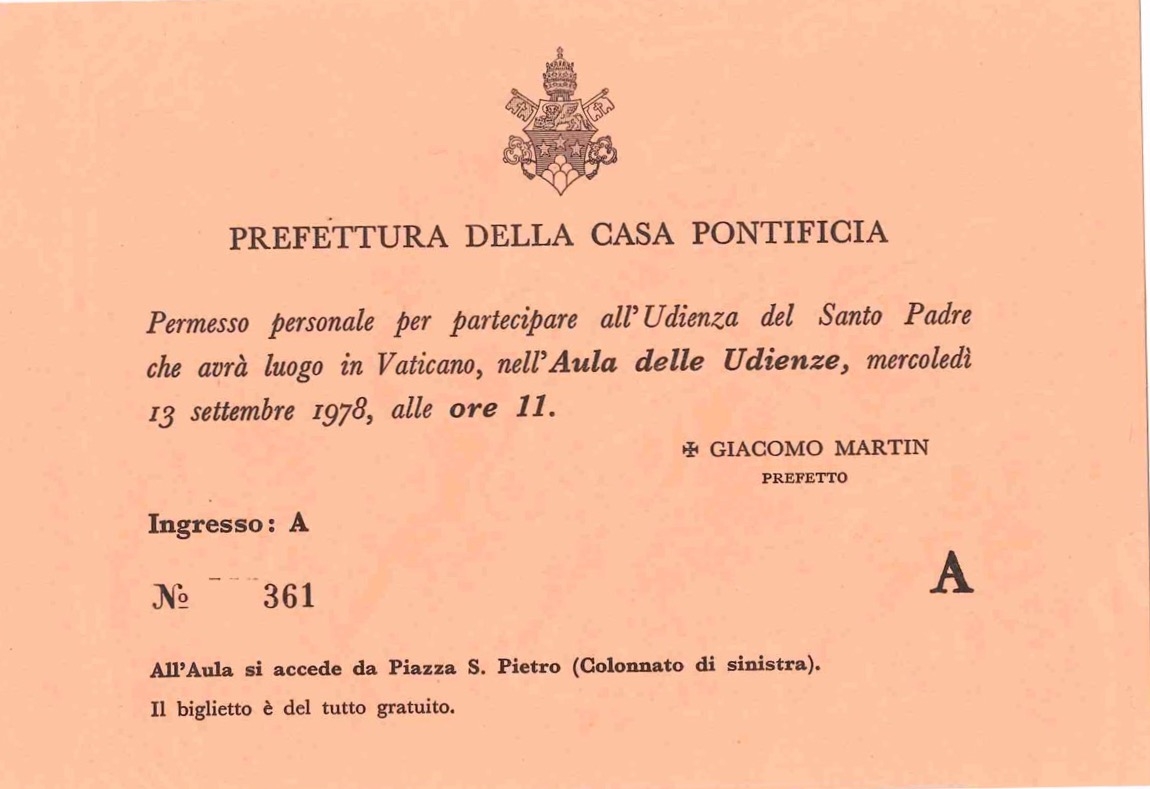 The artifact featured here is a ticket to a general audience of Pope John Paul I, issued for September 13th of 1978, the  2nd of only 4 general audiences the Pope had before his death.  This was the second Wednesday of that month (September 6, 13, 20 & 27)–and his death was on Thursday, September 28.  Father Kunst has never seen one of these tickets, and, for certain, none during the short papacy of the man considered to be, “The Sun Ray of God’s Love.”