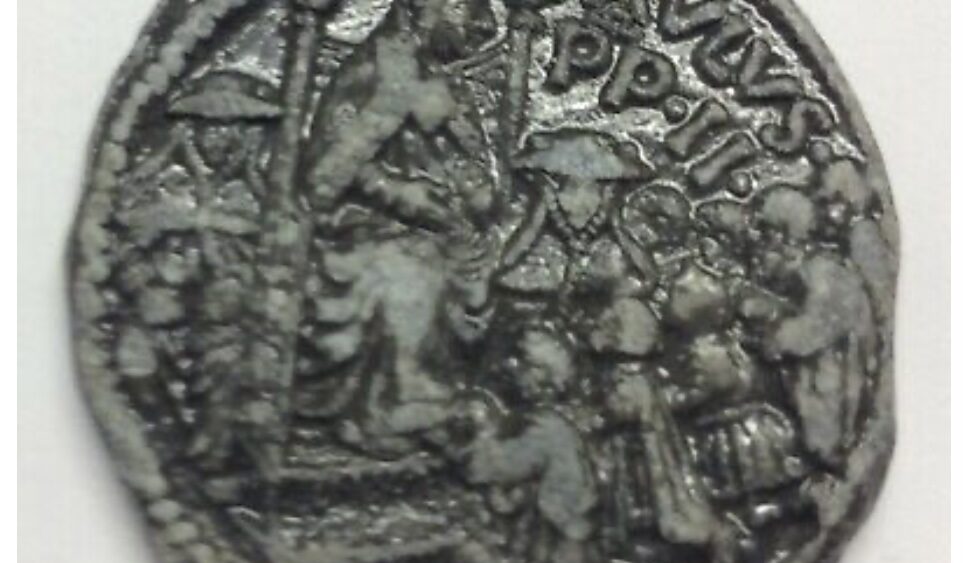 Pope Paul II: Why This Is Such a Rare Papal Bulla

The bulla featured here is so rare, because Pope Paul II changed the design on the reverse side to show not just the faces of Sts. Peter & Paul but their whole bodies. For a thousand years, as Father Kunst explains below, bullas have been used and remained the same with the image of the pope on one side and Peter and Paul on the other–except for Pope Paul II who changed the seal during his pontificate.

Now, not only does this Collection have the actual matrix, shown below, but one of the bullas as well. To have both of these artifacts is, indeed, a rarity and welcome addition.

The Matrix for the Bulla You See Here

Again, this is one of those items that when I walk through the Vatican museums, I look at some of their things, and as awesome as those things are, there’s nothing that compares with this, because this shouldn’t exist. Not only should it not exist but also it’s just so unique and is a part of this Collection. But the fact that it is in existence and is outside of the Vatican makes it as rare as an item can possibly get.

The handle of the matrix is not original. At a later date a wooden handle was added