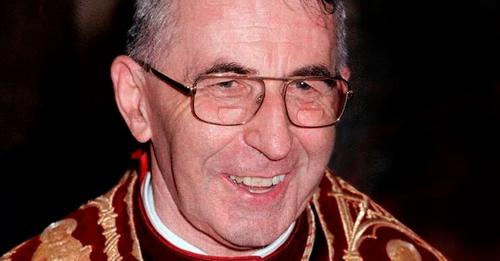 Pope Francis today authorized the Congregation for the Causes of the Saints to promulgate the decree recognizing a miracle attributed to the intercession of Pope John Paul I, thereby opening the door to his beatification. The date has yet to be decided, but it is widely expected to be in 2022.

The miracle relates to the cure of an 11-year-old girl in Buenos Aires on July 23, 2011. She suffered from an acute form of encephalopathy, a severe brain disease. Her situation was very serious, characterized by numerous daily seizures and a septic state of bronchopneumonia, the congregation’s website revealed today. It said the initiative to invoke John Paul I’s intercession for the Argentinian girl was taken by the priest of the parish under whose jurisdiction the hospital fell.

After the disease was unexplainably cured at the end of November of that same year, an investigation was launched in the Archdiocese of Buenos Aires. Then-Cardinal Jorge Mario Bergoglio was archbishop of Buenos Aires at the time.

The documentation of the presumed cure was carefully collected with all the relevant information and then sent to Rome for examination by the medical board of the Congregation for the Causes of the Saints. That examination took place on Oct. 31, 2019, and the doctors unanimously agreed that there was no scientific explanation for the cure. The case was next referred to the congregation’s commission of theologians, who also gave a positive verdict on May 6, 2021. This week the commission of cardinals gave its approval, and Pope Francis did so today.

The beatification of John Paul I will make him the fourth pope of the second half of the 20th century to be so honored by the church. His two immediate predecessors, John XXIII and Paul VI, and his immediate successor, John Paul II, have already been declared saints by Pope Francis. If there is a second miracle that can be attributed to John Paul I’s intercession, then he will follow suit and be declared a saint.

The process for the cause of his beatification reached the final stage earlier this week when the cardinals and bishops of the Congregation for the Causes of the Saints came together and gave their approval to the attribution of a miracle to the intercession of the Venerable Servant of God, John Paul I, recognizing that it could not be explained by science.

John Paul I was born Albino Luciani in 1912 and ordained a priest in 1935. Pope John XXIII appointed him bishop of Vittorio Veneto, Italy, in 1958, and Pope Paul VI appointed him as patriarch of Venice in 1969.

His death on Sept. 28, 1978, 33 days after his election, caused a major controversy due to the Vatican’s secretive handling of it. Speculation around the cause of John Paul’s death was fueled by a book written by David Yallop, In God’s Name: An Investigation into the Murder of Pope John Paul I.

The cause for John Paul I’s beatification was opened in his home diocese of Belluno in northern Italy in November 2003 and is based on the testimony of 188 witnesses, including Pope Benedict XVI. After the regular process of deliberations at the Vatican’s Congregation for the Causes of Saints, Pope Francis issued a decree on Nov. 8, 2017, recognizing that John Paul I had lived the theological virtues of faith, hope and charity to a heroic decree.

Gerard O’Connell is America’s Vatican correspondent and author of The Election of Pope Francis: An Inside Story of the Conclave That Changed History. He has been covering the Vatican since 1985.