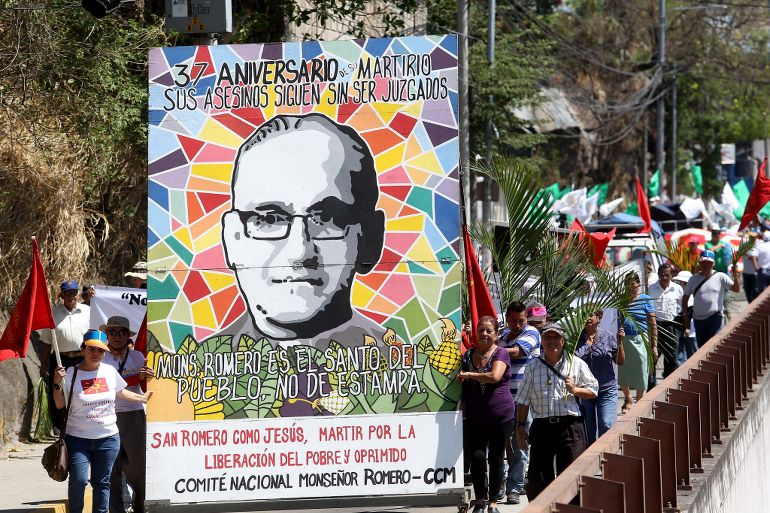 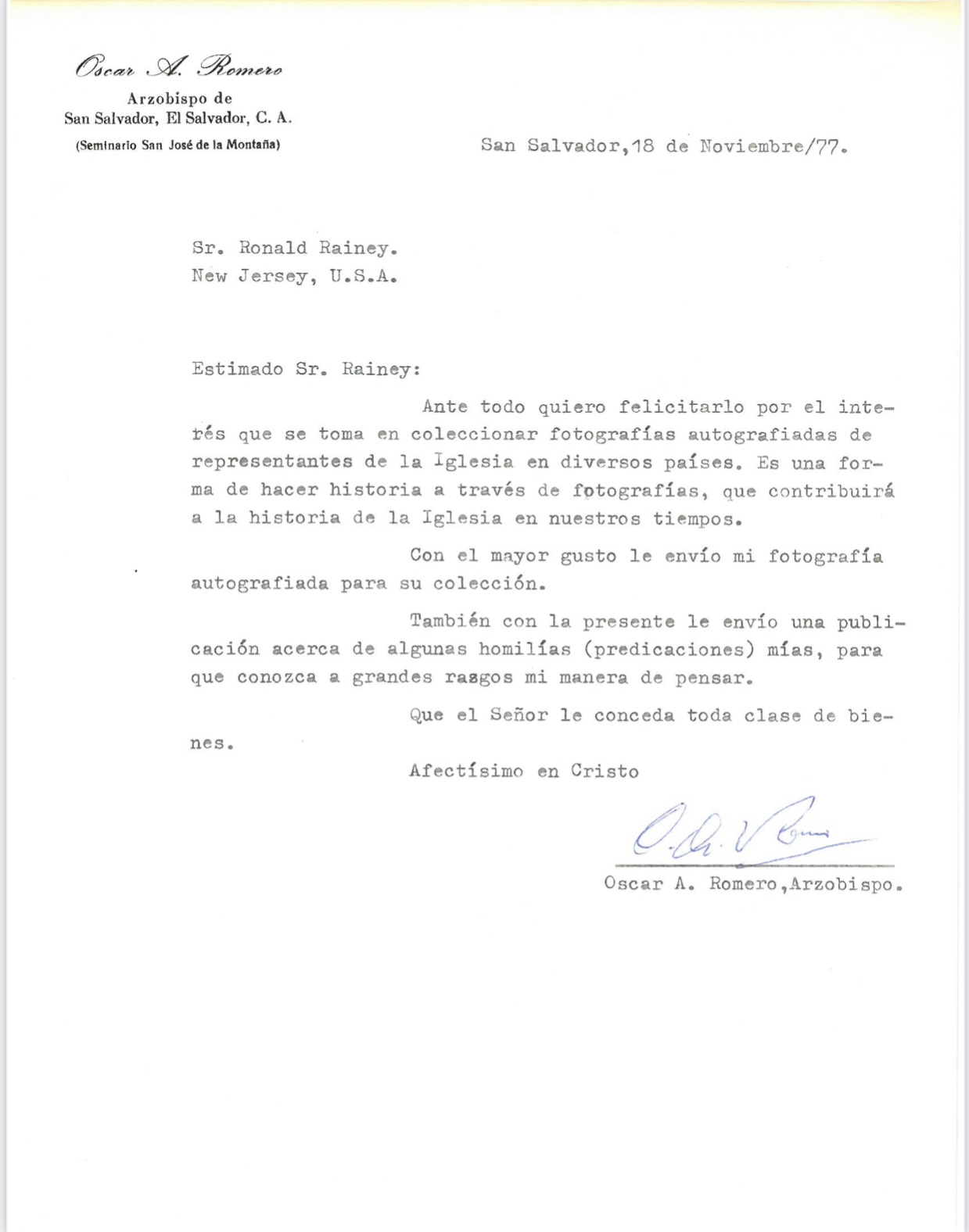 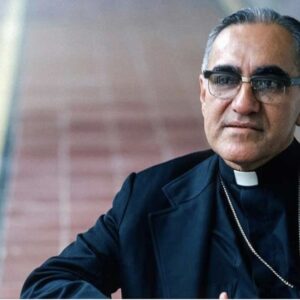 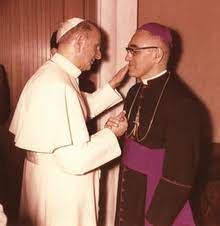 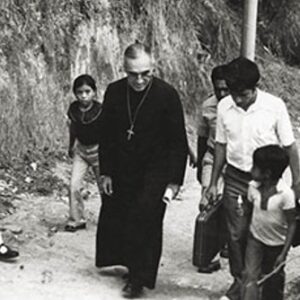 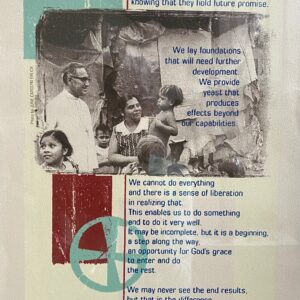 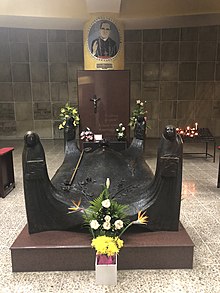 Romero entered the local public school, which offered only grades one through three. When finished with public school, Romero was privately tutored by a teacher, Anita Iglesias, until the age of thirteen. During this time Romero’s father trained him in carpentry because he showed exceptional proficiency as an apprentice. His father wanted to offer his son the skill of a trade, because in El Salvador studies seldom led to employment,  However, Romero broached the idea of studying for the priesthood, which did not surprise those who knew him.

Romero entered the minor seminary in San Miguel at the age of thirteen. He left the seminary for three months to return home when his mother became ill after the birth of her eighth child.  During this time he worked with two of his brothers in a gold mine near Ciudad Barrios.

Before finishing in 1943 at the age of 26, he was summoned back home from Italy by his bishop. He traveled home with a good friend, Father Valladares, who was also doing doctoral work in Rome. On the route home, they made stops in Spain and Cuba, where they were detained by the Cuban police, likely for having come from Fascist Italy,  and were placed in a series of internment camps.

After several months in prison, Valladares became sick and Redemptorist priests helped to have the two transferred to a hospital. From the hospital they were released from Cuban custody and sailed on to Mexico, then traveled overland to El Salvador.

Romero was first assigned to serve as a parish priest in Anamorós, but then moved to San Miguel where he worked for over 20 years. He promoted various apostolic groups, started an Alcoholics Anonymous group, helped in the construction of San Miguel’s cathedral, and supported devotion to Our Lady of Peace. He was later appointed rector of the inter-diocesan seminary in San Salvador. Emotionally and physically exhausted by his work in San Miguel, Romero went on retreat in January 1966 where he visited a priest for confession and a psychiatrist. Physically, emotionally & spiritually he was exhausted.

In 1966, he was chosen to be Secretary of the Bishops Conference for El Salvador. He also became the director of the archdiocesan newspaper Orientación.

On April  25, 1970, Romero was appointed an auxiliary bishop for the Archdiocese of San Salvador and as the titular bishop of Tambeae. He was consecrated on  June 21, 1979. In 1974  he was appointed Bishop of the Diocese of Santiago de María, a poor, rural region.

Romero became  Archbishop of San Salvador, February 1977.  While this appointment was welcomed by the government, many priests were disappointed, especially those openly supportive of Marxist ideology. The progressive priests feared that his conservative reputation would negatively affect liberation theology’s commitment to the poor.

The Murder of His Friend & His Complete Change of Heart

On 12 March 1977, Rutilio Grande, a Jesuit priest and personal friend of Romero who had been creating self-reliance groups among the poor, was assassinated. His death had a profound impact on Romero, who later stated: “When I looked at Rutilio lying there dead I thought, “If they have killed him for doing what he did, then I too have to walk the same path.”

Romero urged the government to investigate, but they ignored his request. Furthermore, the censored press remained silent.

In response to Grande’s murder, Romero revealed an activism that had not been evident earlier, speaking out against poverty, social injustice, assassinations and torture.

Romero denounced the persecution of members of the Catholic Church who had worked on behalf of the poor:

In less than three years, more than fifty priests have been attacked, threatened, calumniated. Six are already martyrs–they were murdered. Some have been tortured and others expelled [from the country]. Nuns have also been persecuted. The archdiocesan radio station and educational institutions that are Catholic or of a Christian inspiration have been attacked, threatened, intimidated, even bombed. Several parish communities have been raided. If all this has happened to persons who are the most evident representatives of the Church, you can guess what has happened to ordinary Christians, to the campesinos, catechists, lay ministers, and to the ecclesial base communities. There have been threats, arrests, tortures, murders, numbering in the hundreds and thousands…. But it is important to note why [the Church] has been persecuted. Not any and every priest has been persecuted, not any and every institution has been attacked. That part of the church has been attacked and persecuted that put itself on the side of the people and went to the people’s defense. Here again we find the same key to understanding the persecution of the church: the poor.

When Oscar Romero was appointed Archbishop of San Salvador in 1977, his country was broken. Many people in El Salvador were living in poverty, while an elite group manipulated all political and economic power. Death squads ensured things stayed that way.

Just three weeks after becoming Archbishop, Romero’s good friend, Jesuit Father Rutilio Grande, was murdered by one of those death squads. Another five priests would be assassinated in the Archdiocese of San Salvador during the three years Romero was pastor.

When a military junta seized power in 1979, Archbishop Romero began broadcasting weekly sermons over the radio. He openly criticized the regime and those supporting it, denouncing cases of abduction, torture and mass murder.

That is when he became known as “The voice of those without voice.”

In 1980, social tensions erupted into a civil war which lasted twelve years and left over 75,000 people dead. Archbishop Romero set up pastoral programs to assist the victims of oppression. At the same time, he became even more outspoken, condemning human rights violations, and defending the preferential option for the poor.

Archbishop Romero appealed desperately to the Salvadoran military to stop killing their own people. “No soldier is obliged to obey an order that goes against the law of God”, he said. “I beseech you. I beg you. I command you! In the name of God: ‘Cease the repression!’”

It was his last radio broadcast.

At 6.30 pm, on Monday  March 24, 1980, the Archbishop of San Salvador was celebrating Mass in the chapel of the Divine Providence hospital. A car pulled up outside, and a single gunman fired a single shot from the doorway straight into Oscar Romero’s heart.

Moments earlier, the Archbishop had been speaking about how “Those who surrender to the service of the poor through love of Christ, will live like the grain of wheat that dies…”.

Recognized as “a martyr for the faith”, he was beatified on 23 May 2015 in San Salvador.

On 14 October 2018, in St Peter’s Square, Pope Francis proclaimed Oscar Arnulfo Romero a saint. For the occasion, the Pope chose to wear the same blood-stained belt that Romero was wearing at the altar when he died.

“Aspire not to have more, but to be more.” – Saint Oscar Arnulfo Romero