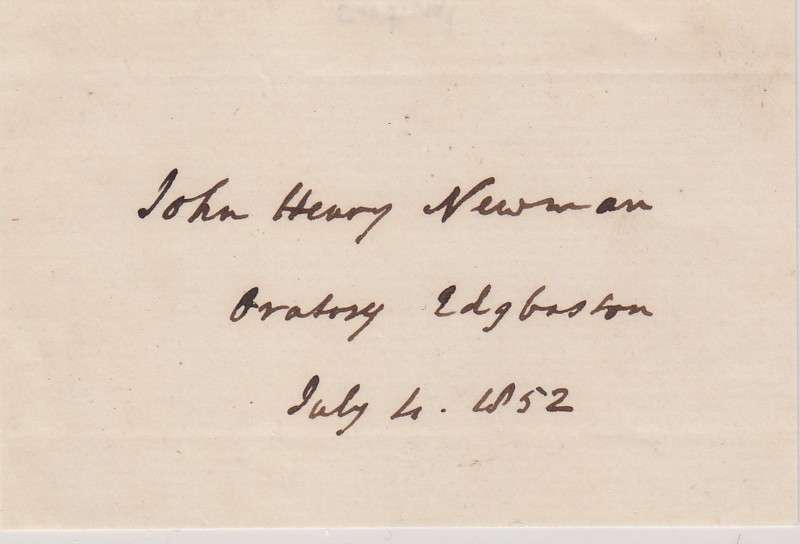 God has created me to do him some definite service. He has committed some work to me, which He has not committed to another. I have my mission. I may never know it in this life, but I shall be told it in the next. I am a link in a chain, a bond of connection between persons. He has not created me for naught. I shall do good. I shall do His work. I shall be an angel of peace, a preacher of truth in my own place. Therefore, I will trust Him. Whatever I am I can never be thrown away. If I am in sickness, my sickness may serve Him, in perplexity, my perplexity may serve Him. If I am in sorrow, my sorrow may serve Him. He does nothing in vain. He knows what He is about. He may take away my friends. He may throw me among strangers. He may make me feel desolate, make my spirits sink, hide my future from me. Still, He knows what He is about.

Cardinal Newman died on August 11, 1890, at the age of eighty-nine. His feast day is celebrated on October 9th in the British Isles.

St. John Newman, pray for us!