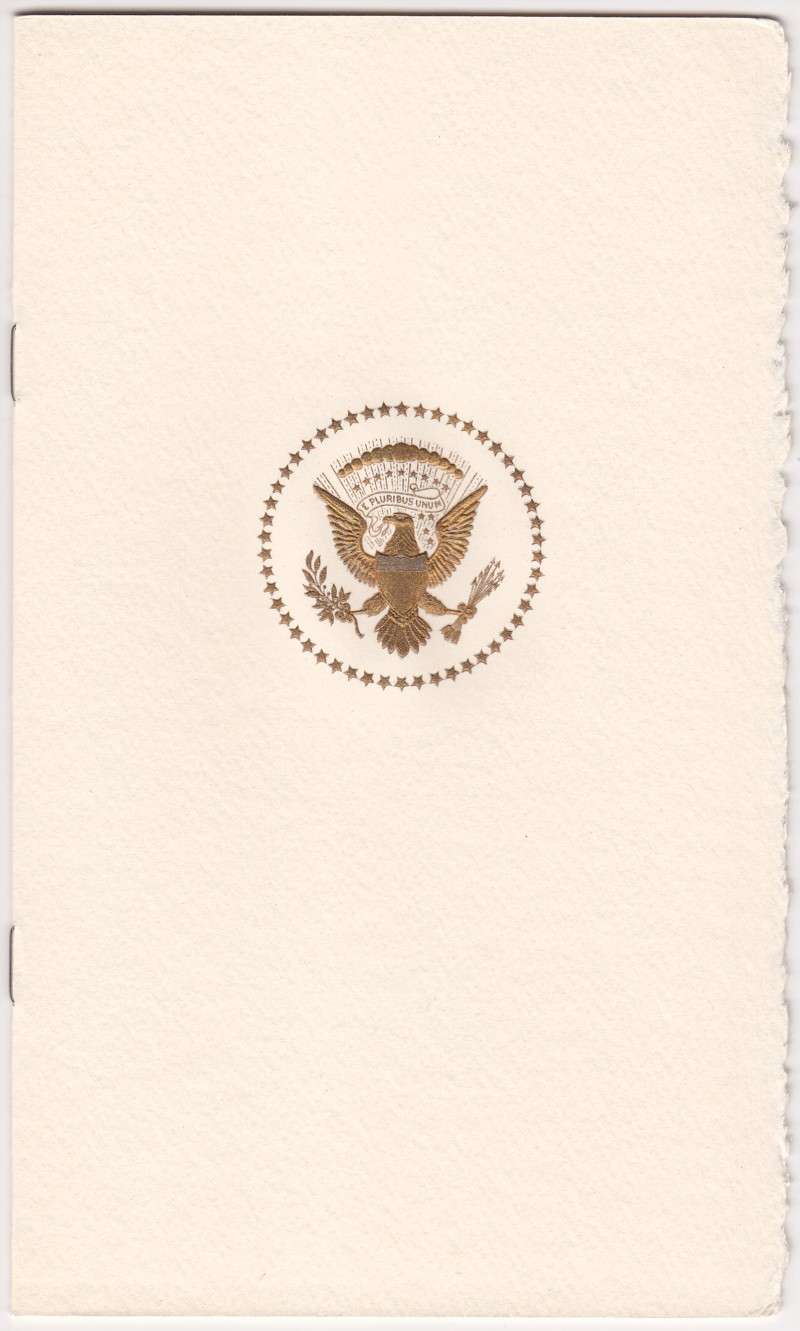 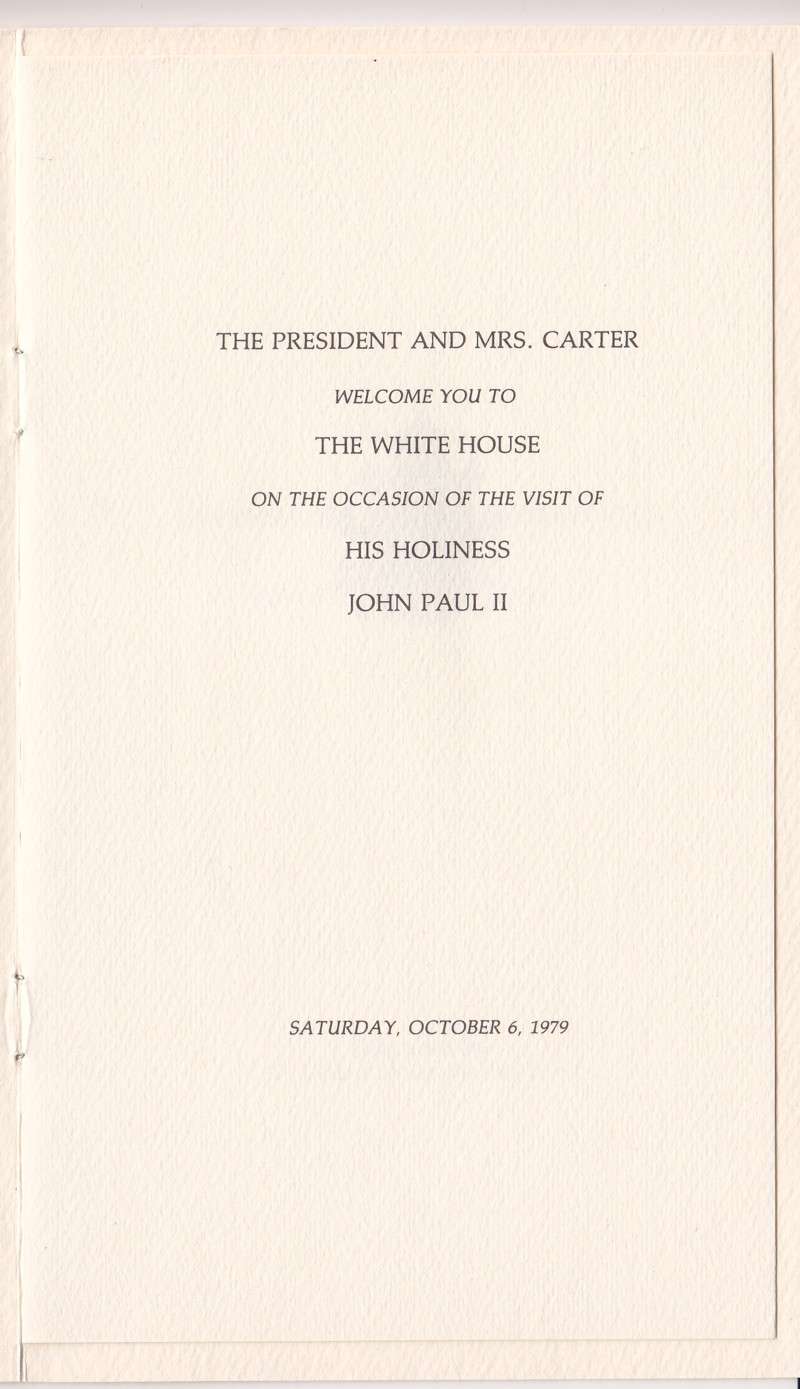 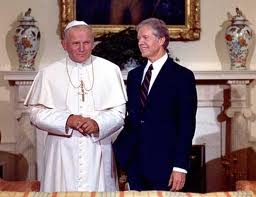 On October 6, 1979 Blessed John Paul II became the first Pope to step foot in the White House. Jimmy Carter extended the invitation to him.

The Holy Father, during his papacy  reached out to all people—to leaders of nations and to the poorest of the poor. We see him in photographs, and when we look at his life, we realize he met with presidents and many world leaders.

But you also see him with Mother Teresa, going through her hospitals, and in places such as that, throughout the world. What an inspiring example of the call that Christ gives us to reach out to all. And, again, his holiness and his sanctity are really revealed then.

This also shows us the longevity of his pontificate. This is Jimmy Carter. He was pope all the way up to George W. Bush. And so we have photos of him with all those presidents. It gives us a sense of the length of his pontificate and how long he was our Holy Father. —Father Richard Kunst

THE PRESIDENT AND MRS. CARTER
Welcome You To
THE WHITE HOUSE
ON THE OCCASION OF THE VISIT OF
HIS HOLINESS
JOHN PAUL II
SATURDAY, OCTOBER 6, 1979

Papal Artifacts honors and blesses the life of this great saint.