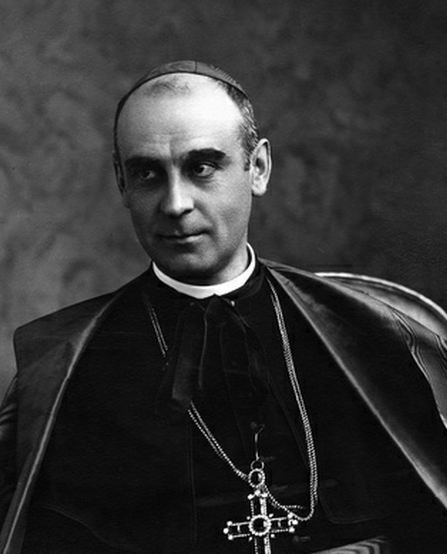 Cardinal Merry del Val is one of the Notable Individuals. 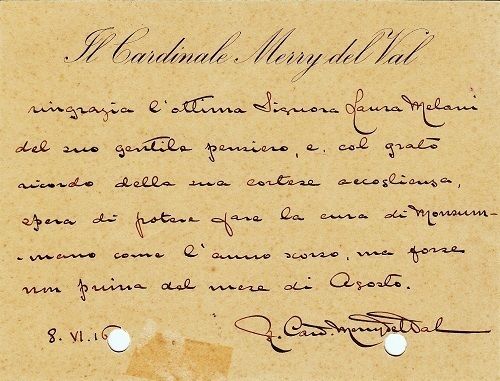 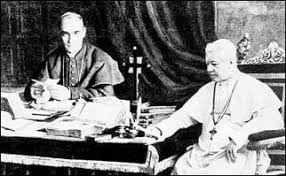 Cardinal Merry del Val: Secretary of State
October 10, 1865 – February 26, 1930
Pius X and Rafael Merry del Val. It is hard to imagine two personalities more different from one another. The former was born in the Venetian countryside to a family of very modest means, which knew hardship and probably hunger as well. He was able to go to school thanks to a scholarship, and spent his entire life, before his election to the papacy, among the poor people, in rural rectories and provincial chanceries, far from the spotlight and from places of power.

The latter, on the other hand, came from one of the most prominent families of the continent, had received a cosmopolitan and polyglot education, and was at home in the embassies and most exclusive circles of every European capital.
Their lives, which seemed destined to go separate ways, crossed almost by accident and ended up being so closely interwoven that it is hard to separate them even today.

Please visit Papal History/Notable Individuals/Cardinal Merry del Val for extensive information about his  life and career and Pope St. Pius X’s esteem for him.  His is a fascinating story. 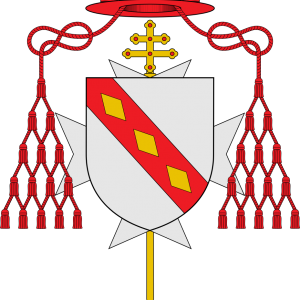 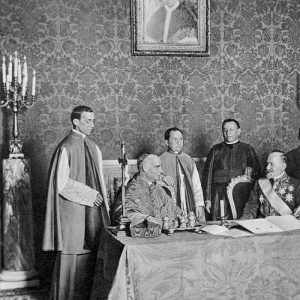 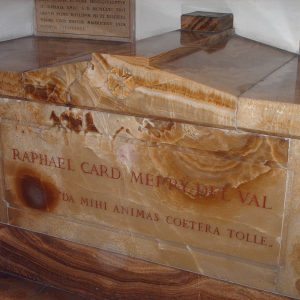