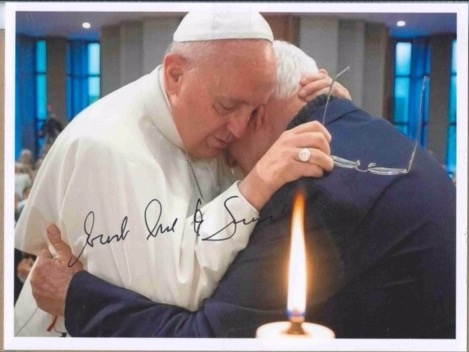 November 19, 2016: The Installation of Cardinal Ernest Simoni of Albania 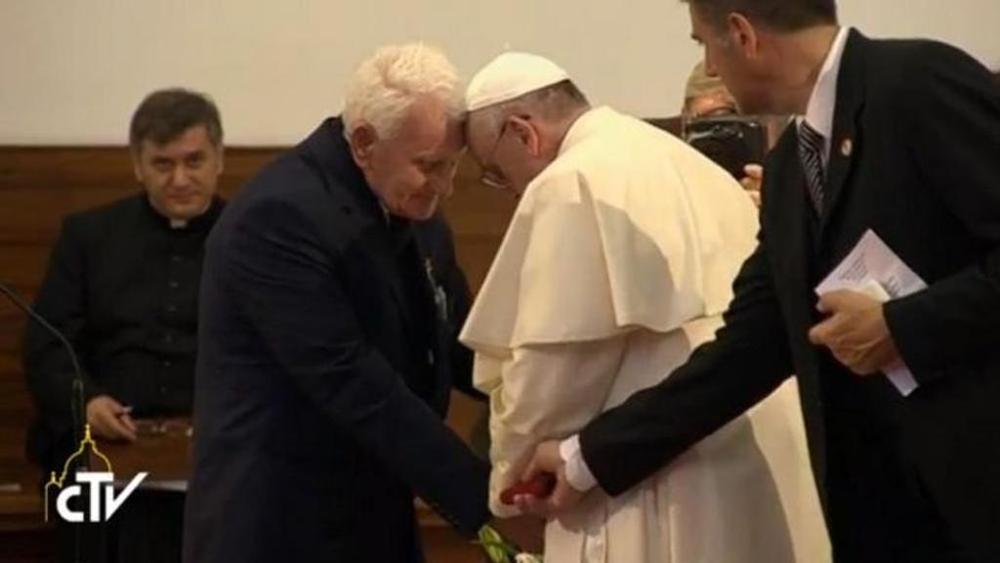 In the consistory of November 2016, among the 17 men Pope Francis elevated to the rank of cardinal was an 88-year-old priest who was neither a bishop nor of the eligible age to vote in a conclave.

Cardinal Simoni is one such individual whose story brought our Holy Father to tears.

The item featured here is an autographed photo of Cardinal Ernest Simoni of Albania with Pope Francis. 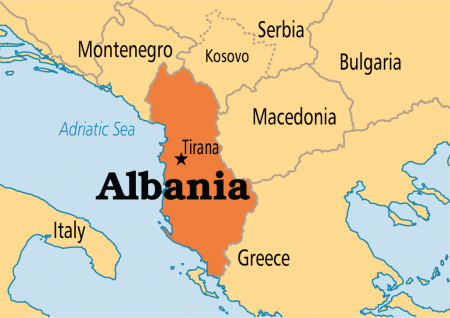 Why then, did Pope Francis name Father Ernest Troshani Simoni of the Archdiocese of Shkodrë-Pult in Albania to the College of Cardinals?

With the highly symbolic appointment, the Holy Father desired to honor the suffering of Albanian Catholics under what was perhaps the harshest communist persecution the world has known, and to draw attention to their courageous witness outside the small Balkan country of 2.7 million people.

The red worn by cardinals symbolizes the blood they are willing to shed for the Church. For most cardinals, it is a pious thought. For Cardinal Ernest Simoni, it is a reality.

It can be said that the persecution of the Church in Albania actually began when the Ottomans expanded their empire from Anatolia to the Balkans in the 14th century. The conquest of Albania was particularly brutal, which explains in part why Albania is a majority-Muslim country today while other Balkan nations remained Christian. The Catholic population remained very small after Albania declared independence from the Ottoman Empire in 1912; it is less than 20 percent of the nation’s population today. But in the tumult of the Second World War, fascist Italy invaded and annexed Albania as a part of its own empire. This was short-lived. As the Soviets won repeated victories over the Nazis in the Balkans, Albanian communist forces took control of the country. The leader of the Albanian Communist Party, Enver Hoxha, came to power and sought to reassert fiercely his country’s independence. Religion was a primary foe of his regime as he believed it to be a source of division, even though relations were peaceful among Muslim, Catholic, and Orthodox citizens.Pope Francis first met now-Cardinal Simoni on a one-day visit to Albania in September 2014. The Holy Father was brought to tears when listening to Father Simoni’s address on his sufferings and those of his countrymen persevering in their faith despite such brutal persecution. After Father Simoni’s address, Pope Francis stated: “I did not know that your people had suffered so much. Today, on the road from the airport to the square [I saw] all the pictures of the martyrs. One can see that this people still remembers those who have suffered so much. A nation of martyrs…Today we touched martyrs.”

Hoxha’s rule lasted from 1944 until his death in 1985. It was characterized by brutal Stalinist tactics, seeking to destroy any threat to Hoxha’s governance. The Catholic Church was the first and most fiercely targeted religious community, as the Vatican was seen as an agent of fascism and anti-communism. After China’s Cultural Revolution, Hoxha’s brand of communism took on a Maoist character. He declared his own “Cultural and Ideological Revolution,” and in 1967 Albania became the world’s first officially atheistic state. Torture, imprisonment, exile, and murder were common instruments of the communist regime against anyone suspected of challenging their ideology.

For those still practicing the Catholic faith, an effort was made to draw them into a new, state church with no connections to the Vatican. The harshest persecution was reserved for the bishops and priests who refused to facilitate this enterprise of apostasy.

Among the vast numbers of victims of the communist persecution in Albania, 38 were proclaimed “Blessed” by the Church as examples to all the faithful. Their beatification Mass was celebrated on November 5, 2016 by Cardinal Angelo Amato, just a few weeks prior to Father Simoni’s elevation to the cardinalate. Among the 38 beatified Albanian martyrs were two bishops, 21 diocesan priests, seven Franciscans, three Jesuits, one seminarian, and four laypersons. These martyrs were subject to torture and to the cruelest indignities before their deaths. But they never relinquished their faith in Christ and his Church. Two of the priests were drowned with their heads held in a latrine; another was buried alive. Maria Tuci, aged 22, who was pursuing religious life as a Franciscan sister, was stripped naked and stuffed in a sack with a wild cat readied to attack her. She would later die of her wounds.

Cardinal Simoni survived the persecutions, but was not exempt from imprisonment and torture for remaining faithful to his priesthood. He served an 18-year prison sentence with hard labor. He lived to be honored for his sacrifice by being made a cardinal and witnessing the beatification of his fellow Catholic countrymen, some of whom he knew personally. At the beatification Mass relics of the Albanian martyrs were brought forth Cardinal Simoni himself—the living martyr of Albania.