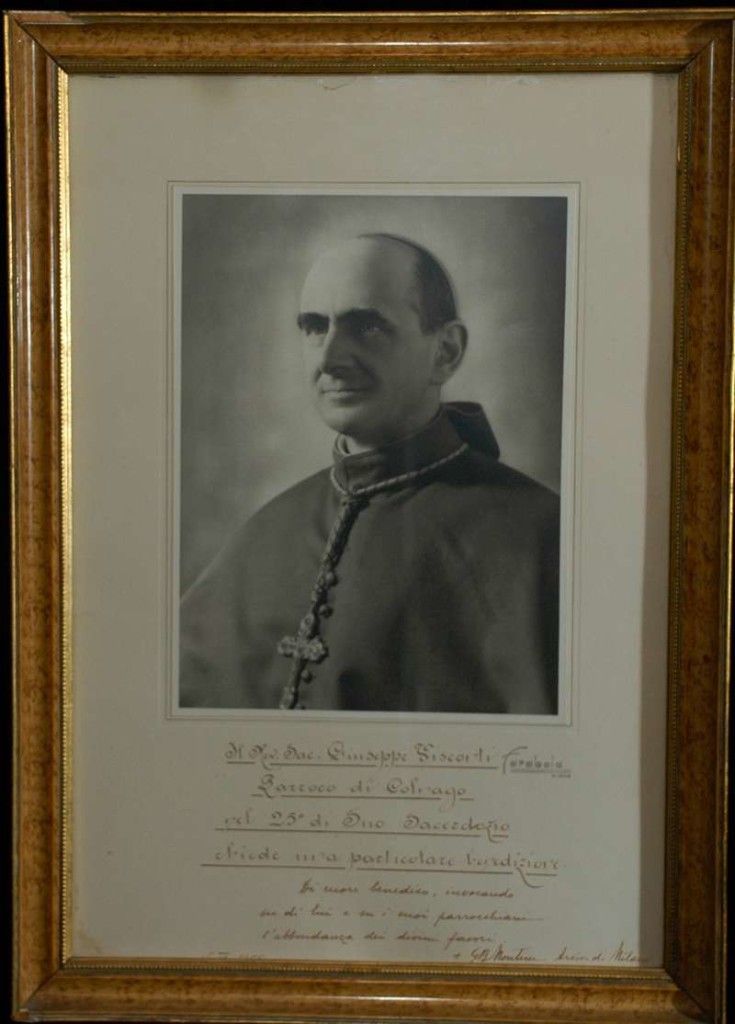 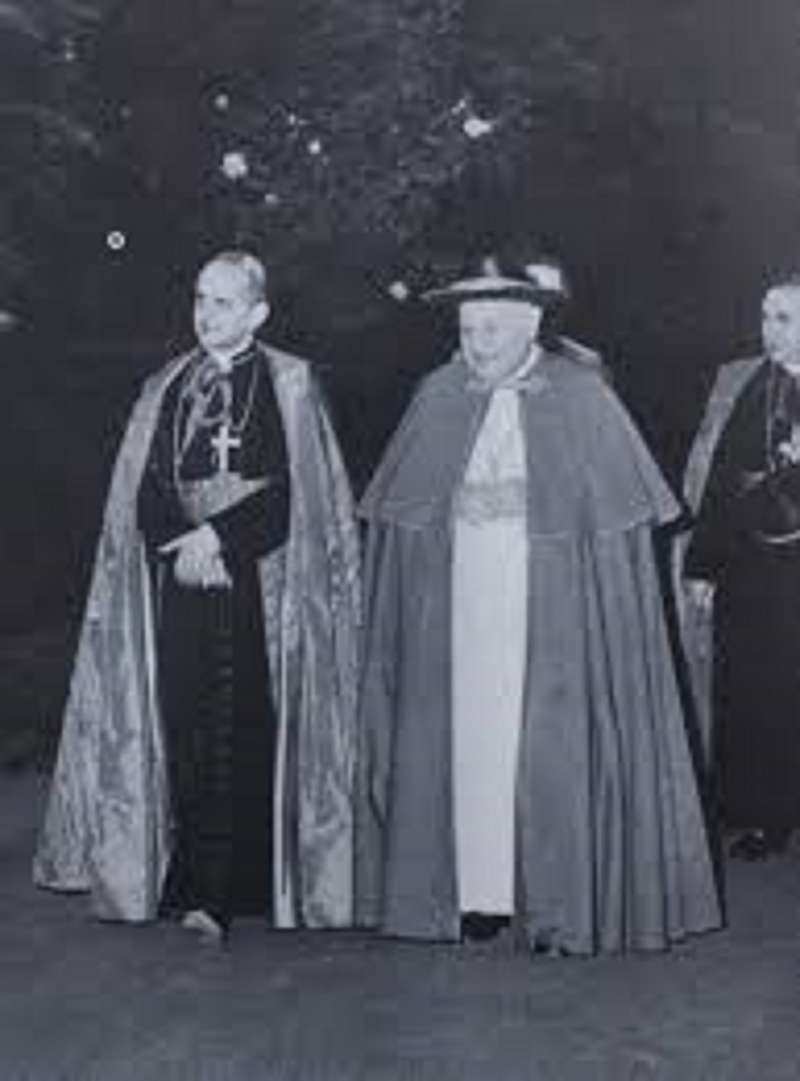 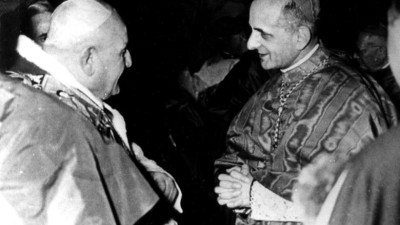 The item presented here is a very unique photo and blessing of Pope Paul VI while he was the Archbishop of Milan. It is dated 1955. His actual baptismal name, Giovanni Battista Montini is used.

About the Consistory of 1958 Creating Archbishop Montini of Milan a Cardinal:

Although some cardinals seem to have viewed him as papabile, a likely candidate to become pope, and although he may have received some votes in the 1958 conclave, Montini was not yet a cardinal, which made him an unlikely choice. Instead, Angelo Roncalli was elected pope on October 28th, 1958 and assumed the name John XXIII.

Not even a month later, on November 17th, 1958, L’Osservatore Romano announced a consistory for the creation of new cardinals. Montini’s name led the list. When the pope raised Montini to the cardinalate on December 15th, 1958, he became Cardinal-Priest of Ss. Silvestro e Martino ai Monti. He appointed him simultaneously to several Vatican congregations which resulted in many visits by Montini to Rome in the coming years.

As a Cardinal, Montini journeyed to Africa (1962), where he visited Ghana, Sudan, Kenya, Congo, Rhodesia, South Africa, and Nigeria. After his journey, John XXIII gave him a private audience on his trip which lasted for several hours. In fifteen other trips he visited Brazil (1960) and the USA (1960), including New York City, Washington, DC, Chicago, the University of Notre Dame in Indiana, Boston, Philadelphia, and Baltimore.

While a cardinal, he usually vacationed in Engelberg Abbey, a secluded Benedictine monastery in Switzerland.

Artifacts associated with or connected to Blessed Paul VI may be found on Papal Artifacts/Paul VI.  His biography, coat of arms, burial site in Saint Peter’s Basilica and YouTube about him are also located there.

Saint Paul VI, pray for us!

Pope Paul VI, the 262nd Vicar of Christ, reigned from 1963-1978.  Biographical information, a YouTube about Pope Paul VI, his coat of arms and burial site are on Papal History/Paul VI.  There are also many artifacts besides the ones featured here belonging to or associated with Blessed Paul VI on Papal Artifacts/Paul VI.

There is a very short clip of Giovanni Montini receiving the red hat, which depicts, in Italian, the pomp and pageantry of the 1958 consistory.