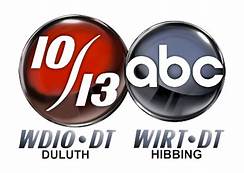 From the Vatican to a rural parish in Duluth, many people of many faiths celebrated one thing Easter Sunday.

“He died and was buried on Friday and he rose again on the third day,” young churchgoer Clayton Haller said.

The holiday meant packed pews at St. Joseph’s Catholic Church in Duluth. Every seat was taken and a group was in the overflow room downstairs.

“There’s a lot of people that we see once or twice a year,” Rev. Richard Kunst said. “I read a statistic recently; one third of the people that will show up at Mass on Easter only show up once a year.”

That is something Kunst hopes changes and the new leader of the Catholic Church may help.

“The thing I like about Pope Francis is not necessarily what he’s doing, but how everybody else is responding to him,” Kunst said. “He’s not saying anything different than what Pope Benedict said or John Paul before him. He’s just saying it in such a way that people are listening.”

There’s no doubt Pope Francis has had a lot of media attention, but it’s for good reason.

“He’s getting kids to drive in the Popemobile and he’s going out and being very attentive to the poor,” Kunst said.

Many people at St. Joseph’s Mass Sunday described the Pope as relatable.

“He’s just kind of laid back, more like the people,” Joan Johnson said.

“I think he’s doing a great job,” Steve Franckowiak said. “He’s really with the people who need help in the world.”

Kunst hopes that positive attention on the Pope will mean more Catholics in years to come.

“I’m hoping that someday every Sunday will be like Easter and Pope Francis will hopefully have a part in that,” Kunst said.

More than 150,000 tourists were at the Vatican Sunday to celebrate Easter.