When GK Chesterton Visited Duluth in 2021

March 11, 1921 remains an incredible day in Duluth, Minnesota, when GK Chesterton arrived amidst much fanfare to deliver a talk at the First M. E. Church on, “The Ignorance of the Educated.”

Given the fame of this scholar, it was quite a shock to pick up our morning paper today to find this information in a column called, “Bygones.”

We’d like to thank Mr. David Ouse, a retired librarian in Duluth, for the compilation of these (and daily) memories that are part of the archival history of Duluth, MN.  Some information is from the Minnesota Historical Society’s Digital Newspaper Hub.  The rest are from the archives of the Duluth Herald and News Tribune. 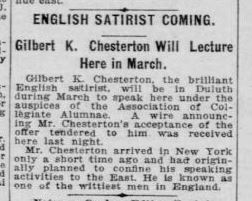 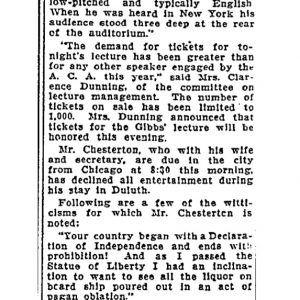 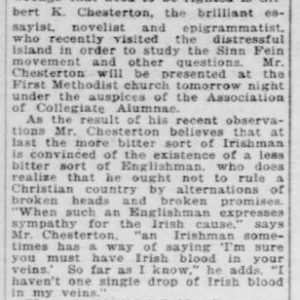 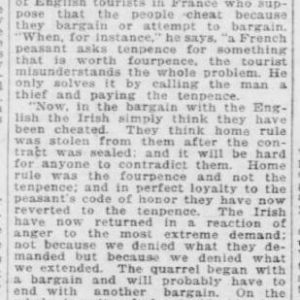 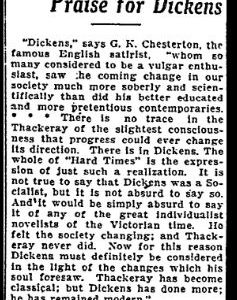 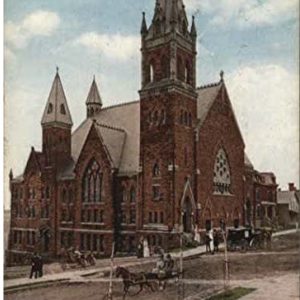 Another category is also included with this Collection: Notable Individuals.  These are people significantly associated with the Catholic Church who have not been canonized but contributed in outstanding ways to the church.  GK Chesterton is one of them. 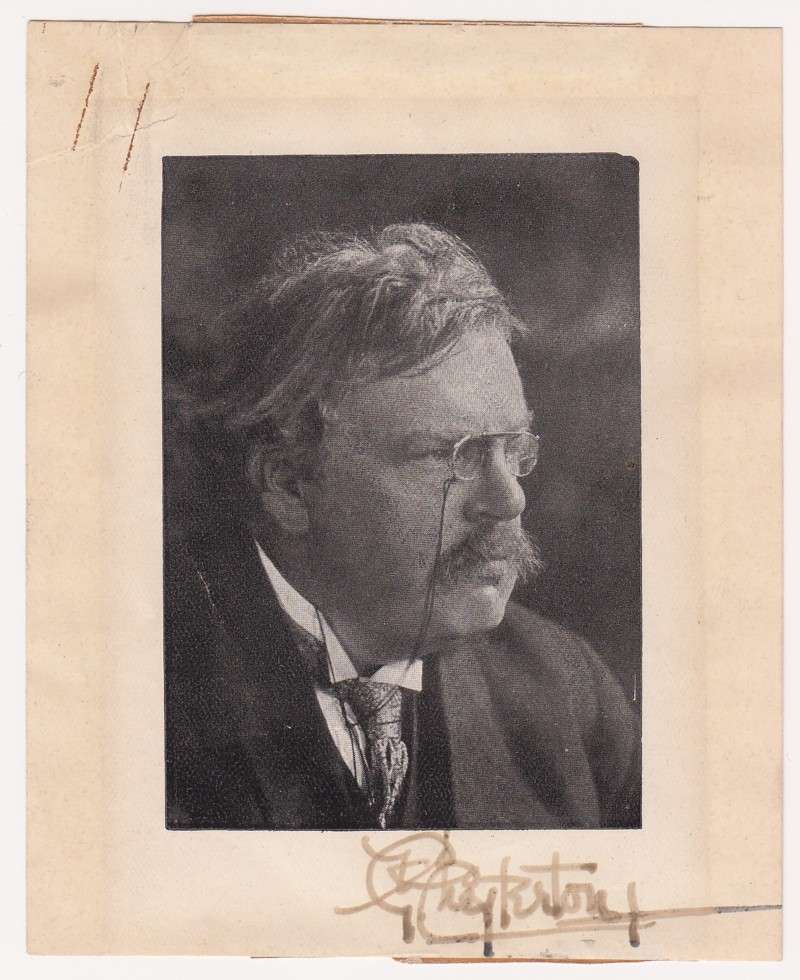 Papal Artifacts gratefully acknowledges www.ccel.org, the Christian Classics Ethereal Library for their generous use of this biographical information.